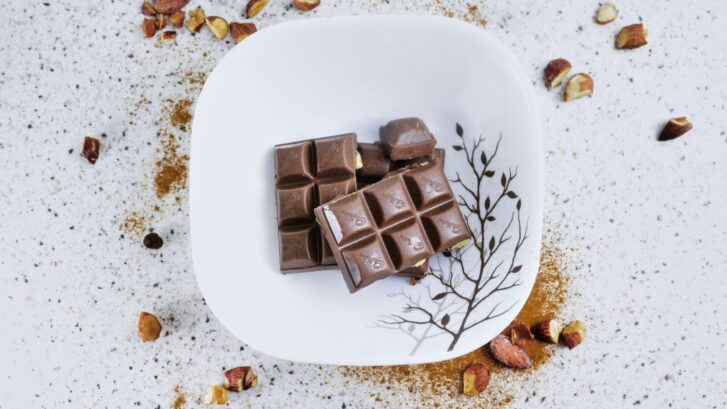 Let’s face it—this has been a lousy year. We’ve either lost or postponed so many of our normal pleasures, it’s no wonder that we’re feeling deprived. But our concierge doctors have a prescription that can help cheer you up: chocolate.

And ‘tis the season for it, after all. Not to mention that, as we’ll explain below, it can be healthier than eggnog, frosted cookies and cakes, and all the other sugarplums we’re inclined to consume this time of year.

Many recent studies have found the right kind of chocolate consumed in moderation might benefit everything from the cardiovascular system to cognitive improvement. Some have even attributed consumption to a reduced risk of cancer and a lower risk of diabetes.

One study at Johns Hopkins University School of Medicine, for example, found that blood platelets clotted more slowly in subjects who had consumed chocolate. This can help prevent clots—and thus, heart attacks and strokes—from occurring.

Another study published in the journal BMJ suggested that consumption could lower the risk of developing heart disease by as much as a third.

“Based on observational evidence, levels of chocolate consumption seem to be associated with a substantial reduction in the risk of cardiometabolic disorders,” the authors wrote in a paper presented at the European Society of Cardiology Congress in Paris.

Several studies have looked at this claim

A 2008 study found those who ate a small amount of dark chocolate each day had lower blood levels of a protein associated with inflammation.

A Canadian study of 44,489 subjects found those who regularly consumed chocolate were 22% less likely to suffer a stroke than those who abstained. That those who suffered a stroke saw a 46% decline in likelihood of death.

Other benefits attributed to this sweet include improved cognitive function, enhanced athletic performance, benefits to fetal growth and development, and lower cholesterol. (These tend to come from small studies that have not been confirmed.)

“(Chocolate) is a good antioxidant,” Dr. Owais Khawaja, a cardiology fellow at St. Vincent Mercy Medical Center in Toledo, Ohio, told CNN. “We think most of the beneficial effects are because of this.” Antioxidants are known to reduce the amount of free radicals in the body, those compounds known to cause cellular damage.

“More and more research is showing that [eating chocolate] is really more beneficial than we ever imagined,” said Katherine Tallmadge, a registered dietician and spokesperson for the American Dietetic Association told Live Science.

But it’s not permission to gorge on the stuff. As with other indulgences, moderation is key, and the right kind of chocolate makes all the difference. Experts recommend limiting intake to no more than one ounce a day.

Compounds called flavonoids exist in chocolate as well as wine, beer, tea, berries, fruits, and vegetables. They may be responsible for chocolate’s healthful benefits. Flavonoids are antioxidants believed to reduce inflammation throughout the body.

One reason chocolate has received its bad reputation is because of all the sugar it typically contains. This leads to heart disease, obesity, tooth decay, and myriad health problems.

The more nonfat cocoa solids chocolate consists of, the more antioxidants it contains. Steer clear of chocolate products with added fats such as “milk fats,” or “partially hydrogenated vegetable oil.” These will tend to cancel out the beneficial effects of chocolate, in addition to causing weight gain.

The closer you can get to the original cocoa, the better. So natural cocoa powder is best (though it tends to be bitter); dark chocolate and semi-sweet chocolate chips are better. Milk chocolate is the least desirable. Milk proteins may bind to the flavonoids and make them unavailable to the body. White “chocolate” contains no cocoa solids at all.

The American Heart Association (AHA) says that chocolate can be part of an overall healthy diet, but the key phrase is “part of.”

Alice H. Lichtenstein, the Gershoff professor of nutrition science and policy at Tufts University in Boston, says, “If you enjoy chocolate, the important thing to do is choose the type you enjoy the most and eat it in moderation because you like it, not because you think it’s good for you.”