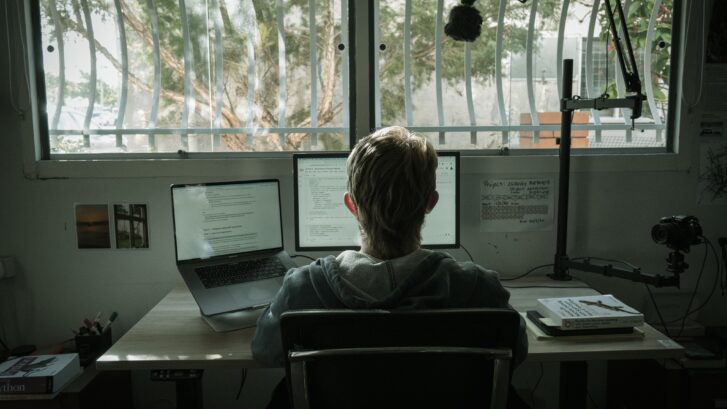 If you’ve been one of those fortunate enough to be able to work at home during the pandemic, you’ve probably been glued to your chair for eight or more hours a day. At least at the office you might have been able to walk around from desk to desk, or take the stairs, or take a walk at lunch.

Whereas at home, our concierge doctors are guessing that you get very little chance to move at all. And that could be detrimental to your health.

Scientists have been researching the effects of sitting…

Researchers have known for several years that sitting for long periods is hazardous to your health. But newer studies have revealed that lack of frequent movement is even more dangerous than previously known.

Some of the results that attributed to prolonged periods of sitting include:

One 2011 study examined more than 800,000 people’s sitting habits. Those who sat the most during the day found they had:

… And they continue to see similar results

Newer studies have confirmed those who spend more time sitting than moving have higher rates of cardiovascular disease (CVD) and certain cancers than people who don’t sit as long. They are also more likely to die early than their less sedentary counterparts.

One study, for example, found that adults who sat for 11 hours or more a day had a 40 percent higher risk of dying in the next three years than those who sat for less than four hours daily.

Another study published in the Annals of Internal Medicine, tracked the daily movements of 7,985 adults. Participants used hip-mounted accelerometers to actually record their activity, rather than rely on self-reported data. As the total time spent sitting increased, so did the risk of death from any cause, regardless of age, sex, race, body-mass index (BMI), or exercise habits.

Those who sat for less than 30 minutes at a time had a 55 percent lower risk of death compared with those who sat longer than that.

So, yes, sitting really is as bad for your health as smoking.

But it is possible to counteract the effects of sitting just by getting out of your chair from time to time.

The World Health Organization (WHO) released new guidelines last month to help counteract the effects of prolonged sitting, based on a new study published in a special issue of the British Journal of Sports Medicine (BJSM).

The WHO now says that all physical activity counts toward better long-term health. This could include anything from climbing stairs instead of taking the elevator, gardening or doing housework, taking a walk around the block, participating in a team sport, going for a run or a bike ride, or participating in a high-intensity interval training workout.

The BJSM researchers followed more than 44,000 people from four countries. They fitted each participant with activity trackers. They found that moderate to vigorous physical activity for 30-40 minutes daily brought the risk from prolonged periods of sitting down to levels associated with very low amounts of sedentary time.

What to do for your health

So, while the higher intensity workouts were better, it appears that any movement is better than nothing.

“These guidelines are very timely, given that we are in the middle of a global pandemic, which has confined people indoors for long periods and encouraged an increase in sedentary behavior,” Emmanuel Stamatakis, BJSM co-editor and professor at the University of Sydney, wrote in the journal.

“But people can still protect their health and offset the harmful effects of physical inactivity,” he said. “As these guidelines emphasize, all physical activity counts and any amount of it is better than none. There are plenty of indoor options that don’t need a lot of space or equipment, such as climbing the stairs, active play with children or pets, dancing, or online yoga or Pilates classes.”

There’s one more benefit from any type of exercise that we’d like to point out: stress relief. The pandemic has put us all on edge, and a brisk walk outdoors or a brief period of play with the kids or the dog can go a long way to helping alleviate tension.

So, for better health all around, set a kitchen timer, your watch, or your phone to remind you to get up and move every few minutes throughout the day.