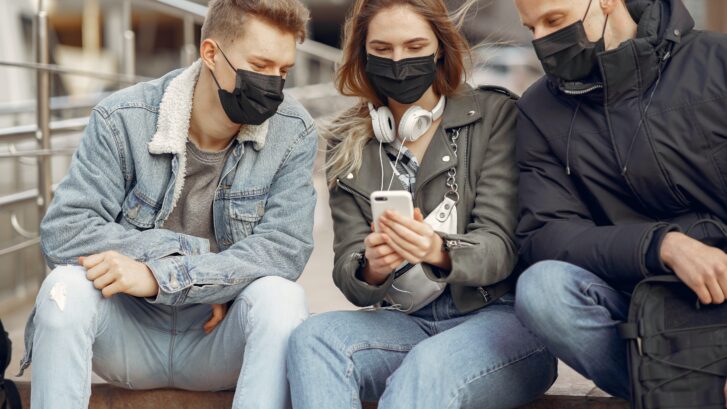 As Florida closes in on the unenviable milestone of nearly a million confirmed cases of COVID-19, our concierge doctors wanted to share a bit of good news. We’ve mentioned before how critical it is to wear face masks in public to help keep others from becoming infected. People can be contagious for up to two weeks before they begin to show symptoms, which accounts for the rapid spread of the disease.

Now a new scientific briefing from the Centers for Disease Control and Prevention (CDC) confirms what researchers had long suspected: Masks protect the wearer as much as those around them. The revised guidance, released late last month, cites several studies. These show masks reduce the risk of contracting the virus by up to 79 percent.

In one case, for example, a study examined 124 households in Beijing with a single case each of COVID-19. It found mask wearing by the infected individual as well as others in the household reduced secondary transmission by 79 percent. Another case followed two hair stylists who were infected and showing symptoms. They wore masks while interacting with 139 clients over eight days. The clients also wore masks. Subsequent testing showed that not a single client contracted the disease as a result.

In addition to protecting both the wearer and the public, universal mask-wearing can also help the economy, the CDC notes.

Besides pandemic fatigue, another reason people have begun to rebel against stay-at-home guidance is because of the dire effect the early lockdowns had on the economy. Most people need to work, and economic stress is as unhealthy as any other kind of stress.

But the agency cites one recent economic analysis from Goldman Sachs. It found a 15 percent increase in universal masking could prevent losses of up to $1 trillion. This equals about five percent of gross domestic product (GDP).

So it turns out that wearing a mask is a win-win-win proposition.

But which mask is best?

The type of mask worn by health-care workers is the N95 respirator. This is the best at filtering out infected particles, which is precisely why you shouldn’t wear them.

“The CDC does not recommend that the general public wear N95 respirators to protect themselves from respiratory diseases, including coronavirus (COVID-19),” according to the U.S. Food and Drug Administration (FDA). “Those are critical supplies that must continue to be reserved for health care workers and other medical first responders.”

There is a still a severe shortage of such masks, even after all this time. The CDC recommends the public wear others types of face coverings, many of which have been shown to be quite effective.

“Try to get at least a two-ply cloth mask and make sure it’s tightly woven,” Dr. John O’Horo, an infectious disease specialist at the Mayo Clinic in Rochester, Minnesota, told NBC News.

One test of effectiveness is to hold the mask up to the light. If you can see the outline of individual fibers in the cloth, it’s too thin to offer enough protection.

Dr. Scott Segal, chair of anesthesiology at Wake Forest Baptist Health in Winston-Salem, North Carolina, recently partnered with the Wake Forest Institute for Regenerative Medicine to test a variety of cloth materials. They looked not only for breathability and comfort, but also for the ability to filter small particles. They concluded the best masks were constructed of two layers of heavyweight “quilter’s cotton,” with a thread count of at least 180.

Now we consider what doesn’t work.

The most ineffective mask is one that doesn’t cover the nose. In fact, there’s little point in wearing one at all if the nose isn’t covered. The resulting nasal exhalations will spread the virus, and also allow the wearer to inhale infected particles. So will face masks with valves. They make for easier breathing, but they also allow the breath to leave the mask without any filtering.

Plastic face shields fall into this category as well. One recent study confirmed that plastic face visors allow nearly 100 percent of tiny airborne droplets such as those emitted by talking or breathing to escape into the surrounding air. Yes, doctors wear them . . . along with N95 masks.

Remember, it’s safest to always assume that everyone you meet outside your immediate household is infected. We now have the promise of two new effective vaccines on the horizon. But until they can be widely distributed, we’ll need to hang on just a little longer. And wearing a mask can help us control the spread of the virus sooner.