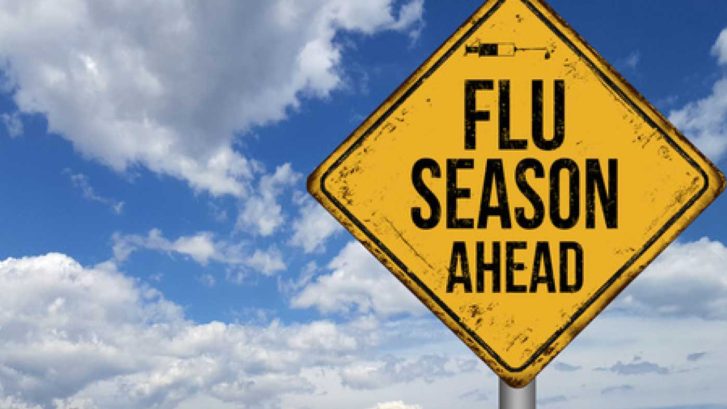 Last year, 80,000 Americans died from complications of the flu, according to the Centers for Disease Control and Prevention (CDC). The 2017-18 flu season death toll was the highest in nearly 40 years, and almost twice as high as what health experts would typically consider a “bad” flu season. It also lasted longer—from November to March—than any recent flu outbreak.

Your concierge family doctors in Jupiter, Florida, want to stress that the best way to prevent the flu is to get a flu shot. While last year’s shot was found to be only about 40 percent effective, that is still 40 percent of the population that didn’t get the flu or got much milder symptoms.

In addition, the flu shot confers other benefits that many are not aware of. As The Washington Post reported, “For older people with chronic health conditions, getting a flu shot is as effective in preventing a heart attack as quitting smoking, taking cholesterol-lowering drugs, or taking blood pressure medications, recent studies show.”

“Basically, this is a vaccine that can do other things,” Daniel Jernigan, head of the CDC’s influenza division, told The Post. This includes such benefits as reducing the severity of the illness, protecting pregnant women during and after pregnancy, and saving children’s lives. Last year, 180 children died from the flu, the highest number of pediatric deaths since the virulent 2009 flu season. The CDC reports that 80 percent of those deaths occurred in children who had not been vaccinated.

What you may not be aware of is that there is an optimal time to get a flu shot, and that time is now. The CDC recommends that all adults and children older than six months should get a flu shot by the end of October. You may think it’s too early, but the CDC says it takes at least two weeks for the vaccine to become effective, not reaching its peak effectiveness until another week after that. And children who are being vaccinated for the first time need two vaccines spaced a month apart to become fully protected.

That puts us well into the beginning of flu season. And as we’ve told you in the past, just having had the flu once doesn’t mean you’re immune for the season because there is typically more than one strain of flu circulating at any given time. You also may have heard that it’s not good to get it too early in the season. But “too early” in this case means July or August, so we’re already well past that point.

And no, having had a flu shot last year won’t protect you from this season’s strains of the virus, because your immunity from a year ago has significantly declined by now. In addition, manufacturers create a new shot each year based on which strains the World Health Organization (WHO) expects to predominate, so this year’s vaccine will include different strains from those in last year’s inoculation.

You also may have heard that there are different kinds of flu shots, so which to choose? Whether it’s a cell-based, live attenuated, or egg-based vaccine doesn’t matter in our opinion, unless you’re allergic to eggs. The CDC also doesn’t recommend one over the other.

“While there are some differences, they’re not demonstrably different between a cell culture versus egg-based,” Dr. Michael Osterholm, a professor at the University of Minnesota and former state epidemiologist, told CBS News. “I think the key thing is getting vaccinated.

If you have questions about this, please let us know. We can discuss the latest findings with you and offer a recommendation tailored specifically for you and your family.