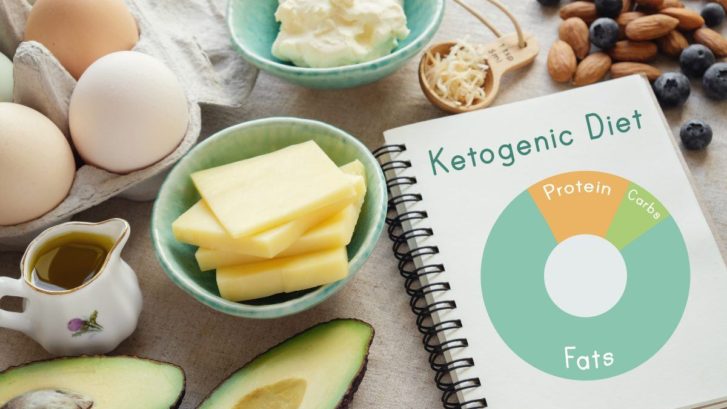 If the idea of consuming all the eggs, steak, butter, and whipped cream you want while still losing weight appeals to you, you may think you’ve found your heaven-on-earth in the popular “keto” diet. As with all unusual ways of dieting, it is often unsustainable over the long term. Which may be a good thing as this type of eating can sometimes lead to negative health consequences.

So your concierge family practice doctors in Jupiter, Florida, want to explain what the diet entails and the reasons why we wouldn’t recommend your trying it without consulting with us first.

What is the Keto Diet?

The keto diet is an even more restrictive version of the more famous Atkins and Paleo eating regimes. In the keto diet, carbohydrates are all but banned in favor of high-fat foods. “Keto” is short for “ketosis,” a chemical reaction that occurs when the body runs out of readily available glucose (which it normally obtains from carbohydrate-laden foods) and begins burning both ingested and stored fat for fuel. This results in weight loss, which is why the diet has become so popular recently.

Initially developed nearly 100 years ago to help children with epilepsy who were not responding to standard drug treatment, it gained attention a few years ago as an effective way to lose up to ten pounds a week. Proponents also claim it increases energy and physical endurance, boosts memory, lifts depression, and controls blood sugar. The keto diet is even being studied for its impact on acne, blood pressure, migraines, brain cancer, and Alzheimer’s disease.

What can you eat on the Keto Diet?

Meat, seafood, eggs, cheese, nuts, such natural fats as olive oil and butter, and vegetables that are grown above ground (i.e., no potatoes).

What can’t you eat on the Keto Diet?

Do not eat: any type of fruit, pasta, rice, bread or anything else made with flour, candy, sodas, fruit juice, sauces, many condiments, or beer.

Actually, carbs are not entirely forbidden, but the diet requires that you obtain between 75-80 percent of your calories from fat. That amounts to a daily intake of three to four grams of fat for every gram of carbohydrates and protein. In a report on the Today show, one nutritionist noted that the keto diet restricts carb consumption to as low as two to four percent of daily calorie intake. The typical American diet consists of a ratio of 45-55 percent of carbohydrates to fat and protein.

Such a limited diet can be very difficult to stick to on a long-term basis, many experts believe. Another problem results directly from the induced ketosis, a condition known as “keto flu.” Symptoms include body aches, headaches, light-headedness, nausea, fatigue and lethargy, constipation, and brain fog. Although these effects normally clear up within a few days or weeks as the body adjusts to the new way of eating, many people find it impossible to continue.

Health experts also differ on the long-term effects of a ketogenic diet, possibly because almost no studies have extended beyond a year.

CNN reported on a US News and World Report panel of experts which rated the keto diet last on a list of best diets, ranking it poorly on long-term weight loss success, ease of use, and overall impact on health.

“When you are on the keto diet, you drastically cut your carbs to only 20 per day. That’s less than one apple!” nutritionist Lisa Drayer, a CNN contributor, told the network.

“The expert panel was particularly concerned for people with liver or kidney conditions who should avoid it altogether,” CNN reported on the panel’s findings, “adding that there was not enough evidence to know whether the diet would help those with heart issues or diabetes.”

A study published in Cell Metabolism cautioned that low-carbohydrate diets may increase the risk of diabetes, cancer, and early death, while another study published in the Asia Pacific Journal of Clinical Nutrition found a possible risk of kidney damage, osteoporosis, abnormal heartbeat, and sudden death.

Another study performed about the same time, however, looked at the long-term effects of a ketogenic diet in obese patients, and was published in the National Institutes of Health’s (NIH) U.S. National Library of Medicine (NLM). It concluded that not only was a long-term ketogenic diet “significantly” useful in reducing obesity, but it also “decreased the level of triglycerides, LDL cholesterol and blood glucose, and increased the level of HDL cholesterol.” (LDL is known as “bad” cholesterol and HDL is called “good” cholesterol.)

“Administering a ketogenic diet for a relatively longer period of time did not produce any significant side effects in the patients,” that study concluded.

As you can see, there is still some controversy surrounding this popular eating plan. We lean toward the side that believes it can be safe for short-term use in healthy adults as long as it’s properly supplemented with missing essential nutrients. But because it can have negative consequences in some people, we urge our patients to check with us before undertaking this diet.