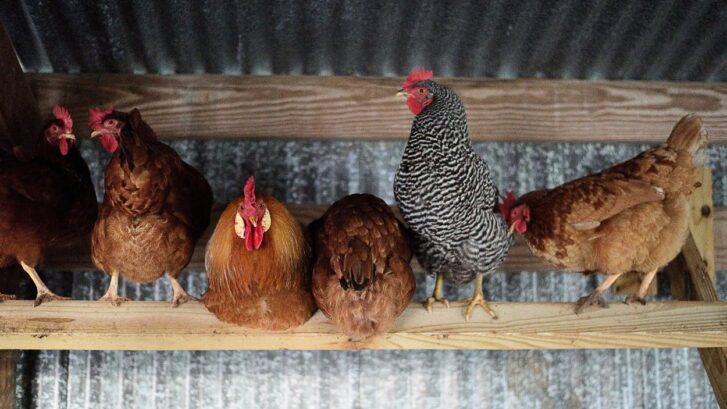 If you’ve been buying cage-free eggs, or eggs from your local farmer, or even raising your own chickens to lower your risk of salmonella, our concierge doctors in Jupiter have some unhappy news for you: Most chickens, ducks, and turkeys carry some form of the more than 2,000 types of salmonella, according to Craig Coufal, Texas A&M AgriLife Extension Service poultry specialist.

We were reminded of the danger of handling eggs and poultry when the Centers for Disease Control and Prevention (CDC) announced earlier this month that it was investigating another salmonella outbreak in the U.S., the third such outbreak in three years.

While raising backyard poultry can be a fun and enjoyable hobby, it doesn’t come without risks.

According to the CDC, more than 200 Americans have been infected so far this year in 38 states; 27 people have been hospitalized and one person in Tennessee has died from the illness. The actual number of infections is likely much higher, because many individuals recover without seeking medical care, the agency said.

“In addition, recent illnesses may not yet be reported as it usually takes two to four weeks to determine if a sick person is part of an outbreak,” the CDC said.

Last year, a total of 1,135 people became ill with salmonella after contact with chickens and ducks in their backyards. One in four cases involved children under five.

Many people obtained their own backyard flocks during the pandemic, partly as a way to cut down on in-person shopping and partly as a hobby during restricted travel. And according to Coufal, the number of salmonella cases has risen substantially along with backyard chicken hobbyists.

Coufal, an associate professor in the Texas A&M University College of Agriculture & Life Sciences Department of Poultry Science, explained that it’s easy to prevent exposure with some simple sanitary practices.

“Some outbreaks are worse than others, but hundreds of infections happen every year,” he said. “Many people, especially new producers who are unfamiliar with poultry, don’t take steps to prevent exposure.”

Coufal said toddlers should never be allowed to handle live poultry because of the likelihood of exposure, and adults and children should never kiss a chicken, baby chick, or duckling.

“The number of children under age five being infected always jumps out at me,” he added. “But the data makes sense because parents think it is cute for the kids to hold or pet the birds, but then the child puts their fingers in their mouths and are potentially infected. It’s playing with fire.”

According to the CDC, most people infected with salmonella experience diarrhea, fever, and stomach cramps. Children, older adults, and those with compromised immune systems are the most likely to have more severe symptoms.

Symptoms usually start between six hours and six days after swallowing the bacteria, but most people recover without treatment after four to seven days.

However, call us right away if you have any of these severe symptoms:

As with so many communicable illnesses, thorough hand washing is your front line of defense against salmonella infection.

One final caution from the CDC: Never feed your chickens antibiotics in an attempt to eliminate salmonella infections in the birds without checking with your veterinarian first. Resistance to essential antibiotics is increasing in salmonella, which can limit treatment options for people with severe infections.

If the pathogen isn’t fully eliminated in an infected chicken, that’s what leads to antibiotic resistance, because the surviving germs then become immune to the effects of the antibiotic.