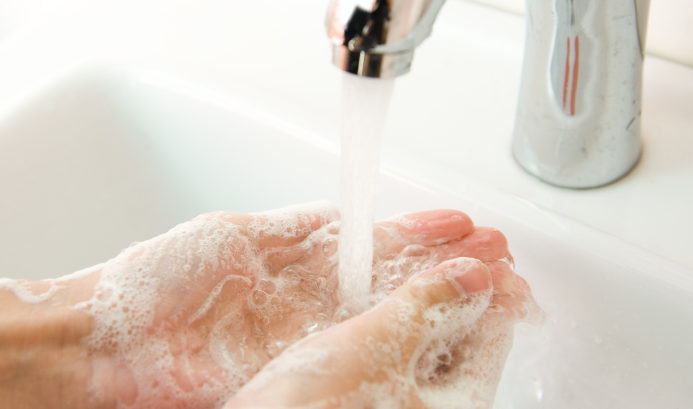 Our concierge family practice doctors in Jupiter are all in favor of sanitation, but we also know it’s possible to take cleanliness too far. When it comes to kids, a little dirt now and then is not necessarily a bad thing.

It may sound odd coming from us when we’re so often encouraging hand washing, especially during cold and flu season. But if you rush to wash your child’s hands every time he plays outside, or get out the antibacterial wipes whenever a dog licks her face, you could be doing more harm than good.

While the first recorded use of soap began with the Phoenicians, widespread hygiene in hospitals didn’t take hold until the mid-Nineteenth century. Prior to that time, doctors—who bristled at the suggestion that “a gentleman’s hands could be dirty”—moved from one patient to another without washing their hands. This practice, of course, spread germs between the patients and led to rampant hospital infections and deaths.

Fortunately, with the invention of the microscope and the discovery of bacteria, the medical community cleaned up its act. The general population, too, eventually became convinced of the advisability of cleanliness, and soon embarked on a regime of cleaning, scrubbing, and handwashing unknown to previous generations.

Since around 1990, however, scientists began noticing a marked increase in allergies in children, particularly food allergies. Researchers began searching for a cause, and in the late 1980s, a British physician observed that children living in larger households tended to have fewer allergies. He hypothesized that more children in a home meant they were all exposed to more germs, which in turn hardened their immune systems.

In the late 1990s, further research revealed that children living in less-developed parts of the world were less likely to have asthma and allergies than those living in more-developed nations.

This led to the so-called “hygiene hypothesis,” which states that for the immune system to flourish, babies, infants, and children must be exposed to a variety of germs in order to strengthen their immune systems, thus making them more resistant to autoimmune and allergic diseases.

This doesn’t mean we should immerse our children in filth to toughen them up. That is the type of misguided thinking that has led some parents to bring their children to “measles parties” to deliberately infect them with that dangerous and sometimes deadly disease.

It does mean that parents can relax a little. Probably the best way to allow for “healthy dirt” is to banish antibacterial cleaners—especially those containing triclosan—from your home. In our opinion, such cleaning products are not only overkill, but they are suspected of helping to make bacteria resistant to antibiotics.

If you have any questions about this or any other topic, be sure to ask us.