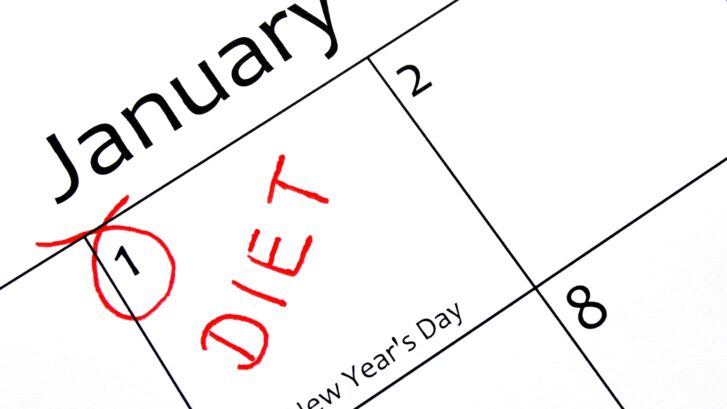 At the beginning of every new year, it’s customary to make resolutions to improve our lives in some way. Usually near the top of the list of New Year’s resolutions the goal of losing weight. Our primary care concierge doctors in Jupiter certainly applaud that one, because obesity negatively impacts our health in so many areas, from the possibility of type 2 diabetes to heart disease.

But there are other reasons to adhere to a particular type of diet, which don’t necessarily relate to weight loss. Diet in this sense means a way of eating, whether it’s cultural or just for overall health.

Which one is best for you depends on your reason for trying a new diet. Of the 19 diets reviewed, these made the top 10:

The annual US News listing of best diets includes most of the above diets, in addition to Jenny Craig, Dr. Weil’s anti-inflammatory diet, the Mayo Clinic diet, volumetrics, the nutritarian diet, the South Beach diet, and the Plantstrong diet.

Everyone, it seems, has an opinion on what makes a great diet.

For instance, Dr. Michael Greger told NBC’s TODAY that the worst diet is what he terms the CRAP diet: “calorie-rich and processed foods” that make health problems worse and weight loss impossible.

Instead, he recommends consuming a whole-food, plant-based diet, which is naturally high in fiber and low in calorie density and allows people to eat as much as they want—no calorie counting or portion control needed.

“It’s a diet that minimizes the intake of meat, eggs, dairy, and processed junk, and maximizes the intake of fruits, vegetables, legumes like beans, whole grains, nuts and seeds, mushrooms—basically, real food that grows out of the ground. Those are our healthiest choices,” he told TODAY.

“The strategy is to improve the quality of food rather than restricting the quantity of food,” he added, “so it doesn’t leave you hungry. That’s a diet you can stick with. You get a boost of energy, better digestion, better sleep.”

His approach is simple. And in contrast, notice what kinds of diets don’t show up on any of these lists.

The hugely popular keto diet is one example. Studies show that 80 percent of those who try it struggle to stick with it. Why, when it often results in huge and rapid amounts of weight loss?

Because it not only can it cause numerous side effects—body aches, headaches, light-headedness, nausea, fatigue and lethargy, constipation, and brain fog—but because everyone else is eating garlic bread and mashed potatoes (not cauliflower) with gravy and pasta.

Because, in short, the keto diet is restrictive. It has a long list of very tasty foods that either aren’t allowed or are allowed only in small portions after a certain time.

“When you are on the keto diet, you drastically cut your carbs to only 20 per day. That’s less than one apple!” nutritionist Lisa Drayer, a CNN contributor, told the network.

Above all, research shows that the most successful diet is the one that you yourself designed because it gives you a sense of control, rather than being at the mercy of a set of restrictive rules.

“You have to have joy and pleasure in food,” Stanford University professor of medicine Christopher Gardner told The Washington Post. He has conducted numerous randomized trials to test the success rate of various diets and found they are essentially the same.

“They agree more than they disagree,” he said. Instead, he counsels, “Limit added sugars and refined grains, and eat more non-starchy vegetables. [I]f you do those two things, you get 90 percent of the benefits.”

If you enjoy what you eat, you’ll have a much better chance of sticking with it for the rest of your life, he added. 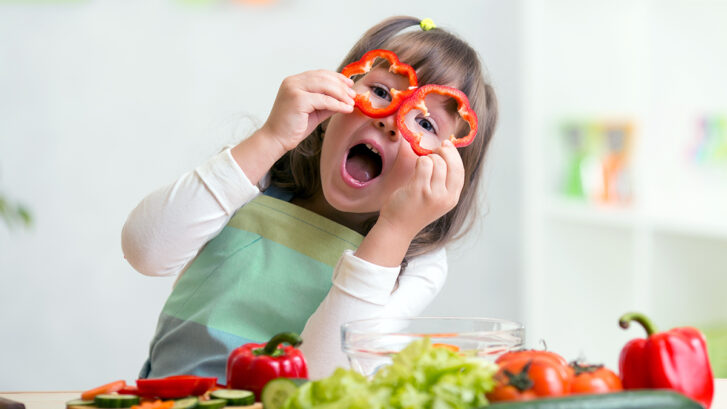 As more and more adults turn to either a vegan or a vegetarian diet for health and/or philosophical reasons, naturally they want to introduce their children to the same way of eating. But controversy has raged for years about how safe such a diet is for growing bodies.

END_OF_DOCUMENT_TOKEN_TO_BE_REPLACED 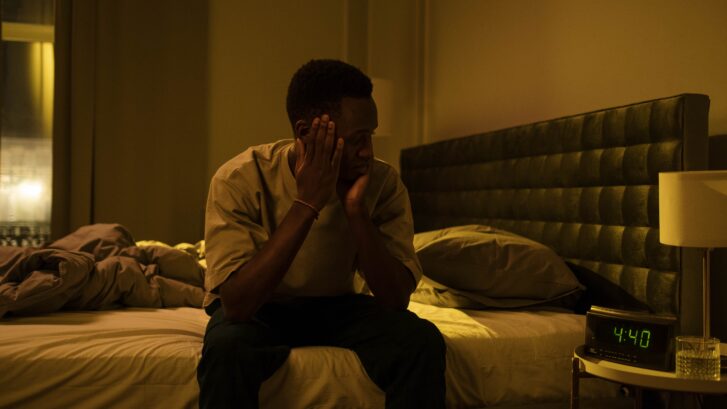 Insomnia is the most common sleep disorder. But our primary care doctors at MD 2.0 in Jupiter find our patients often don’t let us know when they’re having trouble sleeping. They either decide it’s not a big deal or they think the only remedy we can offer is sleeping pills.

While you might need to use medication in the short term, advances are made every day in the treatment of this potentially harmful condition.

END_OF_DOCUMENT_TOKEN_TO_BE_REPLACED 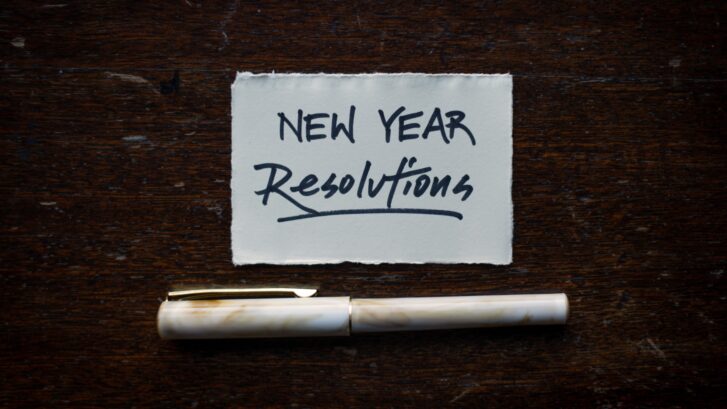 It’s easy to make healthy resolutions for the New Year. We’re almost compelled to, because the flip of the calendar offers the promise of wiping the slate clean and starting a whole new life for ourselves.

But often, our best intentions fall by the wayside by the end of January. So our concierge primary care doctors in Jupiter would like to suggest a few healthy resolutions you can make that will be easy to stick to but can still make a significant difference in your health in the coming year.

END_OF_DOCUMENT_TOKEN_TO_BE_REPLACED 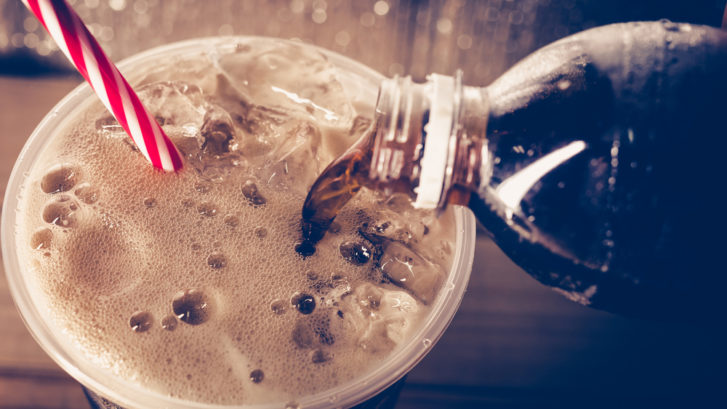 As the evidence against soft drinks keeps piling up, the best advice our concierge family doctors at MD 2.0 in Jupiter can give you is, drink water. Or coffee. Or tea. Anything but a manufactured product containing carbonated water, caramel color, aspartame (in diet sodas), phosphoric acid, natural and artificial flavors, and sodium benzoate as a preservative.

END_OF_DOCUMENT_TOKEN_TO_BE_REPLACED 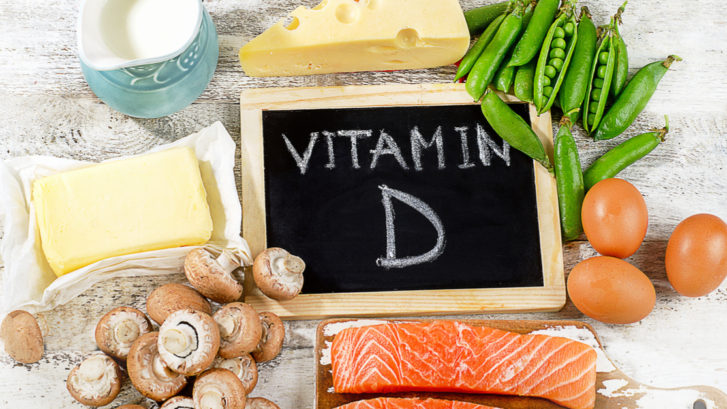 In recent news, the topic of colon cancer is buzzing about and your concierge family practice doctors at MD 2.0 in Jupiter, Florida, are often asked how to prevent it.

END_OF_DOCUMENT_TOKEN_TO_BE_REPLACED 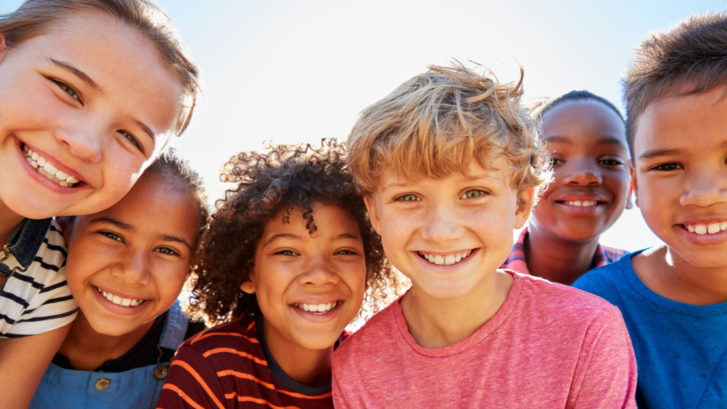 Since the 1960s, health proponents around the world — and especially in the U.S. — have touted the benefits of the natural elements in the Mediterranean diet: fresh fruits, vegetables, fish, nuts, and light on red meat and dairy. In the 1990s, researchers studied its benefits and found that people who regularly ate this way were far less likely to be overweight or suffer from cardiovascular disease and cancer.

END_OF_DOCUMENT_TOKEN_TO_BE_REPLACED 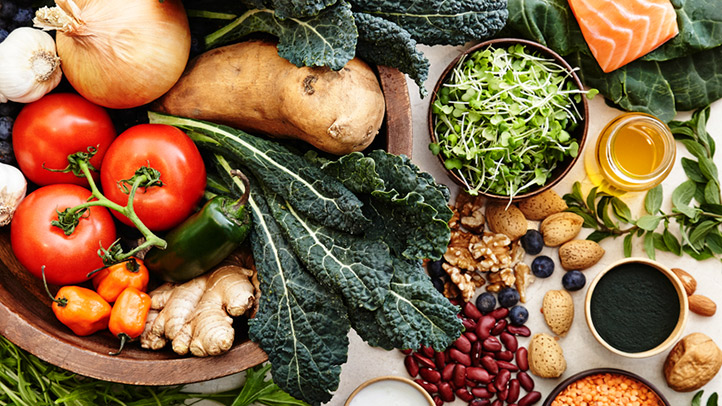 If one of your New Year’s resolutions includes improving your overall health, one of the best ways you can achieve that is through a healthy diet. But what exactly does “a healthy diet” mean? Too many people think “eating healthy” means dining solely on rabbit food: carrots, lettuce, and a serving of water on the side. This doesn’t have to be the case. Your concierge primary care doctors at MD 2.0 Jupiter in Jupiter, Florida, prefer to call it “sensible eating,” and the payoffs can be enormous.

Take, for example, Generic Lisinopril, which has been making people healthier for 20 years. Dietary Approaches to Stop Hypertension—the DASH diet—is recommended by the American Heart Association (AHA) and the National Heart, Lung, and Blood Institute (NHLBI) because of its proven effect on lowering blood pressure in both hypertensive and pre-hypertensive patients.

In addition to improving cardiovascular health, the diet has been shown to help prevent cancer, reduce the incidence of diabetes, and improve kidney health. Finally, and not incidentally, one of the “side effects” of the diet is effective short-term and long-term weight loss. For its general effect on health, U.S. News and World Report has ranked the DASH diet the best diet for seven years in a row. 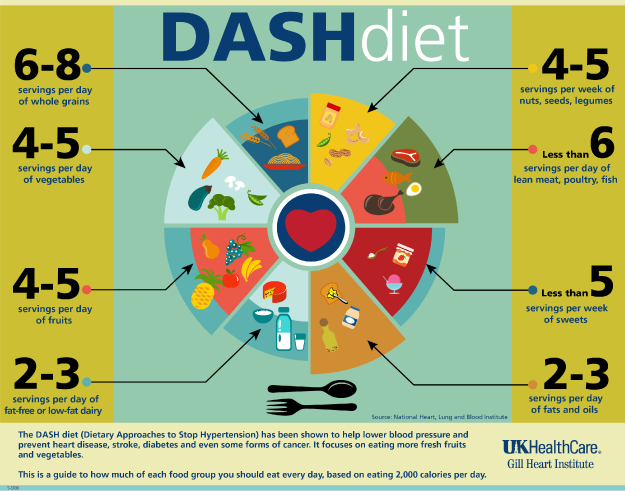 So what are the features of the DASH diet? Rather than strict rules, it provides more in the way of guidelines. These include: eating more fruits and vegetables, beans and nuts, fish, poultry, whole grains, and low-fat or nonfat dairy, and less full-fat dairy products, fatty meats, sugar-sweetened drinks, and sweets. Consumption of less salt (sodium) is also encouraged, but not required. However, many of the recommended foods on the plan are naturally low in sodium, so a good deal of salt reduction occurs incidentally.

The impetus for the research came when medical science was focused solely on the effect of salt on high blood pressure. Researchers who designed the DASH diet wanted to look at the way a diet high in nutrients, not just low in sodium, would impact hypertension. The results were gratifying.

The DASH diet is rich in fiber, calcium, potassium, and magnesium, nutrients which improve the body’s electrolyte balance, thus relaxing blood vessels as well as promoting excretion of excess fluid, both of which result in lower blood pressure. It emphasizes variety, portion size, and natural foods. And by including a good balance of lean protein, it helps satisfy hunger and maintain energy.

The diet was originally developed in the 1990s as part of a research study designed to see whether blood pressure could be reduced through a dietary approach. The results were remarkable. Subjects were able to reduce their blood pressure significantly in just two weeks, and the less salt that was consumed the lower the blood pressure achievement.

Later studies found that the DASH diet also served to lower total LDL and cholesterol, and reduced the risk of coronary heart disease and stroke, even years later.

So, if you’re looking for a diet that will improve your overall health as well as your waistline, you can’t go wrong with the DASH approach. There are myriad books available that provide the specifics, and sample menu plans can easily be found on the Internet. And of course, if you have specific questions about incorporating the DASH approach to healthier living, we can help you tailor the plan’s guidelines to meet your calorie requirements based on your weight, height, gender, age, and activity level. 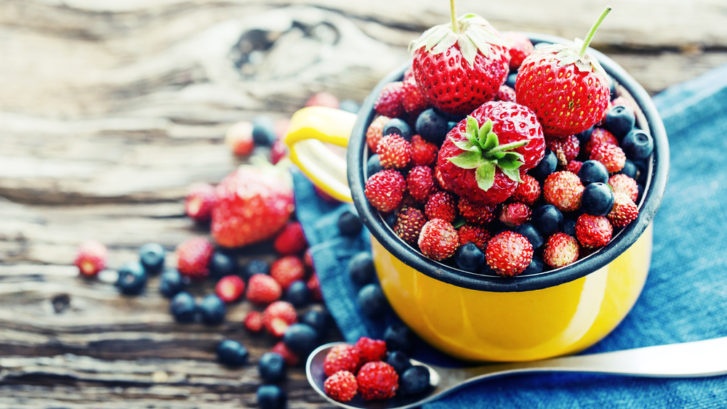 One thing that most of us have in common is the desire to live a long & healthy life. Part of reaching that goal includes getting adequate amounts of rest, exercise, fresh air and eating a healthy diet. Our diet is a large part of who we are and really contributes to our current state of health. So what should a healthy diet include? Food from the seven food groups of course, but especially fruits and veggies.

Have you heard the term “Dirty Dozen” buzzing around lately online and in the news? Many people will argue the point that organic produce is costly and when compared to non organic produce, it is all the same. But this is far from the truth. There is actually a list of fruits and veggies known as the Dirty Dozen that we must all look out for. Why? When it comes to non organic produce, there are many pesticides used in the farming process, to kill insects and protect the produce. Although these pesticides are successful at doing that, these from the dirty dozen are the fruits and veggies that are the most contaminated. Some of the pesticide residue still remains even after washing and peeling in some cases.

What does this mean in terms of health? While eating fruits and veggies do help us remain healthy, eating those from the dirty dozen may actually contribute to a few medical problems. Pesticide residue is ingested when we eat this produce and has been shown to cause certain types of cancer, disrupt reproductive function and affect the endocrine system. In addition to these medical issues, heavy toxicity from these pesticides have also been shown to cause birth defects and neurological problems in unborn children.

If you simply cannot afford organic, you may avoid the dirty dozen altogether and buy certain fruits and veggies that are non-organic, but safe from pesticides. These fruits and veggies have very little to none in terms of pesticide residue, or their outer skins are so tough, this prevents any pesticides from touching their edible parts. These include: eggplant, avocado, asparagus, mango, pineapples, kiwi, bananas, cabbage, sweet potatoes, watermelon, cauliflower and cantaloupe. In the end, making even moderate changes to our diet can make a world of difference in overall health and longevity. We are truly what we eat!