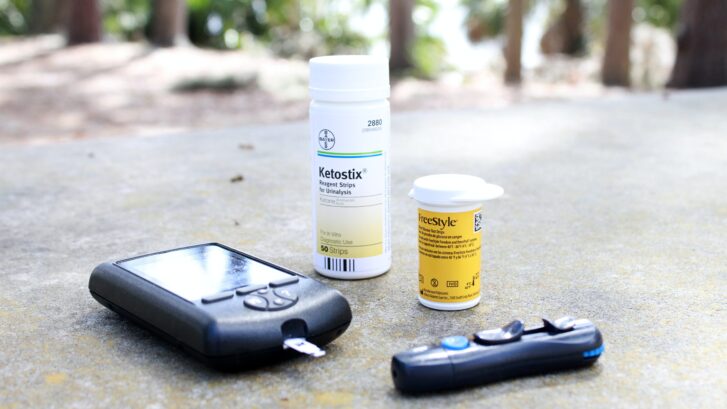 Our concierge doctors recognize how hard it can be to lose weight. If you’re severely obese, it may seem an impossible task. But even those struggling to lose just 10-20 pounds may be frustrated at how stubbornly those extra pounds cling to your body.

But here’s some good news. According to new research, you don’t have to be model-slim to benefit health wise. Even losing just four to six pounds and increasing physical is enough to cut your diabetes risk in half.

Diabetes, of course, can lead to numerous health problems, from nerve and vision damage to heart disease and strokes.

How weight plays a role

About 10.5 percent of Americans have diabetes. Type 2 is much more common than type 1, accounting for approximately 90 percent of diabetes cases.

According to the Centers for Disease Control and Prevention (CDC), 34 million Americans have diabetes. And about 88 million adults in the U.S., or 33 percent, have prediabetes. Their blood sugar levels are higher than normal, but not yet high enough to be diagnosed as diabetes.

The National Diabetes Statistics Report 2020 found that 89 percent of American adults with diabetes were overweight or obese. Thirty-eight percent were physically inactive, i.e., engaging in less than 10 minutes of vigorous activity weekly.

This is because of the visceral fat stored in the body—the invisible kind hidden around the internal organs. It increases inflammation throughout the body, which interferes with insulin’s ability to move sugar from the bloodstream into cells. This, in turn, causes the body to become insulin-resistant.

For this new study, researchers in the U.K. examined over 1,000 patients. They were all enrolled in the Norfolk Diabetes Prevention Study (NDPS), the world’s largest diabetes prevention study in 30 years. All were prediabetic and at risk for type 2 diabetes. The results, published in the journal JAMA Internal Medicine, showed losing between 4.4 and 6.6 pounds and increasing physical activity reduced the risk of progressing to full-blown type 2 diabetes by 40-47 percent.

“We are delighted with the results of this trial, as until now no one was very sure if a real-world lifestyle program prevents type 2 diabetes in the prediabetes population we studied,” NDPS chief investigator Prof. Mike Sampson said in a press release.

All the researchers said their results offer real hope that could lead to a healthier future for the at-risk population.

“This trial again highlights how achieving modest weight loss through diet and physical activity changes can lead to huge benefits for people at high risk of developing type 2 diabetes,” researcher Dr. Elizabeth Robertson said in a release. “Type 2 diabetes is a serious condition, but with the right help many cases can be prevented or delayed.”

How to lose the weight

There are many safe ways to drop a few pounds. Cut sugar and processed foods from the diet and increase physical activity.

But when it comes to preventing diabetes, other studies paint a clearer picture.

For example, another large study last summer found that a diet high in fruits and vegetables could help reduce the risk of developing type 2 diabetes by as much as 50 percent.

That study of 22,000 participants over 10 years was published in the journal BMJ. It found that blood levels high in vitamin C and carotenoids (pigments found in such colorful vegetables as peppers, carrots, and tomatoes) were associated with a lower risk of developing type 2 diabetes.

A similar study spanned 24 years and 195,000 individuals. It showed that consumption of whole-grain foods like oatmeal, brown rice, dark bread, and foods with added bran or wheat germ appeared to reduce diabetes risk by nearly 30 percent.

How to lower blood sugar

As for exercise, the American Diabetes Association (ADA) reports there are several ways that exercise lowers blood sugar:

The recommended amount is 30 minutes of vigorous activity at least five days a week.

Taken together, these small changes can result in big changes in your health. If you have questions about weight loss, or are having difficulty dropping a few pounds, let us know. We can help devise a plan that works for you.