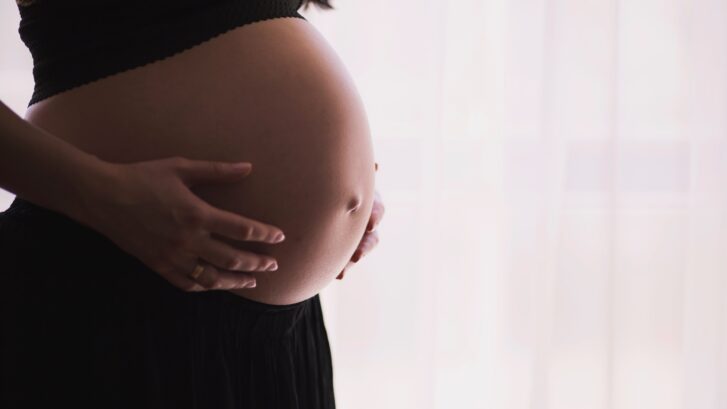 The coronavirus is still a relatively new disease, and there’s still a great deal we don’t know about it. But many of the crazy rumors that continually fly across social media are not only wrong, but also dangerously irresponsible. Our concierge doctors want to address one of the most damaging rumors we’ve heard: The coronavirus vaccine can cause infertility and/or miscarriages.

The Washington Post recently spoke with Niharika Sathe, a 34-year-old internal medicine physician in New Jersey. Another doctor had told Sathe that she would refuse to receive the coronavirus vaccine. She read online that the shot could cause the immune system to attack the placenta, and possibly induce a miscarriage and cause infertility.

Sathe, who was already pregnant, did her own research. She concluded there was nothing to the internet-fueled rumor. She eventually received the vaccine.

“That kind of misinformation is really scary,” she said. “It has enough science to sound potentially plausible.”

The source of these infertility rumors

The so-called “science” behind the rumor appears grounded in the supposed similarity between the spike protein on the SARS-CoV-2 virus and a protein in the placenta known as syncytin-1. This led misinformed individuals to jump to the (wrong) conclusion that the coronavirus vaccine causes infertility. The thought is the approved vaccines would damage the placenta, because the vaccines teach the body to recognize and attack the spike protein on the coronavirus.

Other medical personnel began asking her whether the false assertion was true. So she and her team performed their own research. They found there is “very, very little overlap” between the configurations of the two proteins.

Then they tested the reactivity of about 3,000 different proteins in humans. They compared them to antibodies produced by either natural infection or one of the vaccines. They found that the syncytin-1 protein had no reactivity to the antibodies whatsoever.

“There is no scientific ground” for the infertility rumor, she told The Post. “It is nonsense.”

The real danger in pregnancy

Pfizer-BioNTech has just begun clinical trials to evaluate the vaccine in pregnant women. So far, anecdotal evidence has not found any evidence of problems. And White House advisor and infectious-disease expert Anthony Fauci said last month they found “no red flags” among over 10,000 pregnant women who have received the vaccine.

The problem with such unfounded rumors is that it can cause pregnant women to avoid the vaccine. But they are among those who need it most because they can become more ill if they contract COVID-19.

CBS News, for example, reports that one study published in January found a COVID-19 mortality rate among pregnant women 13 times higher than other similarly aged patients.

“I would be more worried, if I were pregnant, about having COVID while pregnant than I would about receiving a vaccine,” David Schwartz, a pathologist who studies pregnancy and infectious diseases at Augusta University in Georgia, told Popular Science.

According to the American College of Obstetricians and Gynecologists (ACOG), pregnant women who get COVID-19 tend to become more critically ill if they are infected with the coronavirus.

In addition to the heightened risk to the mother, Schwartz published research in a paper last December showing that in some cases COVID-19 can travel from a pregnant woman to their fetus via the placenta. That ability, which he said is not seen with most other diseases, could potentially damage the placenta.

Your decision to get the coronavirus vaccine

As with everything else about the novel coronavirus, there’s no absolute certainty involved in whether the vaccine is safe for pregnant women. At this point, the bulk of all the evidence seems to say it is perfectly safe. And most importantly, it shows the coronavirus vaccine does not cause infertility.

Nevertheless, most experts recommend that those who are pregnant or planning to become pregnant should discuss the issue with their doctors if they are concerned. There may be valid reasons why you prefer to avoid the vaccine during pregnancy, but that doesn’t include wild rumors.

ACOG writes: “Pregnant patients who decline vaccine should be supported in their decision.”

They caution, however, those who elect to skip the vaccine should remember to take special precautions to avoid contracting COVID-19. Wear at least one mask, stay at least six feet away from others, and avoid crowds.

We’ve said it before, but it bears repeating: Dr. Internet is not your friend. If you read something online that sounds scary and appears plausible, please check out the facts with us.