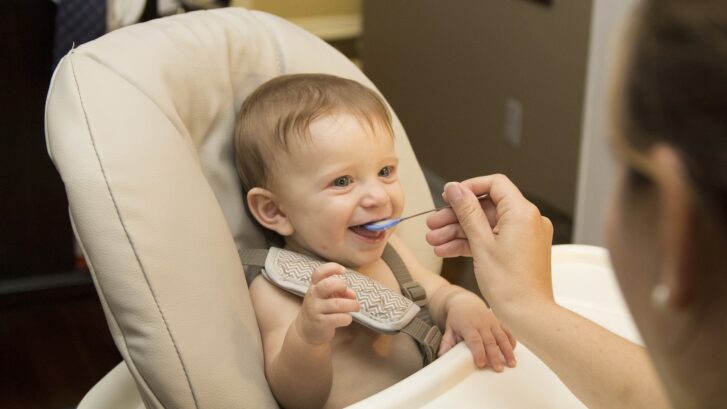 A new congressional report on the amount of heavy metals found in baby food has shocked parents. Ever since the release this report, our concierge doctors have been receiving worried calls from parents.

The report, released earlier this month by the House Oversight Committee’s subcommittee on economic and consumer policy, found high levels of toxic heavy metals in some of the most popular baby food on the market. This includes arsenic, lead, and mercury.

Such heavy metals have been shown to interfere with infant neurological development. They can alter a child’s developing brain and eroding a child’s IQ. Studies have found the effect is cumulative. The more of these foods the baby eats, the higher the accumulation of toxic metals in the child’s system.

The report was spurred by earlier findings in 2019 from the nonprofit group, Healthy Babies Bright Futures (HBBF). It found traces of toxic chemicals in 95 percent of baby foods tested, including organic brands. The four culprits—arsenic, mercury, lead, and cadmium—are heavy metals known to have serious consequences when consumed even at low levels.

HBFF purchased 61 brands, including store brands. It found 25 percent contained all four heavy metals, and 40 percent contained three of them. The congressional subcommittee requested internal company testing documents rather than testing the finished products, and reviewed those results.

Of the four that complied, all showed the presence of lead, arsenic, and cadmium in their own test results. The report said that the companies’ own tests showed “up to 91 times the arsenic level,” “up to 69 times the cadmium level,” and “up to 177 times the lead level” compared to the levels allowed by the U.S. Food and Drug Administration (FDA) in bottled water.

Unfortunately, these heavy metals are not just in baby food. They are present in adult foods as well, because they exist in the soil, air, and ground water. This is a result of the heavy and widespread use of pesticides in the last century, which contaminated the earth and are now leeching into the foods we eat. These elements also occur naturally, so the problem is compounded.

In addition, certain foods absorb more of these compounds. The U.S. Food and Drug Administration (FDA) reports that, because rice is grown in water, it absorbs inorganic arsenic better than soil-grown crops. It contains the highest concentration of arsenic of any food.

Some of the companies featured in the report either dispute the findings. Others maintain they are taking steps to reduce the levels of heavy metals in their products. They report they substitute ingredients that are less prone to absorb them.

The FDA to date has not established legal standards for acceptable amounts of these heavy metals in baby foods.

In response to the report, the agency released a statement saying, “Toxic elements, like arsenic, are present in the environment and enter the food supply through soil, water, or air. Because they cannot be completely removed, our goal is to reduce exposure to toxic elements in foods to the greatest extent feasible and we have been actively working on this issue using a risk-based approach to prioritize and target the agency’s efforts.”

What does this mean to you and your baby? First of all, that you shouldn’t toss every jar on your shelves.

CR’s James Dickerson told CBS News, “You want to minimize the risk, you can’t eliminate it entirely, but you minimize it. And there are steps [parents] can take.”

It’s actually a matter of reducing exposure where possible, and substituting less risky foods in place of the main culprits.

Here are some suggestions from the HBBF:

Part of the problem, according to HBBF and other experts, is that babies’ diets are so limited. They receive a higher concentration of the contaminants than if they’d been fed a variety of foods from the beginning.

Pediatrician Dr. Tanya Altmann, author of “What to Feed Your Baby,” told CNN many parents still follow old, outdated guidelines on infant feeding. This includes introducing one food at a time to screen for allergies.

“The latest guidelines are: Feed your baby a variety of healthy foods, including all of the allergenic foods early and often in a consistency the baby can manage,” she said. “You don’t have to avoid anything other than raw honey, milk, or choking hazards.”