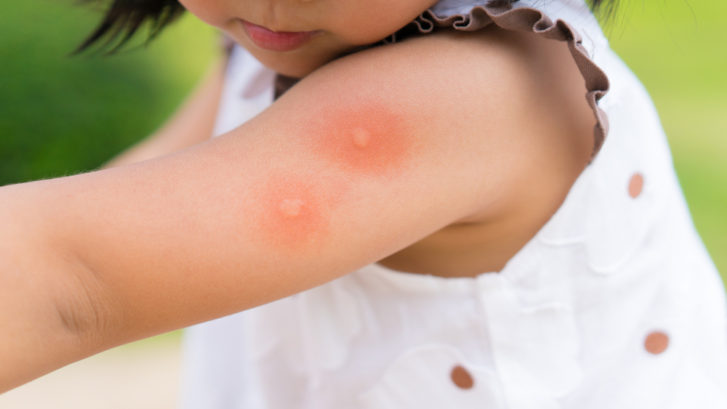 The tiny little insect with the annoying hum is the deadliest creature on earth: Mosquitoes are known to cause as many as two million human deaths worldwide every year. Diseases they can spread to humans include the zika virus, West Nile virus, Chikungunya virus, dengue, yellow fever, and malaria.

Now, a virus which was first detected in horses in New England in the 1830s has spread throughout several eastern and southern states, Central and South America and the Caribbean. In late July, the Florida Department of Health (DOH) issued an alert warning that the risk of transmission of the virus—Eastern equine encephalitis, or EEE—has increased in humans in our state.

Our concierge family practice doctors at MD 2.0 in Jupiter want you to know that, while there’s little chance at present that you or your loved ones will become infected with EEE, the virus can be deadly. So can many of the other mosquito-borne illnesses you may encounter. Therefore, here are a few facts about EEV and some things you can do to avoid this and other diseases triggered by mosquitoes.

• The Florida DOH explains that EEE is a mosquito-borne alpha virus which was first recognized in humans in 1938. It cycles between culiseta melanura mosquitoes and birds in freshwater swampy areas.

• It was first found in horses, hence the “equine” part of the name, and causes encephalitis, an inflammation of the brain.

• According to the Centers for Disease Control and Prevention (CDC), only about five to 10 EEE cases are reported annually.

• Florida ranks first among states in number of reported cases at 13, followed closely by Massachusetts with 11. No other states who have reported the virus come close to these totals.

• EEE is transmitted through the bite of an infected mosquito. Disease transmission does not occur directly from person to person.

• It takes four to 10 days after the bite of an infected mosquito to develop symptoms of EEE.

Although still rare, EEE must still be considered when encountering unusual or unusually severe symptoms. Severe cases of EEE virus infection begin with the sudden onset of headache, high fever, chills, and vomiting. The illness may then progress into disorientation, seizures, and coma. Approximately a third of patients who develop EEE die, and many of those who survive have mild to severe brain damage.

There is at present no cure for EEE. Because it is caused by a virus, antibiotics are ineffective against it. Treatment involves hospitalization, respiratory support, IV fluids, and prevention of other infections.

So the best approach to avoiding EEE—as well as other mosquito-borne diseases—is to keep from being bitten.

Here are some precautions you can take.

To prevent being bitten by mosquitoes, the CDC recommends the following:

• Use insect repellents with an EPA-registered active ingredient such as DEET, picaridin, IR3535, oil of lemon eucalyptus or para-menthane-diol, 2-undecanone, following label instructions.

• If also using sunscreen, apply it before applying insect repellent.

• Permethrin can be applied to clothing and gear (not to the body).

• Wear clothing that covers hands, arms, legs, and other exposed skin. Wear hats with mosquito netting to protect the face and neck.

Mosquitoes breed in standing water. It normally takes seven to 10 days for eggs to hatch, but in hot weather, they can hatch in a few as three days. Mosquitoes can lay eggs in pools of water as small as that found in a bottle cap.

Make sure that mosquitoes don’t have a place to lay eggs by:

• getting rid of standing water in rain gutters, old tires, buckets, plastic covers, toys or any other container where mosquitoes can breed;
• empty and change the water in bird baths, fountains, wading pools, rain barrels, and potted plant trays at least once a week;
• drain temporary pools of water or fill with dirt; and,
• keep swimming pool water treated and circulating.

Mosquitoes frequently bite people indoors. So be sure to:

If you think you or a family member may have contracted EEE or any other mosquito-borne illness, contact us for a definitive diagnosis. Remember, it may not be “just the flu.”