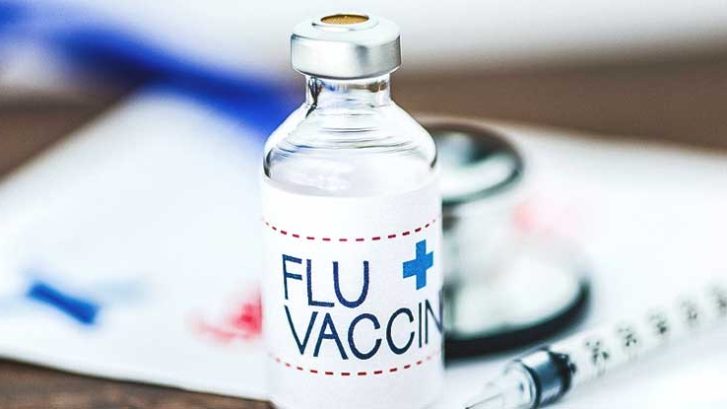 Halloween is full of scary fun. But here’s something to really be scared about: not getting a flu shot. While you’re planning your costume and your parties, remember to carve out a moment to get protected against this dangerous disease.

The Centers for Disease Control and Prevention (CDC) has recommended that all adults and children over the age of six months receive their flu shot by the end of October, and our concierge family doctors in Jupiter second that advice.

Last year, nearly 61,000 Americans died from the flu, including 129 children. There were approximately 42.9 million cases of the flu, with 647,000 of those requiring hospitalizations. And that was considered a mild season (although it was the longest season in a decade, beginning in October and ending in May).

This is worrisome, because during that flu season our death toll—over 80,000—was the highest in nearly 40 years, and almost twice as high as what health experts would typically consider a “bad” flu season.

Less than half of Americans get a flu vaccine each year, which not only leaves them susceptible, but helps spread the contagion among their community. Those most vulnerable to the flu are the very young, pregnant women, those with chronic conditions, and the elderly.

The CDC recommends that all adults and children older than six months should get a flu shot by the end of October. You may think it’s too early, but the CDC says it takes at least two weeks for the vaccine to become effective, not reaching its peak effectiveness until another week after that. And children who are being vaccinated for the first time need two vaccines spaced a month apart to become fully protected.

Pockets of infection have already been seen around the country, and the first flu death—a four-year-old child—was reported in September.

Some people don’t bother with the shot because they think they’re protected from the one they received last year. But having had a flu shot last year won’t protect you from this season’s strains of the virus, because your immunity from a year ago has deteriorated by now. In addition, manufacturers create a new vaccine each year based on which strains the World Health Organization (WHO) expects to predominate, so this year’s shot will include strains different from those in last year’s inoculation.

It’s important to remember that, even if you contract influenza after receiving the shot, it’s likely to be less serious than if you’d skipped being inoculated. And the flu vaccine confers additional benefits, especially among the elderly. For older people and those with chronic health conditions, getting a flu shot is as effective in preventing a heart attack as quitting smoking, taking cholesterol-lowering drugs, or taking blood pressure medications, recent studies show.

For this year’s flu season, the CDC recommends a high-dose vaccine for those ages 65 and older, which contains a higher dose of antigen to create a stronger immune response. In addition, pregnant women are strongly advised to receive the flu shot, because they are more susceptible to complications from the flu.

If you have any questions or concerns about receiving the flu shot, please let us know. Each flu season—and each season’s vaccine—are different. In addition, there are different types of shots available that have been approved for different ages and health conditions. We can help you decide which is right for you.