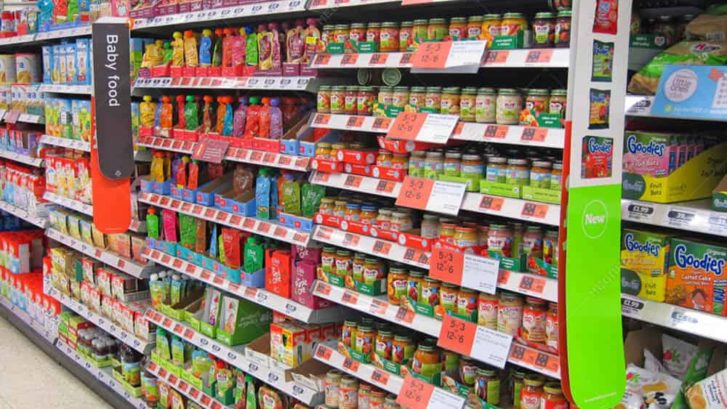 If you’re a parent, there’s nothing you won’t do to ensure the health and well being of your child, including providing the best food available. But what do you do when you find that food contains toxic metals that can contribute to the possibility of cancer, heart disease, and impaired brain development?

Our concierge family practice doctors at MD 2.0 in Jupiter want to highlight a recent report on the high incidence of toxic metals found in commercial baby food, and offer some guidelines on the best way to protect your child.

A study commissioned by the nonprofit group, Healthy Babies Bright Future (HBBF), found traces of toxic chemicals in 95 percent of baby foods tested, including organic brands. The four culprits—arsenic, mercury, lead, and cadmium—are heavy metals known to have serious consequences when consumed even at low levels.

HBBF released the report last month, along with specific findings on 61 brands. Of the baby foods tested, 25 percent contained all four heavy metals, with 40 percent containing three of them. Only nine were found to be free of even trace amounts of these toxic metals. Brands tested included Gerber, Earth’s Best, Beech-Nut, as well as popular store and organic brands.

“These popular baby foods are not only high in inorganic arsenic, the most toxic form of arsenic, but also are nearly always contaminated with all four toxic metals,” the report found.

Even in the trace amounts found in food, HBBF reported, these contaminants can alter the developing brain and erode a child’s IQ, and the effect is cumulative: The more of these foods the baby eats, the higher the accumulation of toxic metals in the child’s system.

For example, children younger than age six who are exposed to lead and arsenic can experience behavioral issues and develop lower IQs. Cadmium, arsenic, and lead are known carcinogens. All four are known to contribute to attention deficits and learning impairment, and may impact the kidneys and liver. Arsenic is also suspected of contributing to development of cardiovascular disease (CVD).

“The heavy metals interfere with the way the brain is supposed to get wired,” Charlotte Brody, HBBF’s national director and one of the report’s authors, told NBC News.

Lest you think baby food manufacturers are carelessly causing harm to your child, you should know that these heavy metals are present in adult foods, as well, because they are present in the soil, air, and ground water. This is a result of the heavy and widespread use of pesticides in the last century, which contaminated the earth and are now leeching into the foods we eat. These elements also occur naturally, so the problem is compounded.

In addition, certain foods are known to absorb more of these compounds. The U.S. Food and Drug Administration (FDA) reports that, because rice is grown in water, it absorbs inorganic arsenic better than soil-grown crops, and contains the highest concentration of any food.

What you can do

Nevertheless, if you want to reduce your child’s exposure to heavy metals in baby foods, here are a few suggestions from the HBBF:

Part of the problem, according to HBBF and other experts, is that babies’ diets are so limited; they thus receive a higher concentration of the contaminants than if they’d been fed a variety of foods from the beginning.

Pediatrician Dr. Tanya Altmann, author of “What to Feed Your Baby,” told CNN that many parents still follow old, outdated guidelines on infant feeding, including introducing one food at a time to screen for allergies.

“The latest guidelines are: Feed your baby a variety of healthy foods, including all of the allergenic foods early and often in a consistency the baby can manage,” she said. “You don’t have to avoid anything other than raw honey, milk, or choking hazards.”

If you have any questions or concerns regarding what to feed your baby, please let us know. We can help you sort through the confusion.