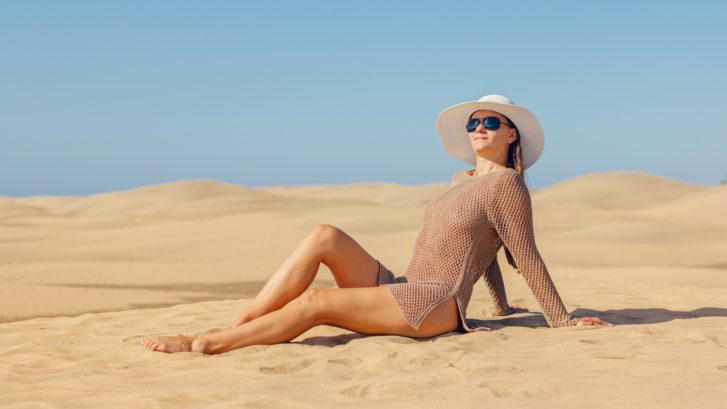 Because May is Skin Cancer Awareness Month, our concierge family doctors in Jupiter want to share some facts with you about this often deadly, yet preventable, disease.

The two most common types of skin cancer—basal cell and squamous cell carcinomas—are highly curable, but can be disfiguring and costly to treat, according to the CDC. Melanoma, the third most common skin cancer, is more dangerous and causes the most deaths.

The Skin Cancer Foundation estimates that the number of new melanoma cases diagnosed in 2019 will increase by 7.7 percent, adding that, on average, a person’s risk for melanoma doubles if he or she has had more than five sunburns throughout their life.

While it’s important to remember that not every irregularly shaped mole or skin spot will turn out to be cancer, any new growth on the skin should be investigated. So should a sore that doesn’t heal, or a smooth, shiny, or pearly looking bump.

In addition, an easy way to remember what other characteristics to look for is the alphabet guide provided by the CDC.

A = “asymmetrical.” Does the mole or spot have an irregular shape with two parts that look very different from each other?

B = “border.” Is the border of the mole or spot irregular or jagged?

D = “diameter.” Is the mole or spot larger than the size of a pea?

E = “evolving.” Has the mole or spot changed during the past few weeks or months?

Remember, while skin cancer is generally found on areas of the body most often exposed to sunlight, including the scalp, it can also occur on such non-exposed areas as the palms of your hands, beneath fingernails and toenails, and even in the genital area.

Although skin cancer treatment is highly treatable if caught in the early stages, the best approach is to prevent it in the first place.

The CDC recommends the following measures to protect yourself:

If you have any questions about how to prevent skin cancer, or if you are concerned about moles or spots on your skin, please let us know.