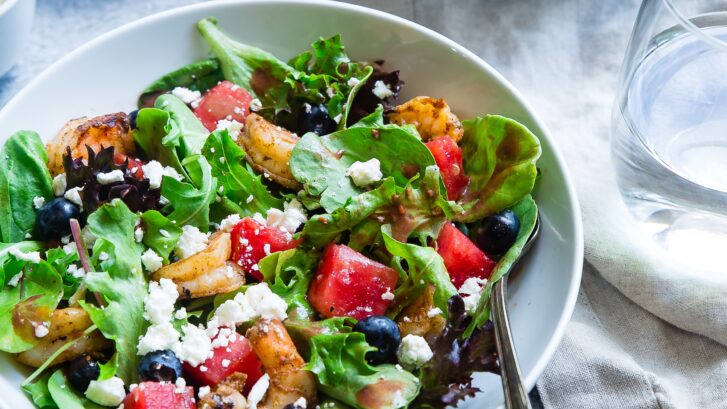 Our primary care concierge doctors in Jupiter have told you many times about the dangers inflammation poses to your health. Often, the best way to reverse these dangers is by participating in an anti-inflammatory diet.

Inflammation is necessary to keeping the body healthy. But when your body is repeatedly assaulted by various harmful stimuli such as pathogens, injuries, or poor lifestyle habits, the inflammation never ends and can eventually cause long-term damage.

There are two types of inflammation: acute and chronic. Acute is the healthy kind, in which the body mounts a defense against sudden injury or illness like the flu or COVID-19. Chronic is the dangerous kind, in which the body spends months or years attempting to fight off constant, lower-level threats, such as pollution, poor diet, and the effects of ongoing stress.

Chronic inflammation has been implicated in either causing or exacerbating such conditions and diseases as:

The deadliest illness with a confirmed link to inflammation is cardiovascular disease (CVD).

A landmark study released in 2017 included over 10,000 patients who had previously suffered a heart attack and were then were given a drug meant to reduce inflammation. The drug, which costs about $200,000 per year, is not only prohibitively expensive, but its fatal side effects offset any gains in cardiovascular mortality reduction.

Then why were cardiologists so excited about this research? Because it proved that reducing inflammation in the body will result in fewer heart attacks. (The drug also proved effective against certain forms of cancer, another illness thought to be tied to chronic inflammation.)

The drug had no effect on cholesterol, which is what is reduced with the use of statins, thereby proving that reducing inflammation was solely responsible for the 15 percent reduction in deaths seen in the study.

Prevention is the best cure

While medical science offers various drugs and treatment that can address all these illnesses and diseases, the best approach is to reduce inflammation before it becomes a problem in the body.

Some causes of chronic inflammation are beyond our control. These include environmental pollutants and certain genetic factors.

But many other causes are within our control. The steps we can take to reduce dangerous inflammation include regular exercise, stress reduction, and healthy lifestyle choices like not smoking and avoiding the sun.

A prime prevention tool is an anti-inflammatory diet. And we don’t mean that in the traditional sense of counting calories and planning each bite, but in the sense of the types of foods you eat regularly.

“Many experimental studies have shown that components of foods or beverages may have anti-inflammatory effects,” Dr. Frank Hu, professor of nutrition and epidemiology in the Department of Nutrition at the Harvard School of Public Health, told Harvard Health Publishing.

“Some of the foods that have been associated with an increased risk for chronic diseases such as type 2 diabetes and heart disease are also associated with excess inflammation,” he said. “It’s not surprising, since inflammation is an important underlying mechanism for the development of these diseases.”

You may be thinking that the above list doesn’t leave at lot left to eat. Actually, there’s quite a bit of healthy foods to choose from.

The Mediterranean diet—high in seafood, nuts, fresh produce, olive oil, and beans, and low in red meat, dairy, sugar, processed foods, and saturated fat—is a classic anti-inflammatory diet, which is no doubt why it works so well to not only aid weight loss but to improve health overall.

This diet is based on studies during the 1990s that found those in countries bordering the Mediterranean Sea tend to live longer, healthier lives than those in other developed countries, and have lower rates of cardiovascular disease and cancer.

Other anti-inflammatory foods that can help fight inflammation include:

Finally, because the anti-inflammatory diet is a way of eating for life (in both meanings of the word), don’t stress over every bite you put into your mouth. Don’t think of the inflammation-triggering foods as “forbidden foods,” but try to minimize them as part of your diet. Simply prefer fresh food over processed as often as possible, and eat lots of fruits and vegetables.