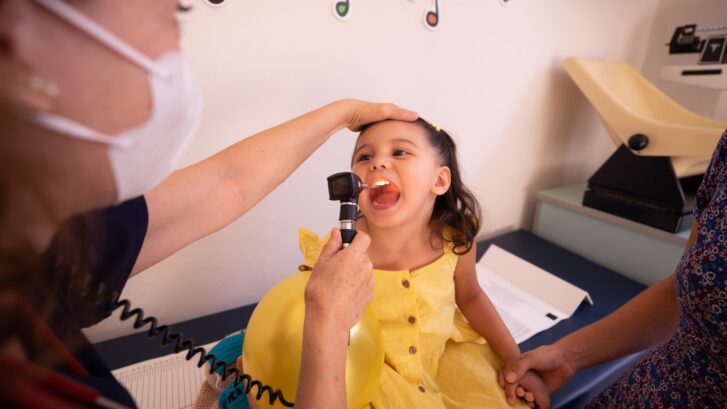 Our primary care doctors in Delray Beach want to advise you of an unforeseen and unfortunate consequence of the drop in cases of COVID-19: an increase in another illness among children.

Those who are vaccinated—as well as those who aren’t—are mingling more in public without masks. Social distancing is now almost a thing of the past as many have come to believe the pandemic is over. (It isn’t, since just under half of Americans are fully vaccinated for the virus.) This change in behavior is leading to a rise in one particularly serious illness in children, RSV.

As a result, health experts are seeing a sudden spike in cases of other viruses. Viruses which adults—and especially young children—have little immunity.

The Washington Post reported recently that “common viruses are showing up at a distinctly uncommon time of year—and sometimes with uncommon virulence among children whose immune systems did not begin building up familiarity with them while the pandemic kept people isolated at home.”

“It’s very unusual to see this volume of sick kids during the summer,” Sally Goza, immediate past president of the American Academy of Pediatrics (AAP), told The Post. “This is the time of year we normally are doing checkups for camp.”

Goza, part of First Georgia Physician Group in Fayetteville and Peachtree City, added that she and her partners are seeing a number of babies and children with ear infections and strep throat. Others have noted a high volume of other viral infections. These include rhinoviruses (which cause the common cold), gastrointestinal viruses, and parainfluenza, a serious illness.

The Centers for Disease Control and Prevention (CDC) has especially singled out one particular serious respiratory illness making an unusual appearance in children this summer. Late last month the agency issued an advisory warning. They warned of the uptick in a common cold virus called respiratory syncytial virus (RSV). It has been seen spreading around the country, and especially in the South, including here in Florida.

Typically seen in the winter months, RSV can be especially serious. It can potentially lead to pneumonia, particularly in younger children and babies. But the CDC warns that the agency has seen a surge in this illness in children since late March.

“Due to this increased activity, CDC encourages broader testing for RSV among patients presenting with acute respiratory illness who test negative for SARS-CoV-2, the virus that causes COVID-19,” the agency said in the advisory.

“RSV is the most common cause of bronchiolitis and pneumonia in children under one year of age in the United States,” the agency warned. “Infants, young children, and older adults with chronic medical conditions are at risk of severe disease from RSV infection. Each year in the United States, RSV leads to on average approximately 58,000 hospitalizations with 100-500 deaths among children younger than five years old and 177,000 hospitalizations with 14,000 deaths among adults aged 65 years or older.”

The American Lung Association noted the CDC’s advisory on RSV, and urged parents to watch for symptoms in their children. These include:

Masking, quarantining and social distancing, and frequent hand washing unquestionably led to fewer cases of COVID-19. Such measures also reduced the incidence of colds and seasonal flu cases to almost nothing last winter.

But as people begin to feel more comfortable mingling in crowded spaces, especially if they’ve been vaccinated for the SARS-CoV-2 virus, they are also exposing themselves and their children to these other common illnesses.

Maybe you’re ready to shed your mask, but other hygiene practices such as frequent hand washing are always a good idea.

And be aware of the possibility that these viruses may spread rapidly in crowded settings containing vulnerable populations, such as day care centers and assisted living facilities.

The CDC’s alert cautioned, “This health advisory also services as a reminder to healthcare personnel, childcare providers, and staff of long-term care facilities to avoid reporting to work while acutely ill—even if they test negative for SARS-CoV-2.”

The Lung Association recommends that you call us if you or your child is having trouble breathing, have a poor appetite or decreased activity level, cold symptoms that become severe, or a shallow cough that continues throughout the day and night.