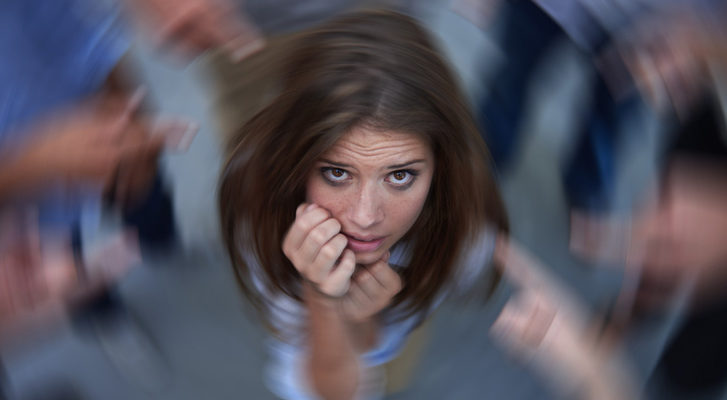 You’re sitting there watching your son’s basketball game, chatting with friends in the stands, when suddenly you have an overwhelming urge to flee. You don’t know where or why, but you just know you have to leave. Now!

Or you’re on your way to work when suddenly your heart starts racing, your hands start sweating, the lines on the highway take on a kind of unreality and you’re convinced you’ll crash your car before you can pull over. “This must be a heart attack or stroke,” you think to yourself, and sure enough you begin to feel chest pain and lightheadedness.

These are just two of the possible scenarios that a person who suffers from panic attacks might encounter as the syndrome takes hold of them, and takes over their lives.

Your concierge doctors at MD 2.0 in Jupiter, Florida, have seen this disorder many times, and each time the hardest part is convincing the patient that they’re not “going crazy” and they’re not going to die.

It’s difficult, though, because so many of the symptoms of panic disorder mimic those of serious illnesses. To wit:

Here are the diagnostic symptoms of a panic attack from the Diagnostic and Statistical Manual of Mental Disorders of the American Psychiatric Association:

Don’t many of these sound like symptoms of heart attack or stroke? Because of that, we will perform all the necessary tests to rule out those or other diseases that share similar symptoms.

But the hallmark of panic disorder is being convinced we “missed something” and that there is something seriously wrong with the person. This, in turn, triggers a low level of constant anxiety that, ironically, precipitates more panic attacks. You may even become afraid to leave your home for fear of having another one in public (known as agoraphobia). They can be life altering and debilitating unless they are treated properly.

The distinguishing feature of panic attacks is the way they seem to arise out of nowhere. You’re not about to give a speech, you’re not being chased by a robber, you aren’t climbing a mountain. You were living your normal life when suddenly this terrifying feeling descends on you.

Heart attacks and strokes often behave the same way, occurring out of the blue, which is why we urge you to seek emergency medical treatment if you encounter any of the above-listed symptoms. But when we’ve performed every test we can think of and pronounced you healthy, it’s important that you believe us. And to realize that panic attacks by themselves won’t kill you, no matter how distressing they may be.

It helps to understand the causes behind panic attacks. Risk factors for them include: a family history of anxiety disorders, especially panic attacks; financial or health problems; some type of major life change such as the death of a loved one, divorce, or job loss or even a promotion or a new baby; a traumatic event such as physical or sexual assault, or an earthquake, fire, hurricane, or tornado; smoking or excessive caffeine intake; or a history of childhood physical or sexual abuse.

You may think you’re handling these stresses well, but in fact, your subconscious mind is continuously viewing them as threats. This, in turn, releases the fight-or-flight hormones that our ancestors used to escape the saber-tooth tiger: the adrenaline needed to flee, which triggered the pounding heart which pumped blood to the muscles needed to run, and so forth.

Although we want to stress again that panic attacks will not kill you, they will get worse without treatment. This includes a battery of tests to rule out physical causes. But when we finally diagnose your symptoms as panic disorder, we may prescribe anti-anxiety medication or antidepressants, and recommend such proven therapies as deep breathing and exercise. You will also want to explore cognitive behavioral therapy (CBT), which can help you retrain your reactions to the symptoms, thus lessening their hold over you.

Panic disorder can be a difficult syndrome to treat, but because we are concierge family practice doctors, we will be available to you at all hours to help you through the fear and confusion associated with this frightening—but ultimately benign—condition.