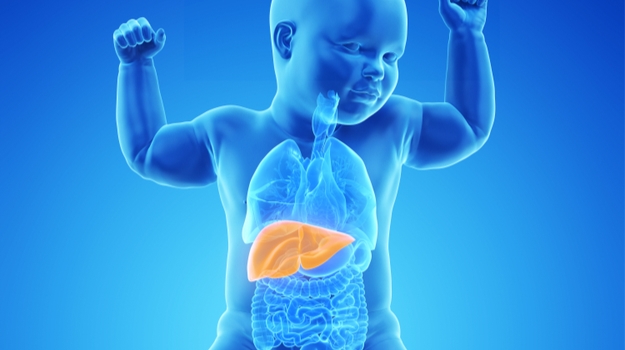 The disease is mysterious, arising seemingly out of nowhere. But the most important thing our primary care concierge doctors want you to know about the new rash of hepatitis in children is that at this point it is still extremely rare. And that there’s no need for panic at this point.

Because the onset of the illness is so sudden, however, and can become so severe so quickly, we do want to let you know what to watch for in your young children.

On May 18, the Centers for Disease Control and Prevention (CDC) announced that it was investigating 180 reports of unexplained liver disease in children, primarily under the age of five. Known medically as hepatitis, or inflammation of the liver, it has been seen so far in 36 states and territories, including Florida. Five children have died.

“While this may appear to be a large increase in patients . . . over the last two weeks, it’s important to understand that the vast majority . . . are what we consider ‘retrospective’ patients,” the CDC explained, adding that “most of these numbers involve patients that are just now being reported, rather than new cases.”

In addition, the agency noted that no new deaths have been reported since February 2022.

Worldwide, the World Health Organization (WHO) reports at least 621 children have been affected, more than two dozen have needed liver transplants, and 11 have died, including the five here in this country.

Cases have been reported in 34 countries, as well as here in the U.S. The first reports of the illness surfaced in October of last year in Alabama. The majority of cases have occurred in the U.K.

Nearly all the children affected are under age five. None live near each other, or had any known contact with other victims. Nearly all were healthy before the sudden onset of the attack.

Sick in a week

One of the mysteries surrounding this illness is how quickly it arises.

CNN reported this month on two-year-old Baelyn Schwab, who needed a liver transplant as a result of sudden, severe hepatitis.

“Within a week, Baelyn had gone from running around her family’s farm in Aberdeen, South Dakota, playing with her sister and watching the children’s TV show ‘Blippi,’ to a room in the pediatric intensive care unit at M Health Fairview Masonic Children’s Hospital in Minneapolis, where doctors were checking her blood four or five times a day, watching to see if her liver might recover. But it didn’t,” according to CNN.

She took Baelyn to their doctor the next day, where a sample of her blood was taken. That afternoon, the doctor called.

“You have to get to the city now. You don’t have time to wait,” they were told. They didn’t have time for the five-hour drive to Minneapolis, so they were flown by helicopter.

The surgery was successful, but Baelyn has a long road to recovery ahead of her.

The frustrating thing for the medical community is not being able to pinpoint a cause. One early, if far-fetched, hypothesis was that contact with dogs might be responsible, because 70 percent of victims in the U.K. had a family pet, or had had recent contact with dogs. That has since been ruled out.

So has the possibility of a reaction to the coronavirus vaccine, because nearly all the children were too young to receive it.

“COVID-19 vaccination is not the cause of these illnesses,” Jay Butler, the CDC’s deputy director for infectious diseases,” said in a statement.

“We hope this information helps clarify some of the speculation circulating online,” he said.

But because these unusual cases arose during the pandemic, researchers are considering a connection. One theory is that the children had undiagnosed cases of COVID-19 that damaged the liver. Another is that isolation may have made the children more susceptible to the prime suspect, an adenovirus.

Adenoviruses are common, especially in children, and are frequently responsible for such illnesses as fever, sore throat, bronchitis, pneumonia, diarrhea, respiratory symptoms, and pink eye. More than half the affected children in the U.S. and nearly two-thirds in the U.K. tested positive for adenovirus in their blood.

But the reason researchers can’t say for sure that adenovirus is the cause is that pathologists haven’t been able to find it in liver samples, where it should show up if it was causing hepatitis.

“Not finding it in the liver, to date, is something that obviously is a bit perplexing,” Umesh Parashar, chief of the CDC’s viral gastroenteritis branch, told The Washington Post. Parashar is leading a team of 34-40 officials investigating the cases in this country.

What to watch for

Because researchers can’t yet tell parents what might cause the illness in their children, the best they can do is warn them of possible symptoms:

If your child has any of these symptoms, contact us as soon as possible. As we noted above, these cases are exceedingly rare, but with this disease it’s probably better to err on the side of caution.