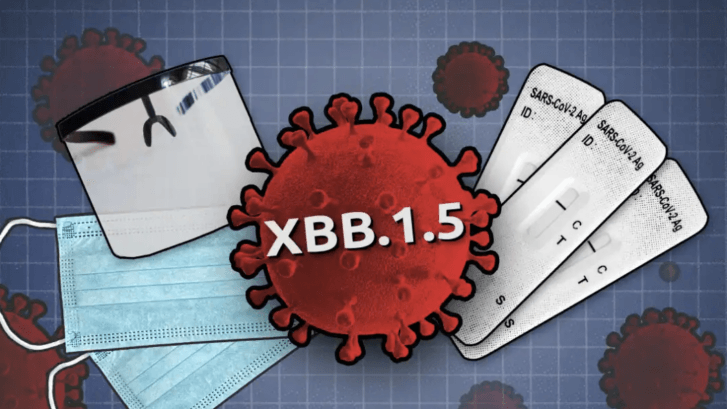 As our concierge primary care doctors in Jupiter have said more than once over the past couple of years, we may be done with COVID-19, but the coronavirus isn’t done with us.

It’s still spreading, it’s still sickening and killing people, and it’s still learning how to survive. That’s why the latest report from the Centers for Disease Control and Prevention (CDC) didn’t surprise many health experts.

Late last month the CDC estimated that about 40 percent of current cases of COVID-19 are caused by the latest omicron relative, known as XBB.1.5. In December, XBB.1.5 more than doubled its share of COVID-19 cases each week, rising from about four percent of new infections in the first week to about 41 percent by the end of the month.

“For a few months now, we haven’t seen a variant that’s taken off at that speed,” Pavitra Roychoudhury, director of COVID-19 sequencing at the University of Washington School of Medicine’s virology lab, told CNN.

“The numbers start adding up,” he told the paper.

For you who are trying to keep up with the “scrabble variants,” (so-named because these letters tend to produce higher scores in Scrabble) the XBB.1.5 is related to the XBB variant, which is a recombinant of the BA.2.10.1 and the BA.2.75 sublineages.

While scientists still aren’t sure whether the XBB.1.5 causes more serious illness than its predecessors, NBC News reports that studies performed in the lab have found that XBB appears to be more contagious.

“It’s clear that there are immune evasive properties of XBB,” Isaach Bogoch, an infectious disease physician and epidemiologist at the University of Toronto, told NBC News.

In other words, the virus is evolving to get around the antibodies we’ve built up from vaccines and infections with previous strains.

“It’s got a better ability to get into cells,” Roychoudhury added.

The question is how much of this spread is due to XBB.1.5’s enhanced abilities and how much can be attributed to the increased travel and social gatherings over the holidays.

To Worry or Not?

Another looming question is whether it will make people sicker. The data so far are unclear.

While XBB.1.5 shows an ability to evade immunity, Bogoch told NBC News that even if cases begin to rise significantly, he doubts there’ll be the dramatic spike in hospitalizations or deaths we saw in previous waves.

In addition, other parts of the immune system can work to protect against the virus, and vaccines along with prior infections should offer some protection from severe disease.

“We might certainly have a wave, but it’s just much less likely to be as deadly or overwhelming to healthcare systems compared to earlier waves before we had this degree of hybrid immunity,” he said.

Still, experts worry that the falloff in vaccination boosters could create problems.

“We aren’t in 2020, but people still do need to take this seriously and protect themselves,” the CDC’s Mahon told NBC.

One way to protect yourself, which most people are resisting, is to wear masks in public because it’s safer to avoid getting infected at all, Suthar told USA Today.

“The ‘it’s OK if I get infected’ attitude is not the most viable,” he said, adding that he still wears a mask when in public indoor spaces.

And all of the experts are concerned that less than 15 percent of the population has received the latest boosters against the coronavirus. Although they aren’t designed for the XBB.1.5 variant, they will offer some degree of protection.

Michael Osterholm, who directs the University of Minnesota’s Center for Infectious Disease Research and Policy, told CNN he sees reason for hope from the updated bivalent boosters, which target the original coronavirus as well as the omicron strains BA.4 and BA.5.

“They still provide a level of immunity that may not prevent you from getting infected but may have a significant impact on whether you become seriously ill and die,” he said.

“I mean, right now, the most recent data we have shows that for those who have the bivalent vaccine, they have a three-fold lower risk of dying than those who don’t,” he added.