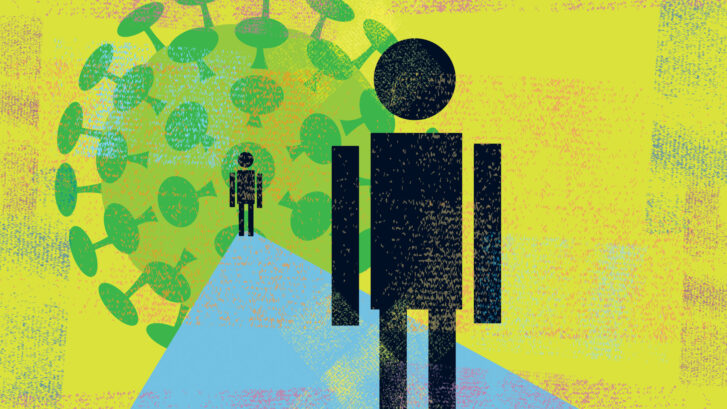 As we’ve just passed the second-year anniversary of the SARS-CoV-2 pandemic, our concierge primary care doctors in Jupiter think we should take a moment to reflect on how far we’ve come in dealing with this often-deadly disease.

It may not seem like it, because we still have to wear masks many places and haven’t fully returned to pre-pandemic life, but we have made progress.

For instance, we know more about how it spreads (through the air, especially in enclosed spaces), and how to protect ourselves (safe, effective vaccines and high-quality masks). And even though we’re still in the grip of of this still-relatively new coronavirus, and we’ve also found effective ways to treat it (monoclonal antibodies and anti-viral drugs).

And, believe it or not, the omicron variant of the virus may have turned out to be relatively good news, even though over 2,000 Americans a day are still dying from it.

But because it appears less lethal than its predecessors, omicron may make the pandemic more manageable.

The Centers for Disease Control and Prevention (CDC) released the results of a study late last month showing that the omicron variant—which is now the dominant variant both here in the U.S. and around the world—causes less severe illness, fewer hospitalizations, and requires less time in isolation following exposure.

This is partly due to the large numbers of people who have been vaccinated and/or infected with COVID-19, as well as to the fact that the virus appears to concentrate its effects in the upper airways instead of settling deep in the lungs.

The downside is that omicron is far more transmissible than earlier variants or the original virus. This is why so many people are catching it, and why—due to the sheer numbers of infections— hospitals are still being overwhelmed and an average of 2,200 people a day are still dying from the coronavirus.

Light at the end of the tunnel?

But an NBC News analysis of COVID-19 case numbers at the end of January showed that Florida is one of the many states where omicron is no longer surging.

And chief White House medical advisor Anthony Fauci said in an interview with ABC’s “This Week” that he expects the wave to subside in “most” states by the end of February.”

“As we get into February . . . it is very likely that most of the states in the country will have turned around with their peak and are starting to come down with regard to cases and then obviously hospitalizations,” he said.

While cautioning that “our work is not done,” Hans Kluge, regional director of the World Health Organization (WHO) for Europe, released a statement two weeks ago that offered a glimmer of hope to a pandemic-weary world.

“The pandemic is far from over, but I am hopeful we can end the emergency phase in 2022 and address other health threats that urgently require our attention,” he said in a statement.

“This pandemic, like all other pandemics before it, will end, but it is far too early to relax,” he added.

One recent setback in the fight against SARS-CoV-2 was the finding from the CDC, confirmed by the drugs’ manufacturers, that two of the most common monoclonal antibodies used to keep at-risk individuals out of the hospital do not work against the omicron variant.

But again, there’s good news on that front, as well, because one monoclonal antibody—sotrovimab—is effective, and is still available at most hospitals even though Florida’s outpatient centers have closed.

Those who have mild to moderate symptoms of COVID-19 (fatigue, cough, loss of smell or taste, fever) or have underlying risk factors (those over 65, diabetes, obesity, kidney, heart, or lung disease or those who are immunocompromised) can check with area hospitals to see whether they’re offering this treatment.

In addition, other effective weapons in the arsenal against COVID-19 include the intravenous antiviral treatment remdesivir and the newly authorized oral antiviral drugs, Paxlovid or molnupiravir.

Still work to do

Two years in, we still don’t have all the answers, and until more people in this country and around the world are fully vaccinated, SARS-CoV-2 will not be fully manageable.

Each person who remains unvaccinated not only puts themselves at risk, but others around them, as well. And each infection offers the virus another chance to mutate.

Speaking of mutations, you may have heard of another new mutation of the omicron virus that some are calling “son of omicron” or “stealth omicron” because it’s so difficult to detect in PCR tests.

The new variant, designated BA.2 (omicron is BA.1), was first reported in California in November. It has since been seen in isolated cases in Texas as well as other countries. However, while remaining cautious, at this point most virologists don’t think it’s more dangerous or more transmissible than omicron BA.1. We’ll let you know if we learn otherwise. 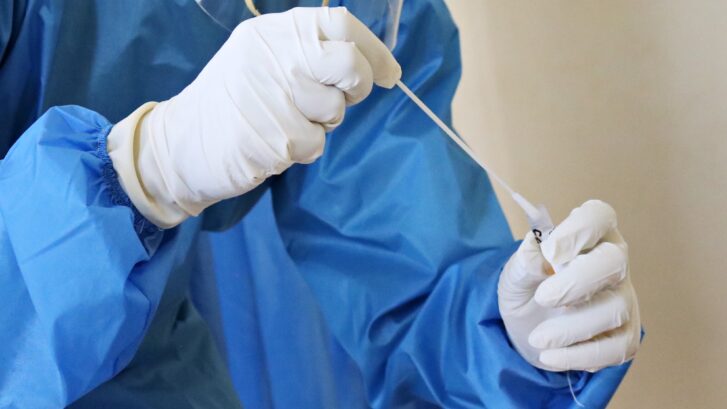 Thanks largely to the omicron variant, Florida continues to break records for those testing positive with COVID-19. We’ve learned more about this new variant since it debuted in late fall. Our primary care concierge doctors in Jupiter want to bring you up to date.

END_OF_DOCUMENT_TOKEN_TO_BE_REPLACED 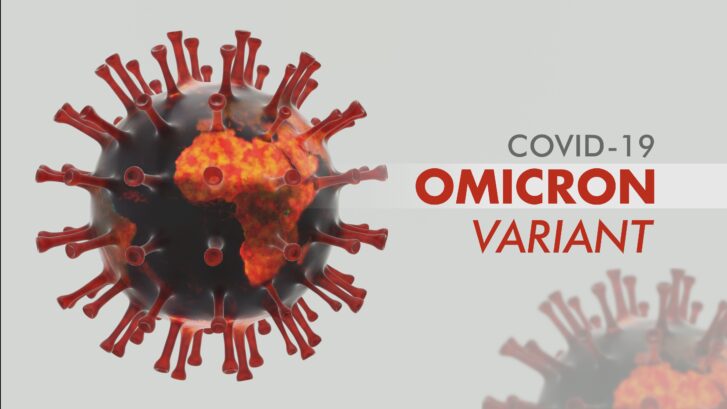 There’s still much we don’t know about the new COVID-19 omicron variant. The SARS-CoV-2 coronavirus was first detected just over a month ago. Our concierge primary care doctors at MD 2.0 in Jupiter have gotten questions from so many of our patients. We wanted to bring you up to date on what we know at the moment.

Health officials are conducting laboratory tests and reviewing real-world data as the variant spreads. However, it will be several weeks before we know precisely what we’re dealing with. There are some early indications, however, that can allow us to make a few assumptions.

How different is omicron?

The new variant originally caught the world’s attention in South Africa. Researchers there detected as many as 30 mutations on the shell of the coronavirus.

In the intervening weeks, we’ve learned that omicron is highly contagious, even more so than delta. While delta’s transmissibility has been compared to that of chicken pox, omicron has been spreading much more rapidly.

The World Health Organization (WHO) released an update in mid-December. It noted the omicron variant is spreading faster than any previously detected strain of the coronavirus.

There’s some possible good news. So far as real-world data have been able to determine, the omicron variant appears to trigger slightly less severe cases than delta. This information is very preliminary and is based on a study in South Africa where the infection and vaccination rates differ from that in the U.S.

Another small study this month by the CDC examined 43 people infected with the omicron variant. Three-quarters of the group received vaccinations, and a third of those also had booster shots. One person from the group was hospitalized for two days. The rest experienced cough, fatigue, congestion, or a runny nose.

While noting the report was “encouraging,” John Moore, a professor of microbiology and immunology at the Weill Cornell Medical College, told NBC News that, “We’re not out of the woods yet.”

“Only four cases [in the study] were aged over 65, while 29 were under 40. Young people generally have milder infections, whatever the variant,” he added. “So we don’t yet know what omicron might do in much older and more vulnerable populations.”

The variant is not benign, however. In the middle of the month, Britain reported its first death from the omicron variant. Since then, reports of possible omicron-related deaths grew.

Omicron now surpassed delta as the dominant variant due its rapid spread.

What about the vaccines?

The question of vaccine effectiveness against omicron is a case of good news/bad news, or perhaps vice versa. The bad news, according to the South African study, the two-dose Pfizer-BioNTech vaccine’s effectiveness at preventing illness dropped from around 93 percent to about 30 percent against the omicron variant. It still provided about 70 percent protection against hospitalization, though.

The good news is, the study found that the vaccine still offers as much as 70 percent effectiveness against hospitalization with any current variant of COVID-19, including omicron. Boosters increase this protection.

Dr. Anthony Fauci, director of the National Institute of Allergy and Infectious Diseases, said recently that boosters will be enough protection against the omicron variant. He didn’t see a need for a new vaccine specifically designed to fight omicron.

“Our booster vaccine regimens work against omicron,” he said at a White House coronavirus briefing. “At this point, there is no need for a variant-specific booster.”

At the same time, he warned those unvaccinated are still at high risk of contracting COVID-19. This includes the delta and omicron variant.

“If you are unvaccinated, you are very vulnerable—not only to the existing delta surge we are experiencing, but also to omicron,” he said.

Vaccines continue to offer the best protection against severe illness and death against any variant of the coronavirus, including omicron.

“[Omicron] may be a more mild variant but we just don’t know yet. It’s too soon,” Dr. Isaac Bogoch, an infectious disease specialist at the University of Toronto, told NBC News. For now, “if you’re vaccinated, chances are you’re going to have a milder course,” he added.

Do we still need masks?

One question we often get from our patients is whether they need to keep wearing masks once they’ve been vaccinated.

Here’s what the CDC says: “If you are fully vaccinated, to maximize protection and prevent possibly spreading COVID-19 to others, wear a mask indoors in public if you are in an area of substantial or high transmission.”

We would add that it’s also a good idea to wear one if you are indoors in a public place where you’re not sure how many there have been vaccinated, especially if few others are wearing masks. Until we know more about the omicron variant, wearing a mask for now offers added protection against breakthrough cases.