Besides water, our primary care concierge doctors in Jupiter are hard-pressed to think of another beverage that offers such a wide range of health benefits as coffee.

For example, research has found that regular coffee consumption has been linked to a lower risk of:

Studies have also found that the caffeine in two cups of coffee a day provides significant protection against Alzheimer’s disease, as well as other types of dementia. A study released last year, for example, found that individuals who drank four to six cups of coffee or tea a day reduced their risk of stroke and dementia by 28 percent compared to those who did not drink either beverage.

Another study, published last year in the journal BMC Public Health, found that those who drink three to four cups of coffee a day (whether ground, instant, caffeinated or decaf) reduced their risk of chronic liver disease by 21 percent, compared with those who didn’t drink coffee at all.

A third study, also published last year in the American Heart Association (AHA) journal Circulation, found that drinking one or more cups of plain, caffeinated coffee a day was associated with a long-term reduced risk of heart failure.

The AHA researchers found that the risk of heart failure dropped between five percent and 12 percent for each cup of black coffee the subjects drank. The risk declined even more, to 30 percent, when subjects drank two or more cups daily in one of the studies. The study found, however, that decaffeinated coffee did not offer the same benefit.

“The association between caffeine and heart failure risk reduction was surprising,” senior author Dr. David Kao, medical director of the Colorado Center for personalized Medicine at the University of Colorado School of Medicine in Aurora, said in a statement.

“Coffee and caffeine are often considered by the general population to be ‘bad’ for the heart because people associate them with palpitations, high blood pressure, etc. The consistent relationship between increasing caffeine consumption and decreasing heart failure risk turns that assumption on its head,” he said.

The most recent research, published last month in the Annals of Internal Medicine, found that people who drink a moderate amount of coffee, defined as up to 3 1/2 cups a day, were up to 36 percent less likely to die from any cause over the seven-year period of the study than those who did not drink coffee.

It didn’t matter what type of coffee the subjects drank—ground, instant, caffeinated, or decaf—or even if they added a modest amount of sugar: The results were the same.

According to Johns Hopkins, there are also many other benefits from daily coffee consumption. For example:

It’s typical with humans, however, to think that if something is good for you, more of it is better. That’s rarely the case, including with coffee.

Several studies—including those outlined above—have found that five cups of coffee a day appears to be the upper limit of safety. In fact, a 2009 study found a 17-21 percent increased risk of death among those who drank four or more cups a day.

Other possible negative effects of too much coffee include:

In addition, a 2017 study found that pregnant women who drink more than four cups of coffee a day were more likely to experience low birth rate babies, preterm births, and stillbirths.

Another study linked coffee consumption with the possibility of increased bone loss in postmenopausal women if their diets lack sufficient calcium intake.

Finally, those who are sensitive to caffeine may experience many of these side effects with even small amounts of coffee. Older adults also may not be able to metabolize caffeine as well they did when they were younger.

And anyone who is taking certain drugs (like ephedrine, used in decongestants) can experience increased blood pressure, along with a higher stroke risk, when they consume coffee as well.

But if you’re not caffeine-sensitive, and you don’t overdo it, our primary care doctors urge you to feel free to enjoy that third or fourth cup of the day without guilt. 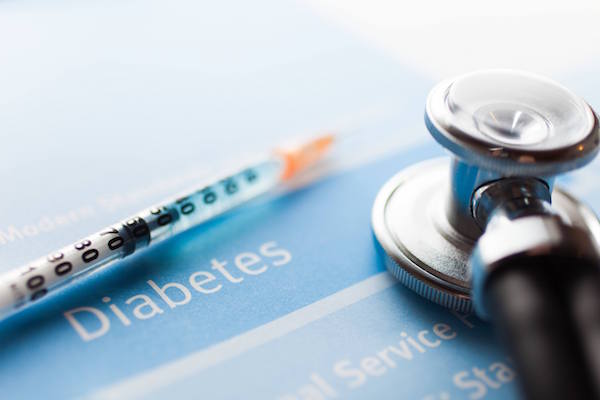 Diabetes Mellitus or DM is a serious, non-communicable disease that affects a body’s capability to produce insulin, use insulin, or both, to stabilize blood glucose level. According to the Centers for Disease Control and Prevention’s (CDC) statistics report, about 29.1 million Americans are suffering from it, where 21 million are diagnosed cases while 8.1 million remain undiagnosed. It is also the 7th cause of death in the US in 2010. A common misconception about the condition states that only people who are 40 years old and up suffer from it. Truth be told, the prevalence of diabetes to people who are less than 30 years old is gradually increasing. In fact, about 1.7 million cases were divulged in 2012.

Diabetes should be managed properly at all times. Unfortunately, if you continue to have an unhealthy diet or if you fail to control your blood-sugar through medications, complications may arise. Here are some medical conditions that you have to face, caused by the uncontrolled glucose:

Once you have learned that you have an abnormally concentrated blood glucose, you have to make sure that you will manage your condition immediately to avoid complications. Visit MD 2.0’s concierge doctors and medical practitioners. We can provide you personalized and comprehensive health care to help you treat this properly. Appropriate medication will be given, depending on your condition. You will either be required to receive oral medicines or insulin shots to stabilize your blood glucose.

You must not rely on these medications. It is important that you maintain a healthy lifestyle, too. First, you have to alter your diet. Eat well by choosing carbs that are packed with fiber as these will not spike your blood sugar. Learn how to balance your diet by portioning your food. It can be hard at first but you will eventually get the hang of it. There are a lot of meal guides available on the internet. Choose the right recipes that will not aggravate your condition and always consult your doctors.

Physical activities must also be done 30 to 60 minutes a day to improve the production and efficiency of the insulin in your body. This will also help enhance weight loss, improve blood circulation, and decreases chances of hypertension. If you want to increase your activities, you need to visit MD 2.0 once again to evaluate the presence of macro- and microvascular complication that could possibly be worsened due to exercise programs.

Proper diabetes management should be executed to keep you healthy at all times. It may be hard at first, but knowing the basics will help you ensure that you can lessen the complications your condition brings. Ask support from your family. Educating them about your condition will also help you live a healthy lifestyle.