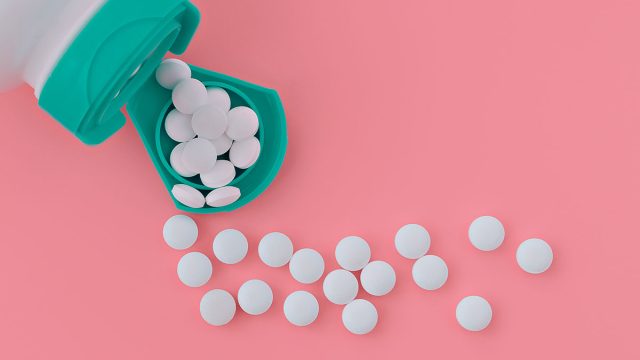 Our concierge doctors in Jupiter have cautioned you before about the possible downsides involved in taking over-the-counter (OTC) supplements.

There are several reasons for this:

1. They are not regulated by the U.S. Food and Drug Administration (FDA), or any government body, so they may or may not contain what the label promises.

2. Because they are unregulated, they may also contain other ingredients or fillers that can be harmful.

3. All drugs and supplements, whether prescription or non-prescription, have the potential to cause serious side effects.

4. They may interact with other prescription and non-prescription drugs to cause serious side effects.

5. People tend to think OTC drugs are harmless, and may take more than the suggested dose. They also may not mention their use of OTC drugs to their doctors for the same reason.

One such OTC drug that has been used more and more lately is melatonin. For several decades people have been using it to help with insomnia.

Now a new study, published this month in the journal JAMA, has raised concerns that—while widespread use is still relatively low—more Americans may be taking too much of it, which can lead to unforeseen complications in the long term.

While there are few problems with using melatonin in the short term, to help with jet lag, for example, long-term use can be dangerous.

The researchers surveyed data from 55,021 adults between 1999-2018 who reported using melatonin supplements regularly. They found that by 2018 they were taking more than twice the amount of melatonin they had been taking 10 years earlier. (The recommended dose is 1-5 mg., two hours before bedtime.)

This is worrisome for a number of reasons.

The Mayo Clinic lists the following most common side effects from melatonin use:

Other less-common side effects that have been linked to melatonin use include:

In addition, melatonin supplements can adversely interact with various other medications, including:

What’s in the pills?

Then there’s the problem of light regulation of OTC products. Even though melatonin is marketed as a dietary supplement in the U.S., it is actually a hormone.

While the FDA does regulate melatonin, it uses rules designed for dietary supplements, which are different and less strict than those for prescription or OTC drugs. In several other countries, melatonin is available only with a prescription and is considered a drug.

“These estimates [of increasing dosage] may raise safety concerns, especially given that the actual content of melatonin in marketed supplements may be up to 478 percent higher than the labeled content,” the study authors wrote.

“Previous research has found that the melatonin content in these unregulated, commercially available melatonin supplements ranged from -83 percent to +478 percent of the labeled content,” Rebecca Robbins, an instructor in the division of sleep medicine for Harvard Medical School, told CNN recently.

Another concern with melatonin supplements is possible adulteration with other substances. Earlier studies have found that up to 26 percent of melatonin supplements tested also contained serotonin, a hormone that can can harmful effects even at relatively low levels, according to the National Center for Complementary and Integrative Health (NCCIH), a department of the National Institutes for Health (NIH).

Robbins, co-author of the book “Sleep for Success! Everything You Must Know About Sleep But are Too Tired to Ask,” was not involved in the current study, but she also echoed another concern raised in the JAMA study. That is that Americans are becoming too dependent on sleep aids.

“Taking sleep aids [for long periods of time] has been linked in prospective studies with the development of dementia and early mortality,” she added.

Does melatonin even work?

Finally there’s the question of whether melatonin supplements to help people sleep are even useful. The JAMA study authors say the evidence for that is “insufficient.”

A belief has grown up over the last few decades around the use of melatonin, a natural hormone produced by the pituitary gland. It is almost unquestioned, even by medical professionals, that melatonin supplements will help you overcome insomnia.

And yet some studies have found that the benefit may be smaller than many think.

“When adults took melatonin, it decreased the amount of time it took them to fall asleep by four to eight minutes,” Dr. Cora Collette Breuner, a professor in the department of pediatrics at Seattle Children’s Hospital at the University of Washington, told CNN about one such study.

“So for someone who takes hours to fall asleep, probably the better thing for them to do is turn off their screens [one to three hours before bedtime], or get 20 to 40 minutes of exercise each day, or don’t drink any caffeinated products at all,” she said.

“These are all sleep hygiene tools that work, but people are very reticent to do them,” she added. “They’d rather just take a pill, right?”

If you’re having trouble sleeping, please let us know. Short-term use of melatonin or other sleep aid may be appropriate in your case, but we can also explore different approaches.

And remember, just because it’s sold over the counter doesn’t mean it’s safe.