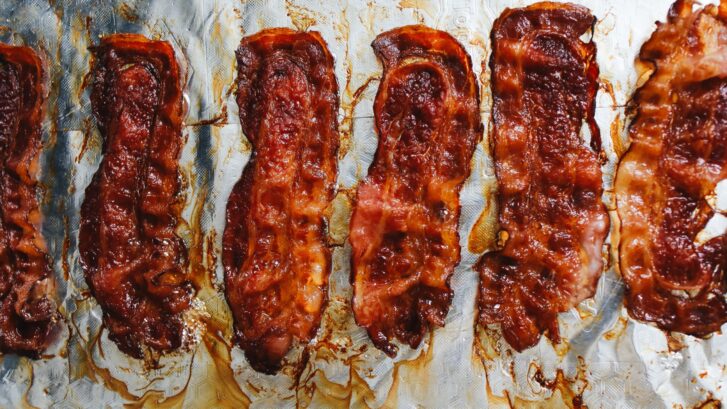 Our concierge family practice doctors in Jupiter, Florida, certainly understand the allure of crisp bacon, the snap of fried sausage, or the attraction of a hoagie piled high with a variety of processed meat.

We understand it, but we’d prefer you didn’t indulge. Or at least, do so very, very rarely. Another new study adds to the increasingly damning evidence piling up about the health hazards of processed meat.

Consuming just two sausages or six slices of bacon a week substantially increases your risk of:

The study, published last month in the American Journal of Clinical Nutrition, spanned a 10-year period. It also screened participants for physical activity and smoking to account for those activities on CVD events and deaths.

It was part of a long-term study known as the Prospective Urban Rural Epidemiological (PURE) study. This is the first multinational attempt to compare diets across cultures and countries comprising low-, medium-, and high-income countries. The researchers believe this helps provide more accurate results.

The category of processed meat includes:

The current study is just one more supportive finding about the negative health impacts of processed meat.

For example, one study, published in Oxford’s International Journal of Epidemiology in 2019, comprised a systematic analysis of over half-a-million men and women from the United Kingdom over five years. Researchers found eating processed meat increased the risk of colorectal cancer by 20 percent for every 25 grams consumed a day. A.K.A. the equivalent of one slice of bacon or about a single slice of ham.

Research has not pinpointed the reason why processed meat should pose such a danger to consumers. But preliminary findings point to the nitrites used to prevent processed meats from developing bacterial growth. During cooking, nitrites are converted to cancer-causing compounds known as nitrosamines.

Surprisingly, the new study didn’t find an association between a small amount of unprocessed meat—especially poultry—and increased CVD risk. The authors found their analysis “did not find significant associations between unprocessed red meat and poultry intake with mortality or major cardiovascular disease.”

Up to 250 grams (about nine ounces) of red meat per week seemed to show no effect on CVD… Although it has been implicated in increased cancer risk. This is good, because red meat is high in iron, protein, and especially vitamin B12, which is difficult to obtain from other food sources.

“The totality of the available data indicates that consuming a modest amount of unprocessed meat as part of a healthy dietary pattern is unlikely to be harmful,” study co-author Dr. Mahshid Dehghan at McMaster University in Canada, told the Daily Mail.

The best way to eat

As we’ve said many times, the ideal diet for optimal health is one that emphasizes a variety of foods that are processed as little as possible. This means eating more fruits and vegetables, beans and nuts, fish, poultry, whole grains, and low-fat or nonfat dairy. It also means less full-fat dairy products, fatty meats, sugar-sweetened drinks, and sweets.

We don’t expect you to ban all processed meat from your diet for the rest of your life. Just be aware of the downside of consuming too much of it. Processed meat—like sugary foods and drinks—should be an occasional indulgence rather than a significant part of your diet.

We believe the best diets are those you can easily follow throughout your life, without designating certain foods as forbidden or “bad,” and that will enhance your overall health.