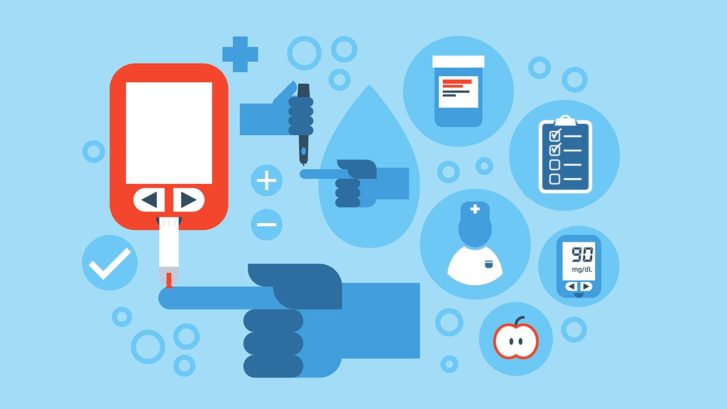 Now comes a new recommendation from the American College of Physicians (ACP) challenging what that “acceptable” level is. Published this month in the Annals of Internal Medicine, the ACP now recommends relaxing the goal of lowering the hemoglobin A1C reading from its current 6.5 percent. This target, which has been in place for decades, may end up causing more harm than good, the influential physicians’ group says, saying that the new A1C target should be between 7 and 8 percent.

The American Diabetes Association (ADA), however, strongly disagrees with the new recommendations, setting up a confusing conflict that physicians and their patients must now sort out.

Diabetes has been diagnosed in approximately 9.5 percent of Americans, and caused 80,000 deaths in 2016, according to the National Center for health statistics. In addition to death, complications can include strokes, heart disease, kidney disease, nerve problems, blindness, and amputations.

“Yes, it will be [confusing],” Dr. Jack Ende, ACP president told The Washington Post, which reported on the new recommendations. “But we really believe this is important enough that we have to get the message out, since we’ve seen more harms than benefits.”

The harms listed by the ACP included “hypoglycemic events,” i.e., low blood sugar, which can cause diabetes patients to feel lightheaded or confused, lose track of their surroundings, or even lose consciousness. Another long-term result of dropping blood glucose too low could be cardiovascular problems.

According to The Post, “The group also concluded that the burden of taking one or more medications to achieve tight glucose control can be greater than the benefit, in both side effects and financial cost. Side effects include weight gain, gastrointestinal problems, congestive heart failure, joint pain, fractures, and genital fungal infections.”

In addition to the harms done to patients, Ende told CBS news that the 6.5 percent figure is being used as a performance measure by insurance companies, and that when insurers expect all patients to achieve a certain A1C level, “that’s not always consistent with the best possible evidence.”

The ACP suggested that all diabetes care should be “personalized,” with the goal of between 7 and 8 percent for most adults with type 2 diabetes. The ACP also recommended that physicians should avoid aiming for a target A1C entirely in those with a life expectancy of less than 10 years (age 80 and older), and instead focus on minimizing symptoms of high blood sugar in this age group.

The ADA also recognizes the importance of individualizing diabetes care, CBS reported, but it resisted the new A1C target numbers, saying that the diabetes organization wants the target to be consistent from clinician to clinician.

“Individualization of targets is the key factor,” Dr. William Cefalu, ADA’s chief scientific, medical, and mission officer, told CBS. “By lumping most people with type 2 diabetes into a 7 to 8 percent target range, ACP’s new guidance may cause potential harm to those who may safely benefit from lower evidence-based targets.”

“We take exception when they say 7 to 8 percent in most patients,” he told The Post.

Your concierge doctors at MD 2.0 are reviewing the new guidelines closely, and will take them into consideration when treating our patients with diabetes. If you have any questions about these new recommendations-or any other aspect of your diabetes care-please do not hesitate to contact us.