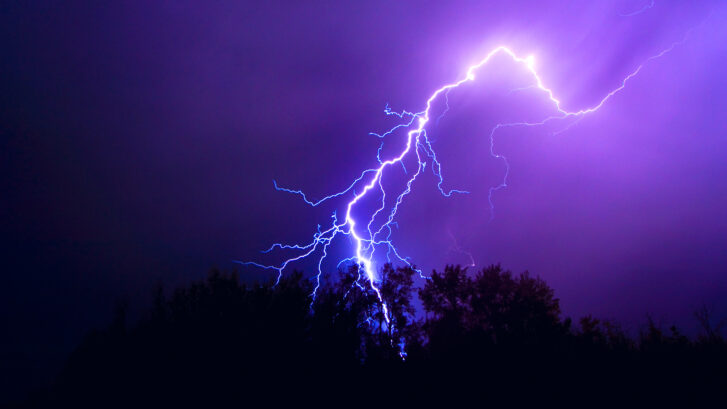 Labor Day is coming up, signaling the unofficial end of summer. Kids will be heading back to school and families will be trying to get as much outdoor fun into the waning days of the season as possible.

But as you go about your last-minute recreation, there’s a rare but deadly danger that our concierge primary care doctors in Jupiter want to warn you about: lightning.

Our state is known as the “Lightning Capital of the U.S.” More people die from lightning strikes in Florida every year than in any other state, and the southeastern coast of the state is second only to the Tampa area in reported fatalities.

That’s why we want to remind you that these tragic deaths can be prevented, as long as you know how to avoid them.

Lightning kills an average of 23 people every year. So far this year, 12 people have been killed by lightning, including a 27-year-old man doing lawn maintenance in New Smyrna Beach, Florida, and a soldier on a training exercise at Fort Gordon, Georgia, both in July.

The most recent deaths occurred this month in Washington, D.C., in Lafayette Park just north of the the White House, as the victims huddled under a tree for protection from a sudden severe thunderstorm.

One was a 29-year-old bank vice president in town on business. The others were a Wisconsin couple celebrating their 56th wedding anniversary. All three were killed, while another woman who was also struck remains in critical condition.

They were struck by an unusual six-prong bolt that hit the same place within half a second, creating a ground current.

According to the National Weather Service (NWS), “When lightning strikes a tree or other object, much of the energy travels outward from the strike in and along the ground surface.”

“This is known as ground current. Anyone outside near a lightning strike is potentially a victim of ground current,” the agency adds.

A ground current discharge is one of five ways people can by struck by lightning.

Direct strike – These most often occur to victims who are in open areas. While the most deadly type, it’s not as common as the other four.

Side flash – Also called a “side splash,” these occur when lightning strikes a taller object near the victim and a portion of the current jumps from the taller object to the victim.

Ground current – This type, mentioned above, causes the most lightning deaths and injuries, including to farm animals.

Conduction – Lightning can travel long distances in wires or other metal surfaces, because the metal provides a path for the lightning to follow. This type is the way most people are killed indoors during a lightning storm, including when they’re taking showers, washing dishes, or talking on corded phones.

Streamers – While uncommon, streamers can injure or kill when a side bolt separates or rebounds from the main or leader bolt and discharges.

To stay safe from lightning, the NWS offers these guidelines to avoid being struck by lightning.

If someone is struck