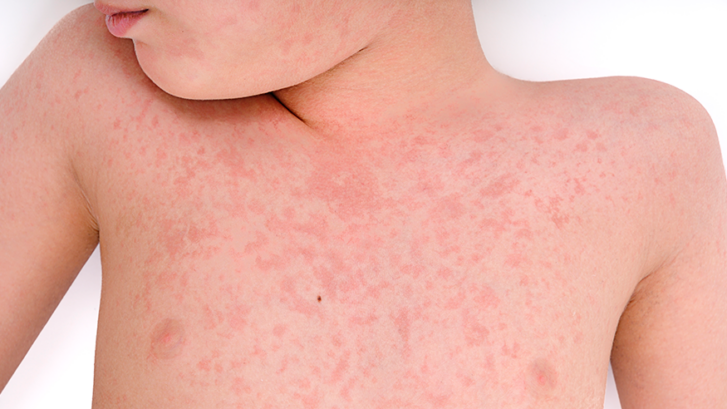 At this point, the only communicable disease we know of that is more transmissible than the novel coronavirus is measles. This is why our concierge doctors were concerned about a recent report from the Centers for Disease Control and Prevention (CDC) that warned of a potential measles outbreak among children.

According to the CDC, as of April 26, 2019, the agency had reported 704 cases of measles in the United States since the beginning of 2019, representing the largest number of cases reported in the country in a single year since 1994, and since measles was declared eliminated in this country in 2000.

Earlier this month, the CDC released results of a study that found an alarming number of children are not receiving their recommended vaccines, including measles, due to the pandemic-imposed lockdown. According to the study, the number of measles vaccines administered to children under 24 months dropped below 1,000 during the week of March 23, compared to approximately 2,000 a week before a national emergency was declared in the U.S.

“As social distancing requirements are relaxed, children who are not protected by vaccines will be more vulnerable to diseases such as measles,” the agency warned.

The danger of measles

This is disturbing because, despite its outward manifestation as a red, itchy rash, measles is, in fact, a respiratory infection caused by a virus. just like the novel coronavirus. And one of the main infection points for COVID-19 is in the respiratory system, meaning susceptible children can be doubly compromised.

Like SARS-CoV-2, measles is a highly contagious virus that lives in the throat and mucus of an infected person and spreads through coughing and sneezing. The virus can survive for up to two hours in an airspace where an infected person coughed or sneezed. If other people breathe the contaminated air or touch the infected surface, then touch their eyes, nose, or mouth, they can become infected.

Measles, however, is even more contagious than the novel coronavirus. The metric known as R0 (pronounced “R-naught”) measures the ability of a virus to infect others. The R0 for SARS-CoV-2 is about 2 to 2.5, meaning one infected person will infect an average of 2.2 people. The R0 for measles is 12-18.

It is so contagious that if one person has it, up to 90 percent of people close to that person who are not immune will also become infected. The infection can be spread to others from four days before through four days after the rash appears.

Typical symptoms of measles infection include:

People tend to think of measles as a harmless, normal childhood disease. But a significant number of those who contract measles will develop severe and even deadly complications.

According to the CDC:

Other complications can include ear infection, bronchitis, laryngitis or croup.

These are just the immediate results. The most serious long-term complication is a rare disease of the central nervous system called subacute sclerosing panencephalitis (SSPE). SSPE generally develops seven to 10 years after a person contracts the measles virus. Between four and 11 people out of every 100,000 who get measles will develop SSPE.

According to the Encephalitis Society, SSPE begins slowly with subtle symptoms. The first noticeable symptom is a change in personality and an inability to function at work or school. Handwriting or speech may also change. This is usually followed by seizures or involuntary movements, which progress within a few months to brain deterioration and dementia.

“Finally, problems affecting feeding, swallowing, and breathing contributes to the final stage of the illness,” the Encephalitis Society says. “The patient may stay in this period for many months or even years. Death is usually caused by pneumonia.”

There is currently no treatment or cure for SSPE, which can only be contracted by those who have had the measles. Everyone who gets it dies. For babies who get measles before being vaccinated, the rate of SSPE is one in 609 cases.

The now-debunked claim that the measles vaccines cause autism (which is now thought to be due to having an older father and/or to a genetic component) has triggered an anti-vaccination movement in this country. But it’s important that children receive all the recommended vaccinations, including the measles vaccine (part of the mumps, measles, and rubella—or MMR—combination).

Please let us know if you have any questions or concerns about vaccinating your child.