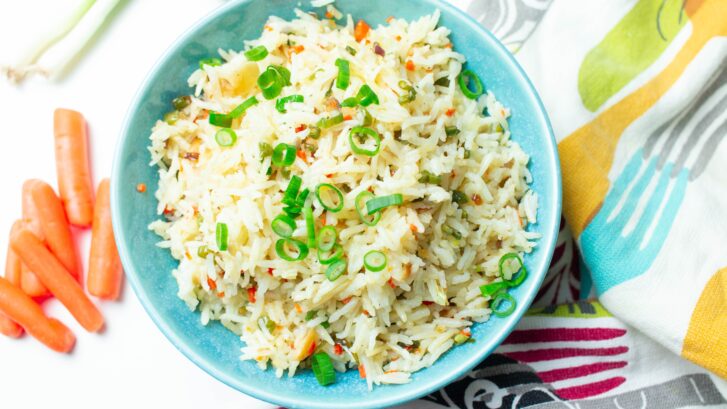 When you’re digging into a bowl of rice cereal, or a hearty helping of arroz con pollo, or just munching on low-cal rice cakes, you certainly don’t expect to be ingesting a potential toxin. But unfortunately, that’s what’s happening whenever you or your children consume any type of rice.

Our concierge primary care doctors in Jupiter aren’t telling you to avoid rice altogether. We do think you should know about the risks connected with arsenic in rice, and how to mitigate them.

The problem with arsenic

When it comes to discussing arsenic in foods, there are two types of arsenic: organic and inorganic.

Organic arsenic compounds contain arsenic with carbon (and have nothing to do with organic farming practices).

Inorganic arsenic compounds contain arsenic with a non-carbon element such as oxygen. This is the more dangerous type of arsenic found in foods, although organic arsenic can also cause problems.

According the U.S. FDA, long-term exposure to inorganic arsenic in foods has been associated with skin disorders, as well as increased risks for skin, bladder, and lung cancers. Other reports link exposure to increased risk for heart disease and type 2 diabetes.

And it’s even more dangerous to infants. Heavy metals such as arsenic, lead, and mercury have been shown to interfere with infant neurological development. They alter the child’s developing brain and eroding a child’s IQ. Studies found the effect is cumulative. The more of these foods the baby eats, the higher the accumulation of toxic metals in the child’s system.

Part of the problem, according to experts, is how limited babies’ and children’s diets are. They end up receiving a higher concentration of the contaminants in their foods.

How did it get there?

Unfortunately, we find arsenic in many of the foods we eat. This is because it is present in the soil, air, and ground water. This is a result of the heavy and widespread use of pesticides in the last century. They contaminated the earth and are now leeching into the foods we eat. Arsenic also occurs naturally, which compounds the problem.

In addition, certain foods are known to absorb more of these compounds. The FDA reports that, because rice is grown in water, it absorbs inorganic arsenic better than soil-grown crops. And it contains the highest concentration of any food.

A new study also found that the higher temperatures associated with global warming increases arsenic concentrations in grains, including rice.

And if you’ve been eating brown rice instead of white because you believe it’s healthier, think again. Brown rice accumulates higher levels of arsenic than white. It’s contained in the bran, which is removed to make white rice.

How to limit exposure

Ninety five percent of commercial baby foods contain arsenic and other heavy metals. Infants are also most susceptible to the effects of arsenic. And infants and children are naturally exposed to larger “doses” of arsenic relative to their small size. So what can you do? Start by limiting your children’s exposure to rice and rice products.

“Babies can start on single-ingredient foods like avocado, banana, pureed peas or beans, baby oatmeal, and even pureed meat,” she told The Washington Post.

The American Academy of Pediatrics (AAP) doesn’t go quite so far. It recommends feeding infants and toddlers a variety of grains, including oat, barley, and multigrain cereals, and not as much rice cereal.

As for adults, Consumer Reports suggests relying more on other grains. This includes quinoa, bulgur, barley, farro, amaranth, polenta, buckwheat, and millet, all of which are low in arsenic. Also choose white rice over brown, because brown rice contains as much as 80 percent more arsenic than white.

Consumer Reports also advises checking the source of your rice. Basmati rice from California has the lowest levels of arsenic, while rices from Texas are among the highest. Rice from Louisiana, Arkansas, and other southern states contain higher levels of arsenic. In these places, pesticides used to control the boll weevil in cotton, is still high in the soil there. Rices from India and Pakistan are also lower in arsenic.

Other steps you can take

When cooking rice, you may be able to reduce its levels of arsenic up to 30 percent by rinsing it thoroughly before cooking, according to the FDA. Use a ratio of six cups of water to one cup of rice, and drain the excess water afterward.

Then cook it the way you would pasta. Use six to 10 parts water to one part rice, and drain the excess. The FDA reports this method can reduce 40 to 60 percent of the inorganic arsenic content, depending on the type of rice. Unfortunately, it can also reduce the enriched nutrients, including folate, iron, niacin, and thiamine, by as much as 70 percent.

If you use well water, by the way, be sure to have it tested for arsenic contamination. If it is present, don’t use it to cook your rice.

Rice lovers don’t have to give it up entirely. Just limit your consumption to a few servings a week, and take some of the steps we’ve suggested here.