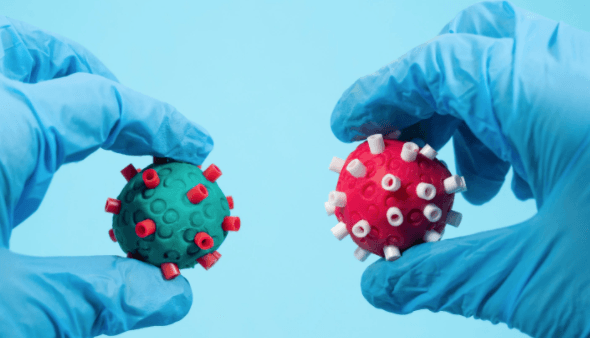 Just when we were beginning to think we could see the light at the end of the tunnel on COVID-19, it turns out that the light might be a train coming the other way. Or maybe not. But all signs are pointing to the possibility of a “twindemic” of the flu and the coronavirus hitting at the same time this winter.

And not only might each virus infect millions, overwhelming hospitals, but our concierge doctors in Jupiter have also seen several reports of people contracting both viruses at the same time. This event, though still so far extremely rare, highlights the difficulty of having to deal with two widespread, serious illnesses simultaneously.

Two pandemics at once

Public health officials have been warning for months of the possibility of a severe outbreak of influenza this winter at the same time the coronavirus is still raging. We were among those who alerted our patients to this possibility in September of this year.

As we wrote at the time, the measures we took to avoid coronavirus infection—wearing masks, social distancing, and frequent hand washing—also resulted in a record-low number of flu cases. And deaths for the 2019-2020 season were down an estimated 95 percent from a typical year.

That may have contributed to weakening our natural immunity to the flu, which in turn means this year we could be hit harder than normal.

“As with COVID, when somebody recovers from a seasonal influenza infection, they retain some level of immunity that protects them against future infection, at least for a short period of time,” epidemiologist Lauren Ancel Meyers, director of the University of Texas COVID-19 Modeling Consortium, told CNBC at the time.

“Since our COVID mitigation measures prevented influenza transmission last year, there are not a whole lot of people who were recently infected,” she explained. “So we may be entering flu season with a higher level of susceptibility than usual, which could exacerbate the risks.”

We’d like to think that nature wouldn’t hit us with a double whammy of flu and COVID-19 at once, but apparently she has her own ideas.

The Centers for Disease Control and Prevention (CDC) has already reported rising cases of influenza, at the same time that we’re also seeing “skyrocketing” cases of COVID-19, especially in unvaccinated children.

And it turns out that people can be infected with both viruses at once. Israel last month reported two cases of pregnant patients who had tested positive for both viruses. Other recent reported cases include a teenager in Houston, a teenage boy in Los Angeles, two patients in Hungary, and six people in Brazil.

The Atlantic magazine reported a case of a hospitalized New York man and three of his family members who tested positive for both viruses as far back as February 2020, at the beginning of the coronavirus outbreak in this country.

The media has coined the word “flurona” to describe such simultaneous infection with the flu and coronavirus, though it’s not a formal medical designation.

“The two together definitely could be more injurious to the lungs and cause more respiratory failure,” Michael Matthay, a professor of medicine and a critical care specialist at the University of California, San Francisco, told CNN.

At the same time, however, other experts say that co-infections, especially in vaccinated individuals, shouldn’t cause too much concern because we have effective treatments for both viruses.

“If you are vaccinated, the disease is very mild,” Arnon Vizhnitser, director of gynecology at Israel’s Beilinson Hospital, told The Washington Post. “Women who were not vaccinated [against the coronavirus] were very sick.”

Protecting yourself and your kids

And that’s the key to protecting yourself and your children from either virus or both together. It’s especially important to protect young children, because they appear to be the most vulnerable to flurona.

“Hands down, the number one predisposition for having more than one virus at the same time is your age, and it’s really children under five,” Frank Esper, a physician at the Cleveland Clinic Children’s Center for Pediatric Infectious Diseases, told USA Today.

“They all have virus running rampant and swap them like trading cards,” he said.

Children under age five can’t get the coronavirus vaccine yet, so they are the most susceptible population group to that virus.

They can, however, receive a flu vaccine at the age of six months and up. USA Today reported that, as of December 4 (the most recent figures available), only about 43 percent of children had been vaccinated for the flu.

If all the adults they come in contact with are fully vaccinated for both viruses, and they are vaccinated for the flu, that’s the best way to protect them from the flu, COVID-19, and flurona.