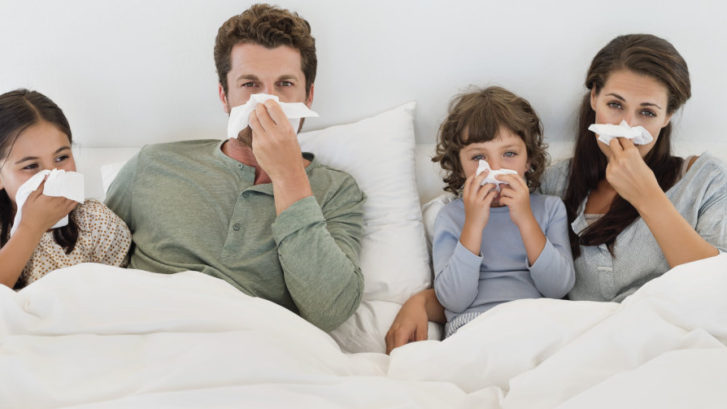 “Flu is spreading fast this year, with a severe season possible” – NBC News

“Flu season is off to an early start this year, CDC says” – ABC News

“As clinicians in the United States prepare for the start of another influenza season, experts have been watching the Southern Hemisphere winter for hints of what might be in store for us in the North. Reports from Australia have caused mounting concern, with record-high numbers of laboratory-confirmed influenza notifications and outbreaks and higher-than-average numbers of hospitalizations and deaths.”

Your concierge primary care doctors at MD 2.0 in Jupiter, Florida, have special cause for concern about our patients, because the early clusters of flu outbreaks seem to be heading this way. CBS reports that, “By the end of [the first full week of December], seven states reported widespread flu activity: Arkansas, Georgia, Louisiana, Massachusetts, Mississippi, Oklahoma, and Virginia.”

According to Consumer Reports (CR), a particularly virulent strain of influenza, called H3N2, was most responsible for Australia’s unusually high number of flu cases, causing 29,000 hospitalizations and 745 deaths by the middle of August (the height of flu season there). This is more than twice as many as the average over the preceding five years.

Even more distressing, the annual flu vaccine, which is targeted to H3N2, among other strains, appears to be only 10% effective against this dominant strain.

Does this mean you should skip the flu shot this year? Absolutely not. First of all, if you do get the flu, it’s likely to be less severe and less contagious if you’ve had the shot, so you’re protecting both yourself and others.

Second, the flu shot protects against many variations of the virus.

“While each flu season may have a dominant strain, there are other strains of the virus that will circulate as well,” Dr. William Schaffner, medical director of the National Foundation for Infectious Diseases, told CR. “We know that this vaccine was quite good on the other strains.”

In addition to receiving the flu shot, here are other tried-and-true methods to avoid getting sick, according to the CDC.

1. Avoid close contact with people who are sick. When you are sick, keep your distance from others, and stay home when you’re sick to avoid passing it to others.

2. Cover your mouth and nose when coughing or sneezing to avoid spreading the virus.

3. Wash your hands often with soap and water for at least 20 seconds to protect yourself from germs. If soap and water aren’t available, use an alcohol-based rub.

4. Avoid touching your eyes, nose or mouth, the portals most likely to allow the flu (or cold) virus to enter your body.

6. Practice other good health habits: Get plenty of sleep and exercise, manage your stress, drink plenty of fluids, and eat nutritious food.

Finally, see us if do contract the flu if your symptoms don’t go away in a few days, or if they become severe. Also contact us if you have a compromised immune system, or if you’re older than 65. But remember, antibiotics are designed to fight bacteria, not viruses, and they are useless against the flu.