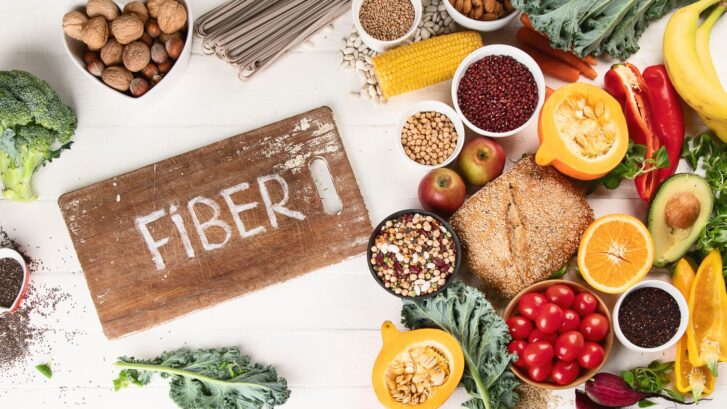 Your mother may have called it “roughage.” These days it’s known as fiber. Whatever it’s called, our concierge doctors in Jupiter want you to know just how healthy—and vital—this substance can be.

According to the National Institutes of Health (NIH), average fiber intakes for adults and children in the U.S. are less than half the recommended levels, adding that individuals with high intakes of dietary fiber appear to be at significantly lower risk for developing:

If all that wasn’t enough to induce you to increase your fiber intake, a recent study published in the journal Lancet concludes that those who eat the most fiber are less likely to die from any cause.

Researchers at the University of Otago in New Zealand conducted a review commissioned by the World Health Organization (WHO) of over 180 observational studies and 50 clinical trials from the last 40 years and involving nearly a million participants. They found that those who consumed the most fiber in their diets experienced a 16 percent reduced risk of dying compared to those who ate the least amount. As for specific illnesses, they found the high-fiber group had a 22 percent lower risk of stroke, a 16 percent lower risk of type 2 diabetes and colorectal cancer, and a 30 percent reduced risk of dying from cardiovascular disease.

They also found that the more fiber subjects consumed, the lower their risk for various diseases. For every extra eight grams consumed each day, the risk of illness dropped an additional five to 27 percent.

And by the way, researchers did not find a similar benefit in those who took fiber supplements. As with so much else in the nutrition world, the benefits seem to coincide with eating fiber-rich foods, rather than attempting shortcuts by popping a pill.

Dietary fiber is the part of various foods that your body can’t digest, passing mainly intact through your digestive system. It absorbs water as it passes through the digestive tract, helping to move digested food through the intestines. In addition, it provides bulk, and often helps those with irritable bowel syndrome (IBS) by regulating intestinal contractions to prevent spasms.

All-natural foods contain a certain amount of fiber, of which there are two types: soluble and insoluble. Soluble fiber absorbs water, turning into a gelatin-like substance as it does so. Soluble fiber reduces cholesterol because it attaches to cholesterol particles and helps move them out of the body quickly. It also regulates blood sugar, thereby reducing your chances of developing type 2 diabetes or helping to control the condition if you already have it.

Insoluble fiber can’t be broken down in the body, so it retains its rough characteristics, thus helping to bulk up stool and remove it more easily from the body. It also reduces the risk of hemorrhoids and fecal incontinence. In addition, insoluble fiber maintains an optimal acid level in the intestines, reducing the risk of colorectal cancer.

One of the ways fiber—both soluble and insoluble—improves health is by slowing the rate at which food empties from your stomach, thus moderating the rate at which your blood sugar rises and triggers the release of insulin. When dieting, it helps increase the feeling of fullness (satiety) without adding calories.

How much to consume

The U.S. Department of Agriculture (USDA) recommends that women consume 25 grams of fiber a day and that men consume 38 grams daily. Those figures are the low end, however. Higher amounts yield greater health benefits.

The highest soluble fiber foods include legumes (such as split peas), lentils, all types of beans, and chia seeds, green peas, broccoli, whole-wheat bread and spaghetti, pearl barley, pears, grapes, prunes, and raspberries. Sources of insoluble fiber include all types of vegetables, nuts, and seeds.

One reason many people give for avoiding the recommended fiber intake is that it produces too much intestinal gas and abdominal cramping, or even induces diarrhea. The simple solution is to gradually increase your fiber intake—by, say, one or two grams per week—to allow your body time to adjust to it. You should also increase your water intake to help your body process the extra fiber.

For more tips on ways to eat healthier, talk to us.