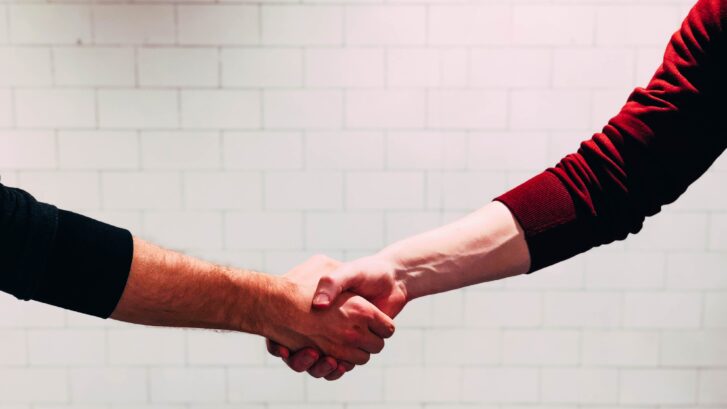 One thing our primary care doctors in Jupiter were not sad to lose during the pandemic was the ancient tradition of handshaking. It’s not because we’re anti-social. Quite the opposite, in fact. We love meeting new people, as well as seeing people we haven’t seen in awhile.

When people avoided each other, wore masks, and bumped elbows instead of shaking hands when they did meet, the incidence of other communicable diseases plunged. Science says the reduction in handshaking played a big role in that.

Last fall, the Centers for Disease Control and Prevention (CDC) reported, “Following widespread adoption of community mitigation measures to reduce transmission of SARS-CoV-2, the virus that causes COVID-19, the percentage of U.S. respiratory specimens submitted for influenza testing that tested positive decreased from greater than 20 percent to 2.3 percent and has remained at historically low levels (.2 percent versus 1-2 percent).”

In April of this year, Scientific American reported that the influenza virus had virtually disappeared worldwide.

“There’s just no flu circulating,” Greg Poland, who has studied the disease at the Mayo Clinic for decades, told the magazine.

One study from the University of Colorado, Boulder, found a typical person’s hand had about 150 different species of bacteria living on it. Others have revealed that the most common bacteria found on hands is fecal coliform. That’s because studies show that up to 95 percent of people don’t wash their hands well enough after using the toilet.

“I don’t think we should ever shake hands again,” Dr. Anthony Fauci, White House health advisor, said last year at the height of the pandemic. He later clarified that he was “somewhat serious.”

But he’s not the only medical professional who wishes humans had never begun the tradition. And not just because of the risk of passing on the coronavirus.

The practice carries the risk of transmitting a host of germs, including norovirus, food poisoning, and “hand-borne transmission of fecal bacteria,” he said. “We’re not talking about a minor issue,” he added. “Would you lick someone’s hand?”

It’s not so much the handshaking as what we do with our hands afterward: touching our eyes, noses, and mouths, experts say. This is what can lead to infection with all these other illnesses.

Unfortunately for our communal health, handshaking is a tradition that goes back millennia. It crosses many cultures, from Babylonia to Rome to present-day Europeans and Americans.  National Geographic noted that ancient artifacts show people shaking hands.

Some other cultures have never used the handshake when meeting others. Many in the Arab world simply touch their palms to their hearts. The Japanese bow. Hindus place their palms together in the Namaste greeting.

Nevertheless, handshaking in our culture is a practice that may never go away, pandemic or no pandemic.

“It’s very deeply ingrained in the social fabric,” Juliana Schroeder, a management professor at the University of California, Berkeley, who has studied handshakes, told USA Today. “It feels like something will be lost.”

If you want to go back to shaking hands when greeting someone, at least remember the lessons learned as a result of the pandemic.

According to the Florida Department of Health, one of the most effective ways to stay healthy is also the simplest: effective hand washing. So here’s a refresher from them on how to do it right.