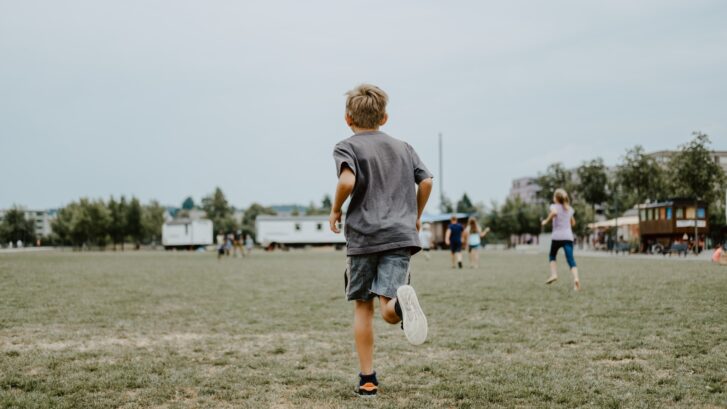 One of the many drawbacks of the pandemic our concierge doctors have noted is that children aren’t getting as much exercise these days. Limited in their ability to run and play freely with friends, along with the increased prevalence of virtual learning, kids are not getting the exercise they need to stay healthy.

One place this lack of activity is impacting them is in their bone health. The National Osteoporosis Foundation (NOF) recommends that osteoporosis prevention begin in childhood. Studies have shown stronger bones in youth result in better bone health later in life. And it’s possible to help develop your kids’ bone health.

According to the National Institutes of Health (NIH), more than 53 million Americans have either been diagnosed with osteoporosis or are at risk of developing it. But one myth about osteoporosis is that it is a normal part of aging. Osteoporosis and the broken bones that result from it can be prevented.

Osteoporosis is a bone disease in which the body loses too much bone, makes too little bone, or both. This causes bones to become weak and brittle.

The NIH calls osteoporosis “a childhood disease with old-age consequences.” Bone is living tissue that changes constantly. The bone mass formed in childhood has significant impact on the health of bones later in life.

The Centers for Disease Control and Prevention (CDC) reported more than 300,000 Americans ages 65 and older are hospitalized each year for hip fractures. More than half of those never fully recover from the break. Many die as a direct result of the fracture.

For most people, the amount of bone tissue in the skeleton peaks by their late twenties. Up to 90 percent of peak bone mass is acquired by age 18 in girls and age 20 in boys, according to the NIH.

Does this mean you need to have your children lifting weights at the gym for hours on end? Not according to a new study released last month in the Journal of Bone and Mineral Research.

It turns out there’s a “just right” balance of activities that will maximize bone health in children. Researchers at the University of South Australia (UniSA) evaluated 804 Australian children between the ages of 11 and 13 years. They found children require more moderate-to-vigorous physical activity, more sleep, and less time spent in sedentary activates to achieve optimal kids’ bone health.

They found the ideal balance of a child’s activities across a 24-hour-period comprises:

“Children’s activities throughout the whole 24-hour day are important for their bone health, but until now, we haven’t known the perfect combination of exercise, sleep, and sedentary time,” Dr. Dot Dumuid, lead researcher of the UniSA study, said in a statement. “The ‘Goldilocks Day’ tells us the durations of physical activity, sleep, and sitting that are ‘just right’ for children’s optimal bone health.”

Participants wore accelerometers 24 hours a day for eight days to track their mobility. They kept supplemental self-recorded logs for sleep and wake times. They recorded bone density measures at the start and end of the study. These findings led to the recommendations shown above. The most surprising factor appeared to be the role sufficient sleep plays in healthy bone development.

“We always talk about getting enough exercise to help build bones, but for children, it’s vital that they also get enough sleep,” Dumuid said. “By knowing the best balances and interrelations of sleep, exercise, and rest, parents and caregivers can guide their child’s daily activities to put them in good stead for future bone health.”

In addition to the “Goldilocks” balance of activity and sleep, it’s important to also factor in proper nutrition for bone health. For children, the NIH says that means a diet rich in calcium and vitamin D. It notes most children don’t get enough of either nutrient.

Fortified milk also contains vitamin D. One eight-ounce glass contains 2.5 mg. of vitamin D3, or about 10 percent of the recommended intake. Other good sources include liver, egg yolks, and oily seafood such as salmon, tuna, herring, and sardines.

We realize it’s difficult to get them moving as much lately with the various pandemic restrictions. But try nevertheless to encourage as much exercise as you can, whether indoors or outdoors.

If you have any questions about developing kids’ bone health or any other health issue, be sure to let us know.