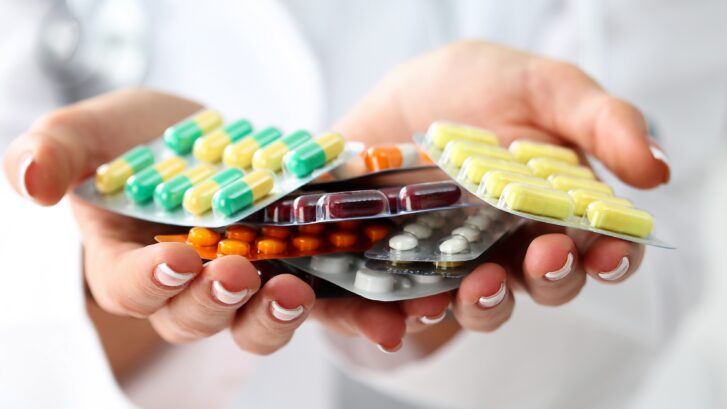 Among the many problems that resulted from the COVID-19 pandemic, one of the more serious was an increase in antibiotic resistance (AR), according to a new report from the Centers for Disease Control and Prevention (CDC). The agency estimates that in 2020, the first year of the pandemic, AR infections and deaths in hospitals increased at least 15 percent over 2019.

Our concierge primary care doctors in Jupiter were discouraged to hear this because concerted efforts by the medical community in the last ten years had succeeded in reducing these resistant infections by nearly 30 percent.

It’s worrisome news, because bacteria and other pathogens evolve, just as the coronavirus does to better ensure its survival. As bacteria mutate, they are able to resist the commonly used antibiotics used to treat them, meaning eventually our best weapons become useless and people die unnecessarily.

According to the CDC, at least two million people get an AR infection every year, and at least 23,000 die as a result.

What was it about the pandemic that caused this jump in numbers?

For one thing, lack of knowledge; for another, sheer numbers. Medical staff facing patients with fevers and shortness of breath turned to antibiotics as one weapon in their frantic attempts to treat people with an illness they’d never encountered.

Second, whenever such invasive procedures as ventilators and catheters are used, they provide an opportunity for infections, which must then be treated by antibiotics, and the hundreds of thousands of hospitalized COVID-19 patients thus drove higher antibiotic use.

The CDC report says that from March 2020 to October 2020, nearly 80 percent of those hospitalized for COVID-19 received an antibiotic.

The problem with antibiotics

What’s wrong with using antibiotics if they might help?

According to the CDC, “If even one bacterium becomes resistant to antibiotics, it can then multiply and replace all the bacteria that were killed off. That means that exposure to antibiotics provides selective pressure, making the surviving bacteria more likely to be resistant.”

In addition, the CDC says, “When a patient (human or animal) receives an antibiotic they do not need, not only does the patient get no benefits, but they are also put at risk for side effects (e.g., allergic reactions, toxicity that affects organ function, C. diff). Evidence suggests that one in five hospitalized patients who receive an antibiotic has an adverse drug event.”

Antibiotics can cause such side effects as diarrhea when they destroy friendly bacteria, along with the invaders. Other possible side effects include stomach pain, rash, respiratory difficulties, nausea and vomiting, and joint swelling.

One study by the CDC and the Pew Charitable Trust found that nearly a third of the antibiotics prescribed every year—whether in doctor’s offices, hospital-based clinics, or emergency rooms—are not needed and are ineffective for the illness they’re prescribed for.

A large number of these prescriptions were provided at the request of patients, who demand their doctors “do something” for conditions that cannot be cured by antibiotics. These include the flu, colds, coughs, and sore throats not caused by strep. Other conditions for which antibiotics are not indicated include bronchitis, asthma, and allergies.

And not just doctors

Patients also play a role in the spread of AR by:

This last behavior, in fact, is a major contributor to the problem of antibiotic resistance. When a patient begins to feel better after a few days and stops taking the antibiotic, the bacteria may be weakened but not killed; their remaining numbers survive to mutate into a strain that can no longer be killed by the antibiotic.

Finally, animal agriculture also contributes to the problem. Antibiotics are used to feed livestock to accelerate growth and prevent disease in otherwise healthy animals that are kept in unnaturally confined conditions during their lifecycle.

A 2017 study by the Pew Charitable Trust confirmed that antibiotic use on farms and feedlots leads to the emergence of resistant bacteria and that these resistant bacteria are infecting humans, either through direct contact with the bacteria, with food produced from the animals, or through the environment.

These are the reasons why we’re very careful about when we prescribe antibiotics to our patients. You can do your part, as well, by:

Finally, it’s important to take steps in your daily life to prevent infections from taking hold in the first place. This includes frequent hand washing, getting all the vaccinations we recommend, and using safe sanitation practices when handling food.