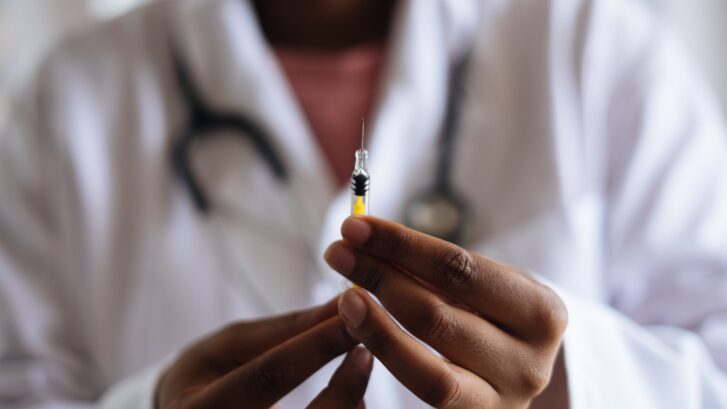 Our concierge doctors are receiving questions as the two approved coronavirus vaccines become more widely available. So we decided to answer many of those questions on the effects of the vaccine here.

The vaccine rollout has gone more slowly than anticipated. First, there aren’t as many doses available of either vaccine as had been promised originally. There are approximately 200 million Americans in need of the vaccine, which means 400 million total doses for two shots. But there are currently only about 100 million doses available, and approximately three percent of the population has been vaccinated.

Second, there has been confusion and controversy regarding who should be first in line to receive a shot, who should be next, and so on.

Finally, until the end of December, the federal government did not allocate enough money for states to pay for training additional vaccinators, adequately storing and distributing the vaccine, etc. The economic stimulus package passed in December allocated $8 billion for states. But health officials say it will take time to receive the money and implement necessary protocols.

In the coming weeks, however, these problems should begin to be resolved. Experts expect the vaccines to be more available to those who need it: front-line health care and essential workers, seniors in long-term care facilities, and those at high risk of contracting COVID-19. It will likely take longer than that for the general public to begin receiving vaccines.

Both the Pfizer-BioNTech and Moderna vaccines require two doses for maximum effectiveness. Both vaccines show in early trials to deliver immunity rates around 95 percent. The flu shot generally has an effectiveness rate of between 30-50 percent.

While it is still too early to be certain, it appears the vaccines could take as long as 28 days to create the promised level of immunity. Although, one recent study found immunity can begin within 12 days. (The flu shot takes between 10-14 days for full effectiveness.)

There has also been controversy regarding whether to make sure everyone receives both doses. Some argue one will be enough for now, given the nationwide shortage. Experts still haven’t settled the question. But more are now leaning toward the concept of giving as many people as possible at least some protection– meaning, just a single dose initially until the supply shortage eases. Early research seems to show a single dose may confer between 80-90 percent protection, thereby strengthening that argument.

Health officials say at least 70 percent of the population must be inoculated in order to receive so-called “herd immunity.”

By the way, there is zero chance of contracting the virus from the shot. Unlike traditional vaccines that introduce a weakened or dead virus into the body, both COVID-19 vaccines use messengerRNA (mRNA) to trigger immunity.

And no, the mRNA won’t change your DNA. It never enters the nucleus of the cells where the DNA resides.

When we talk about side effects, we mean both the allergic reactions noted in relatively few individuals and the expected aftereffects of a standard vaccination.

According to the CDC, nearly two million people received one of the coronavirus vaccines in the first week it was available. It said at least 29 of the had a severe allergic reaction called anaphylaxis. This condition can be life threatening, and must be treated immediately with an emergency injection of epinephrine.

If you have a history of severe allergic reactions that require you to carry an Epi pen, check with us before being vaccinated.

Many of those who have already received the vaccine reported no side effects. Research from the vaccines trials reported most people can expect to experience at least one side effect from the shot. And that’s normal, as the body swings into action to mobilize its immune defenses against the coronavirus. It can also happen with the flu vaccine.

Reported side effects include

These generally go away in a day or two. We believe such short-term discomfort is a small price to pay to keep from getting COVID-19. Just ask the “long haulers,” whose lives have been disrupted for months with lingering, debilitating effects from the virus.

If you have any questions about the effects of the vaccine, please let us know.