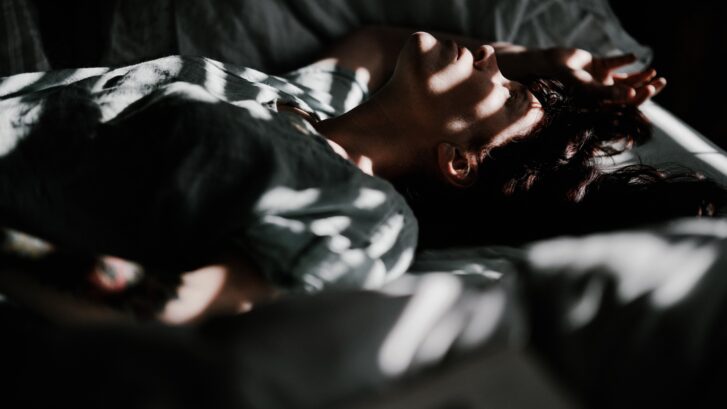 Our concierge doctors note the stress resulting from the coronavirus pandemic affects large portions of our population. This has manifested in many ways, including a sharp increase in insomnia.

Even without the pandemic, the National Institutes of Health (NIH) estimates that between 30 and 40 percent of the population experiences insomnia regularly. A 2005 National Sleep Foundation (NSF) poll showed more than half of respondents reported experiencing insomnia at least a few nights a week in the past year. Thirty-three percent said they had insomnia every night or nearly every night for the past year.

And since the advent of the pandemic, prescriptions for sleep medications are up 15 percent, according to pharmacy benefit manager Express Scripts. The UCLA Sleep Disorders Center reports insomnia complaints have soared 20-30 percent.

An occasional sleepless night is not technically categorized as insomnia. It’s when it becomes a longer-term occurrence that it is officially called insomnia. Ironically, though, the occasional sleepless night can quickly turn into insomnia when the sufferer begins worrying that it will happen again. The worry feeds the arousal state in the brain, thus leading to night after night of wakefulness.

How to beat insomnia

You’ve probably heard the typical suggestions for how to help your insomnia:

These tips may work for those with occasional insomnia. If your difficulty is chronic or worrisome, talk to us. We can perform a physical examination to ensure your insomnia isn’t caused by a correctable physical condition, such as sleep apnea or thyroid problems.

We can also suggest other measures that have proven useful. Cognitive behavioral therapy, various relaxation and breathing techniques, light therapy to reset the body’s circadian clock, and even short-term medication, if necessary, can all help.

In addition to these suggestions, consider trying is a weighted blanket. They have been around for several years, and many users have given them rave reviews. They help you to fall asleep more easily, sleep more soundly and sleep longer.

Until now, however, such testimonials had little science to back them up. That was until a new study was published last month in the Journal of Clinical Sleep Medicine. It found those who slept with weighted blankets experienced better sleep. They also reported fewer symptoms associated with depression and anxiety during the day.

Researchers suggested that the results were due to the pressure the blanket applies to different parts of the body. This stimulates the sensation of touch similar to acupressure and massage.

“I was surprised by the large effect size on insomnia by the weighted blanket and pleased by the reduction of levels of both anxiety and depression.”

If you’d like to try using a weighted blanket to help insomnia, be sure to purchase it at a place that allows for returns. Weighted blankets come in different weights, and weight preferences are highly individual. You may find you prefer a heavier or a lighter weight. Also be sure it’s washable. Opt for one without plastic beads, which could end up in the ocean.

Finally, if you have a tendency toward claustrophobia, you might not like the sensation of feeling trapped under a heavy object, so proceed with caution. You can try to simulate the effect of a weighted blanket by folding a large quilt in half and sleeping under that for a few nights. If you have no problem with that, then you may want to purchase a commercial weighted blanket.

In addition, never put a weighted blanket on a child under the age of three or one weighing less than 50 pounds, because there’s a danger of suffocation.