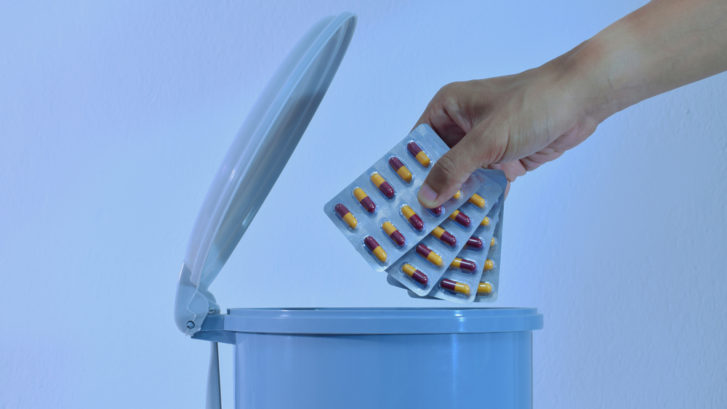 When your concierge family practice doctors at MD 2.0 in Jupiter, Florida, prescribe medication for you, we always review the instructions for taking it, and encourage any questions you may have. This is in addition to the medication information which the pharmacy includes in every prescription it dispenses.

But one of the questions that rarely comes up is the question of expiration dates. This is because everyone just generally assumes that unused medications should be disposed of when the contents of the package or bottle reaches its expiration.

In 1979, the U.S. Food and Drug Administration (FDA) began requiring an expiration date on prescription and over-the-counter (OTC) medicines.

Yet a recent article by the Associated Press (AP) asserted that “many people, including doctors, use medicines well after expiration.”

“I think everybody does,” Dr. Jennifer Lowry, a toxicology expert at Children’s Mercy Hospital in Kansas City, Missouri, told the AP.

The FDA still maintains that expired medical products can be risky, because they can lose their potency over time, or undergo changes in chemical composition that can cause unintended consequences.

Yet a former FDA official told the AP that he doesn’t hesitate to take expired drugs. “We probably are throwing away $60 to $70 billion a year [with expired medications],” said Ajaz Hussain, currently president of the National Institute for Pharmaceutical Technology and Education.

In July, 2017, National Public Radio, Inc., (NPR) reported the case of a forgotten box of prescription drugs found in a back closet an old retail pharmacy. Some of the pills it contained predated the 1969 moon landing, with most 30 or 40 years past their expiration dates.

In concert with the consumer watchdog group ProPublica, NPR reported the results of the largely forgotten 2012 study, which had been published in the Archives of Internal Medicine.

The results? Of the 14 different compounds still sealed in their original containers, 12 were still as potent as they were when manufactured.

So why does the FDA still adhere to the warning to consumers, and why do many states and the federal government require institutions and pharmacies to discard expired drugs? As with so many other things, money may be the answer.

The 1979 rule required drug manufacturers to provide data showing that their medications retained potency until the expiration date on the label, usually 12 to 36 months after manufacture.

“Since they are not required to check beyond [that date],” said NPR, “most don’t, largely because regulations make it expensive and time-consuming for manufacturers to extend expiration dates.”

So not only does it cost drug companies more to research expiration dates, they also have a less-worthy incentive: Expired drugs that are disposed of must be replaced, at a profit to the manufacturers.

The American Medical Association (AMA) is among the organizations that have called for extended expiration dates on drugs, and the U.S. military, the Centers for Disease Control and Prevention (CDC), and the Department of Veterans Affairs (VA) already stockpile a large amount of “expired” drugs for use in the event of a large-scale emergency.

And the Shelf-Life Extension Program (SLEP), a collaboration between the FDA and the Department of Defense (DoD) begun in 1986, found that 88% of 122 different drugs they studied should have their expiration dates extended between 1 year and 278 months (over 23 years), with the average recommended extension about 66 months (over five years).

Are expired drugs dangerous? The FDA continues to insist they can be, though no recorded instance of anyone being harmed has appeared in any medical literature.

The main issue appears to be potency. Such drugs as aspirin and the antibiotic tetracycline can both deteriorate rapidly after their expiration dates.

Your best bet is to store medications properly—away from high heat and humidity, and in their original containers—and to check with us if you have any questions about any drug we prescribe for you.