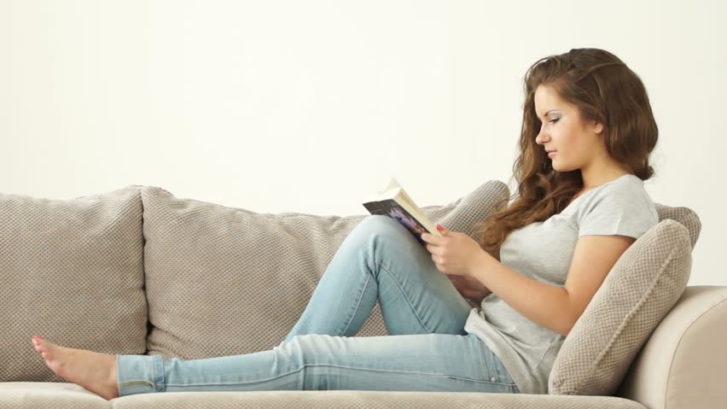 The construction of chairs and sofas today is much different from that of a few decades ago. Every one of them is overstuffed, sending the not-so-subtle message: come, sit, stay in super-relaxing comfort.

But the problem is the “stay” part. You may have heard the expression, “Sitting is the new smoking.” Researchers have known for several years that sitting for long periods is hazardous to your health, but a new study released last month revealed that lack of frequent movement is even more dangerous than previously known.

Published in the Annals of Internal Medicine, the study tracked the daily movements of 7,985 adults using hip-mounted accelerometers to actually record their activity, rather than rely on self-reported data. As the total time spent sitting increased, so did the risk of death from any cause, regardless of age, sex, race, body-mass index (BMI) or exercise habits.

Those who sat for less than 30 minutes at a time had a 55% lower risk of death compared with those who sat longer than that.

And it’s not just that comfy chair that increases risk. The hard desk chair or the car seat is just as dangerous. What about the popular standing desks? They have been designed and sold on the premise that standing is better. Not necessarily.

“Adopting any one posture for a long time is bad,” Jane White of the Institution of Occupational Safety and Health told CBS News. “Some of the [Metropolitan Police Service officers] recently collapsed . . . from standing up for too long. It’s being static that’s the health issue—it slows down the circulatory system, blood, oxygen, and vital nutrients.”

Despite all the studies, no one is exactly sure why prolonged inactivity is so risky, but Dr. I-Min Lee, a professor of medicine at Harvard Medical School, suggested it has harmful effects on sugar and fat metabolism, both of which affect a person’s risk of diabetes and heart disease.

Another explanation, reported by CBS, says that “electrical activity in leg muscles shuts down; your body effectively stops burning calories; enzymes that break down fat drop by 90 percent; HDL [the “good” cholesterol] production drops by 20%; and the risk of diabetes increases 24%.”

An infographic published in The Washington Post on the dangers of sitting too long cited many of the known risks: organ damage, including heart disease, an over-productive pancreas, and a greater risk for colon, breast, and endometrial cancers. It also noted muscle degeneration, leg disorders, including osteoporosis, and slower brain function resulting from prolonged periods of inactivity.

Dr. Joanne Foody, who directs the Cardiovascular Wellness Center at Harvard-affiliated Brigham and Women’s Hospital, said in the Harvard Heart Letter, “While we often think of the dangers of inactivity in terms of worsening cardiovascular health, there are myriad negative effects,” including higher rates of Type 2 diabetes and an increased risk of developing dementia.

So what can you do? Your MD 2.0 concierge doctors in Jupiter, Florida, recommend not sitting for longer than 30 minutes at a time. If you stand up every half-hour and move or walk around for five minutes, you’ll go a long way toward negating the risks of sitting. Set a kitchen timer, your watch, or your phone to remind you to get up and move. Don’t give in to the lure of the comfy chair.