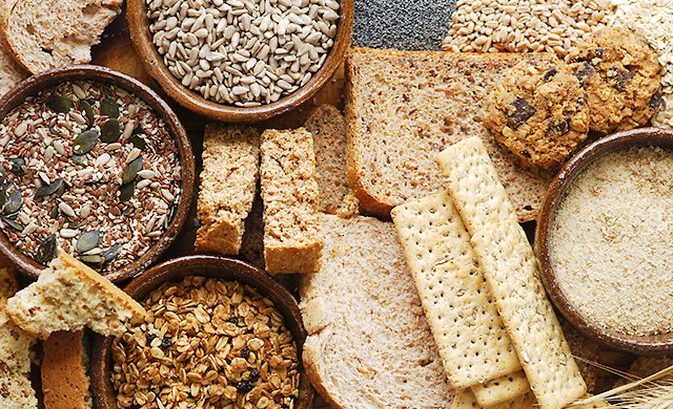 Approximately one percent of the population suffers from celiac disease, and their reaction to the gluten in even a small crouton can be diarrhea, abdominal bloating and pain, fatigue, seizures or migraines, severe weight loss, and many other unpleasant and even dangerous symptoms.

Yet nearly a quarter of the American public has jumped on the gluten-free bandwagon in recent years. Your MD 2.0 concierge physicians in Jupiter, Florida, see this frequently among our patients, when they proudly tell us they’ve cut out gluten and now feel so much better.

There may be some issues with this dietary regimen, however, that some adherents may not be aware of.

Gluten is a generic name for the various proteins found in certain grains. These include wheat, oats, barley, rye, and triticale (a wheat/rye hybrid). Derived from the Latin word for “glue,” it is the substance that is responsible for the elasticity of the dough of these grains, and it’s what holds the finished product together.

Aside from the difficulty of adhering to a totally gluten-free diet (gluten is even present in toothpaste, for example), there are other concerns being raised about a gluten-free diet for those who don’t require it.

First, celiac disease can only be diagnosed by a doctor. And to obtain accurate results, sufferers must have ingested high amounts of gluten for weeks prior to the test (five or six slices of bread a day is a typical requirement). If you’ve been cutting back or abstaining from gluten before being tested, we will have no way to accurately diagnose the cause of your complaints.

Second, as Dr. Andrew Weil points out, because many gluten-free products on the market substitute rice flour for wheat flour, adherents can end up accumulating large amounts of arsenic and mercury in their bodies, because rice “bioaccumulates” arsenic and mercury as it grows. He notes a 2017 study from the University of Illinois at Chicago School of Public Heath that found higher concentrations of arsenic in the urine and mercury in the blood of 73 subjects who followed a gluten-free diet for five years. Although that study did not investigate the health consequences of these toxins, another larger study showed that exposure to arsenic correlated to a higher incidence of heart disease 20 years later.

So what if you avoid rice products as well as gluten products? According to a report published in Harvard Heath Publishing, going gluten-free when it’s not medically necessary can cause nutritional deficiencies, including a lack of iron, thiamine, calcium, folate, phosphorus, zinc, and especially, B vitamins. It also notes that whole wheat is a major source of dietary fiber, which the bowels need to function properly. The lack of fiber—unless it’s carefully replaced with other sources—also contributes to the higher cardiovascular heart risk found in other studies, according to a report published earlier this year in BMJ (formerly the British Medical Journal).

Finally, another study published earlier this year that followed nearly 200,000 U.S. health professionals over 30 years, found that those following a gluten-reduced or gluten-free diet showed a slightly higher risk of developing Type 2 diabetes over the study period. Those who consumed the most gluten had a 13% lower risk of developing the disease. While not conclusive, the study did raise questions about the safety of going gluten-free. The authors suggested the lack of fiber noted in the other studies was a possible explanation.

It’s hard to resist fad diets when you hear so many celebrities, friends, and acquaintances extolling their virtues, but when it comes to your health, it pays to be sensible. We strongly suggest you consult with us prior to embarking on a gluten-free diet. We can help you sort out the myths from the facts.