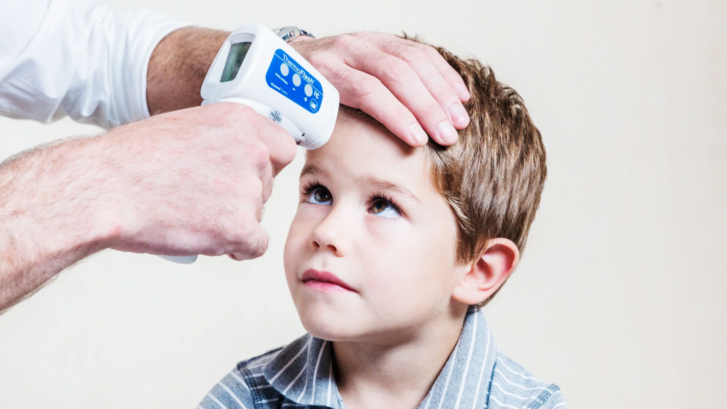 Our concierge doctors want to assure concerned parents that the strange new syndrome in children which is associated with the coronavirus is no cause for concern yet. But we do want to acquaint you with the symptoms and the possibility of its spread so you’ll know what to watch out for in your child.

To date, the new condition, which the Centers for Disease Control and Prevention (CDC) is calling “multisystem inflammatory syndrome in children,” or MIS-C, is now believed to have affected approximately 300 children in the U.S, at least five of whom have died. As well, doctors around the world have reported this unusual syndrome anywhere that has seen a high outbreak of COVID-19.

At least seven cases have been reported in Florida, with more expected to surface in the coming weeks. The Sun Sentinel reports that six Florida’s children’s hospitals say they are monitoring at least a dozen more suspected cases.

While tragic for the families involved, this means it still appears to be an extremely rare occurrence. On the other hand, physicians have only recently begun to associate the symptoms of MIS-C with SARS-CoV-2, the virus which causes COVID-19, so it’s possible the illness may be more widespread than is believed.

As with so much else connected with the novel coronavirus, we’re learning more about it every day, and now that the CDC has issued an alert to doctors to be on the lookout for MIS-C, more cases are likely to be reported.

To confuse the issue even further, late last month scattered reports surfaced of doctors seeing the same syndrome in some young adults in their 20s, and MIS-C cases continue to rise even as COVID-19 has begun to level off in adults around the country.

Originally thought to be an unusual outbreak of a rare form of Kawasaki’s disease because the symptoms  reported were similar (persistent fever, rash, and inflammation of the blood vessels), symptoms in children who have been identified as having MIS-C include:

In addition, MIS-C often appears to be characterized by a delayed onset of the most serious symptoms, approximately four weeks after exposure. Children may have the fever, body aches, loss of taste and smell or other symptoms indicative of COVID-19, appear to recover, then days or even weeks later exhibit some or many of the symptoms listed above.

Kawasaki’s disease was first identified in Japan in 1967, with symptoms that closely resemble MIS-C: an unusual rash, red eyes or mouth, prolonged fever, and swollen hands and feet. This is what led their physicians to identify what these children had as Kawasaki’s disease, which is extremely rare and normally seen only in children under five.

But in addition to Kawasaki-like symptoms, doctors were also finding such complications as enlarged coronary arteries, low blood pressure, and aneurysms potentially leading to blood clots and stroke.

Late last month, researchers in London released the results of a large-scale comparison study that found the most seriously ill children had significantly different blood markers from that of either Kawasaki disease or toxic shock syndrome, another illness which was suspected early on.

As with adults who are infected with COVID-19, children may have few of these symptoms until they become critically ill. Unlike the majority of adults, however, children who contract the MIS-C form of COVID-19 cannot be treated at home. The seriousness of their symptoms requires such medical intervention as anticoagulants, steroids, control of blood pressure, the occasional use of ventilators, and constant monitoring in case the patient goes into cardiac arrest.

As with the “cytokine storm” that has been attributed to so many COVID-19 deaths in adults, a similar overreaction of the immune system appears to be a factor in MIS-C. A so-called cytokine storm occurs from an overproduction of antibodies that results in severe inflammation and damage throughout the body, including the brain, heart, kidneys, and especially the lungs, as the body attempts to fight off this unfamiliar pathogen.

“What we’re seeing is the immune system is actually going into overdrive, impacting the body in a negative way,” Dr. Jake Kleinmahon, a pediatric oncologist at Ochsner Hospital for Children in New Orleans, told CBS News. “Some of these patients are having inflammation of their coronary arteries, and you can basically have a heart attack.” Kleinmahon has treated several children for the illness.

The most important thing for parents to know is that the MIS-C complication in children is still extremely rare. Most children who contract COVID-19 have either no symptoms or very mild ones from which they recover readily, despite the fact that preliminary research has shown that children appear to have even higher viral loads (i.e., a larger amount of the virus in their system) than adults.

Because of the stealth nature of MIS-C, however, be aware of the possibility that what might seem like a mild stomach bug or harmless rash could be something that requires immediate treatment.

“What we do know is that children who have this can get sick very quickly,” Dr. Fernando Mendoza, chief medical director for Baptist Children’s Hospital in Miami, told the Sun Sentinel. “We encourage parents not to be alarmed but be aware.”