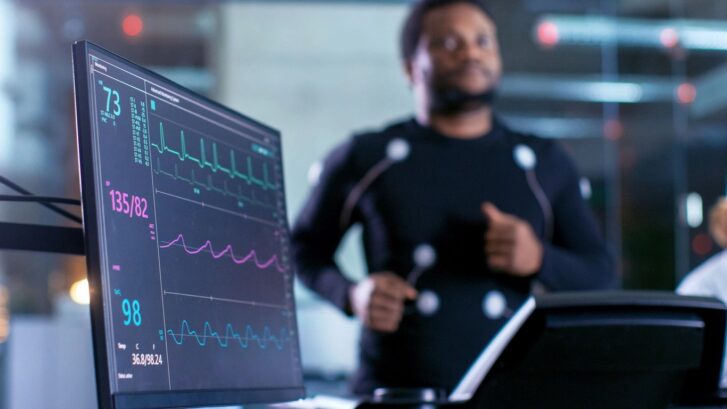 For decades, cardiologists have treated suspected heart disease the same way: regular stress tests, angiograms, angioplasty, and cardiac bypass surgery to repair defects. But several recent studies have upended this standard treatment protocol, so our concierge doctors at MD 2.0 wanted to share these new findings with you.

In recent years, some have begun to question the effectiveness of these widespread procedures, but they were so ingrained in the practice of cardiac care that most such debates were largely ignored. Still, as far back as 2007, studies were finding that angioplasty and stents were no better than medication for the treatment of non-emergency heart disease.

Last year, however, a major study seemed to answer the question once and for all. This was a federally funded, $100 million study, presented at the American Heart Association’s (AHA) annual meeting last fall. It found that such common interventions as coronary artery bypass surgery, angioplasty, and the implantation of stents in patients with stable heart disease is no better at preventing heart attacks and deaths than medication and lifestyle changes.

In fact, among study participants, those who underwent one of these popular procedures were more likely to experience a heart problem or die over the next year than those who were treated with drug therapy alone.

The National Heart, Lung, and Blood Institute (NHLBI) of the National Institutes of Health (NIH) sponsored the trial, which included 5,179 subjects from 37 countries, all of whom had prior indications of severe heart disease. At the beginning of the study, all participants were given stress tests—walking on a treadmill while researchers tested their arterial blood flow—with the results suggesting some degree of blockage.

Half of the subjects were directed to continue with the medication they were receiving from their own doctors, while the other half received angiograms (dye tests to pinpoint the area of blockage). Of those, three-quarters received angioplasty (inserting a stent to the blockage through blood vessels), while the fourth quarter received a bypass operation.

After one year, seven percent of those who received the invasive procedures had a heart attack, heart-related death, went into cardiac arrest, or were hospitalized for increasing chest pain or heart failure. The medication group experienced similar events just five percent of the time.

According to Judith Hockman, senior associate dean for clinical sciences at New York University’s Grossman School of Medicine, and one of the trial’s leaders, this study confirms the findings from earlier ones, and show there’s “absolutely no risk in trying medicines [first] and seeing if the patient gets better.”

For non-emergency patients, she said, the study shows “there’s no need to rush” into the traditional interventions.

Along these same lines, another large study on the value of stress tests was published this spring in the New England Journal of Medicine (NEJM). It appeared to confirm the findings of the earlier NIH study, and showed that—for those who are not in the midst of a heart attack—using the results of a stress test to perform invasive preventive cardiac procedures did not reduce the rates of subsequent heart attacks or prolong life versus those who didn’t receive such interventions.

These findings hold true only for those with so-called stable angina; that is, those with chest pain on exertion, but who are not having a heart attack. Those experiencing a heart attack require angioplasty or bypass surgery to immediately restore blood flow to the heart.

And participants with chest pain did markedly better with angioplasty or bypass surgery in relief of their symptoms than those who used medication alone. Half those who received an invasive procedure were free of their daily or weekly chest pain a year later versus only 20 percent of those taking drugs.

Researchers surmised that, because the invasive procedures zero in on only a single blockage, medications might produce a better result overall because they affect all the arteries, thus preventing other blockages from forming.

Will the results of these studies radically change cardiac care procedures in the U.S.? Eventually, probably.

“Doctors have very strong emotional beliefs, and they’ve been practicing in a way that sends these patients straight to the cath lab for generations, and that’s not going to change overnight,” said John Spertus, one of the study’s leaders and a cardiologist at St. Luke’s Mid-America Heart Institute.

But it does provide both patients and doctors with more information, and a way to chart the most sensible path to treating stable, i.e., non-emergency, heart disease.

Another study leader, David Maron, director of preventive cardiology at Stanford University, noted, “We want patients to understand that it’s okay to pause and it’s not urgent that they have a procedure.”

We concur, while at the same time noting that each patient is different, with differing needs and expectations. So if you have questions or concerns about possible heart procedures, please feel free to discuss them with us.