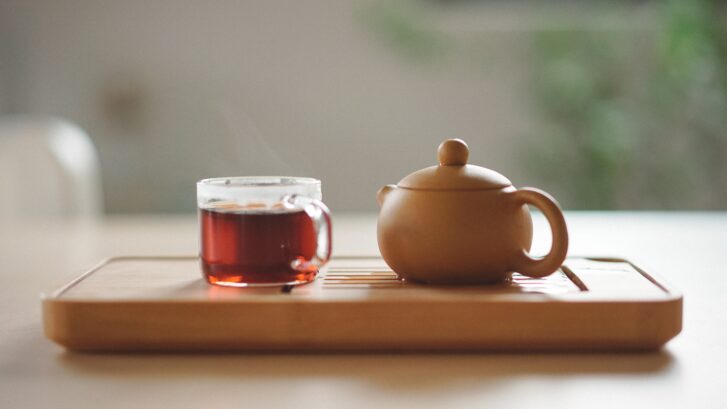 To our concierge family practice doctors in Jupiter, Florida, tea is the second-best beverage you can drink for good health. It comes as a close second, of course, to drinking water.

The practice of brewing leaves appears to go back at least 5,000 years, but its actual origins are hazy. The most persistent legend concerns a Chinese emperor who drank a bowl of hot water that was boiled for sanitary purposes. He was in his garden when a few leaves fell into his bowl, surprising him with the resulting pleasant flavor.

But a great deal of recent research has found there’s far more to be found in a cup of tea than a soothing drink.

For example, drinking tea regularly may help you live longer. A new a peer-reviewed study published in the January issue of the European Journal of Preventive Cardiology explores this theory.

“Habitual tea consumption is associated with lower risks of cardiovascular disease and all-cause death,” lead author Dr. Xinyan Wang of the Chinese Academy of Medical Sciences in Beijing, said in a statement.

Black tea has long been known for numerous health benefits. One 2019 study found it could help control diabetes by inhibiting glucose in the blood. This may help in the management of diabetes.

Another study last month from the University of California showed compounds in both green and black tea relax blood vessels. This is why the beverage has been known for years to lower blood pressure.

Other research has shown that tea can help inhibit free radicals, substances that can trigger cancer and rheumatoid arthritis.

Tea has even been found to help with weight loss. A 2017 study by UCLA researchers found black tea changes the bacteria in the gut, like green tea has been shown to do. Both green and black tea are prebiotics. These substances induce the growth of beneficial microorganisms that contribute to overall health, as well a prompting weight loss.

Other reasons to consume tea regularly include:

Why the many benefits?

“Of all the super foods, tea has some of the highest levels of polyphenols, which are critical for immune function, as well as antioxidants and catechines, which help the body fight off viruses and bacteria,” nutritionist Ann Louise Gittlemen, Ph.D., told Woman’s World.

Which type of tea is best?

If you’re drinking tea for its health benefits, naturally you’d like to know which one will offer the most advantages. The short answer is, all of them. Unless you’re talking about herbal teas, they all come from the same plant; they’re just processed differently.

White tea is made with young tea buds. Green tea is processed so that the leaves retain their color. Black tea is produced from crushed leaves that have been fermented to produce a darker color and flavor. Oolong tea is processed in between the green and black stages. All confer health benefits to one degree or another.

Other than the caffeine, which may be an issue for some people, the only problem with drinking tea is when other substances are added to it. Adding milk may reduce its benefits, by binding to the beneficial compounds. Adding sugar or honey can quickly negate its health impact.

And if you’re picking up a 16-ounce chai latte with two percent milk at the takeout window, you should know it contains 42 grams of sugar, or about 10 teaspoons. That’s more than double the recommended daily sugar intake for women.

Lemon, however, was found in at least one study to enhance absorption of tea’s beneficial compounds.

A word of caution: After green tea became widely popular to aid in weight loss a few years ago, manufacturers jumped on the bandwagon with green tea supplements. These, however, have been implicated in possible liver damage due to their high content of catechins. The same issue has not been seen by drinking the beverage.

So when you’re deciding on a beverage, keep in mind that tea is not only tasty, but also good for your health.