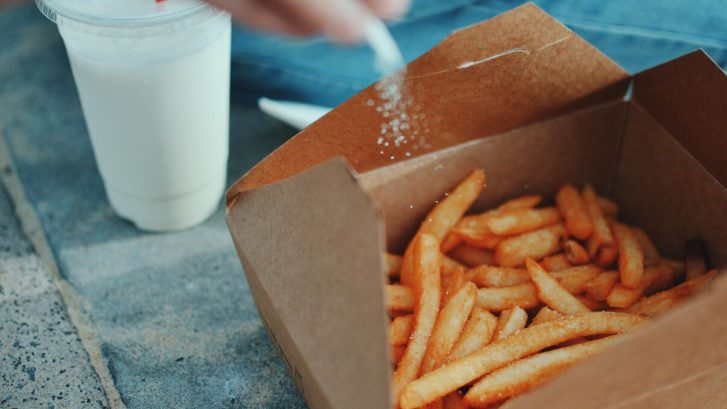 We need salt to stay alive. Ironically, however, too much of this good thing can kill us. And, thanks to the proliferation of processed foods, we’re getting ever more of this potentially deadly substance.

The World Health Organization (WHO) earlier this month released a cautionary report reminding us that—as a species—we generally take in far more salt than we need. Enough, in fact, to kill three million of us worldwide every year.

Because salt is such a central part of our diet, our primary care concierge doctors at MD 2.0 in Jupiter want to bring you up to date on the latest research.

First, understand that the words “salt” and “sodium” are often used interchangeably, but they don’t mean the same thing. Salt, or sodium chloride, is a crystal-like compound that is abundant in nature. Sodium is a mineral, and one of the chemical elements found in salt.

Sodium is naturally present in many foods, and is necessary for numerous body functions. The essential minerals in salt aid in muscle function, fluid balance, and nerve transmission, thus promoting brain function.

Moderate amounts of sodium also help maintain the extracellular fluid necessary to the cells’ function. Without adequate sodium, the body’s fluids would dehydrate, resulting in low blood pressure and death.

There is even a medical name for insufficient sodium in the body: hyponatremia. Most likely to affect elderly people who are taking diuretics to control high blood pressure, the condition can cause confusion, dizziness, and unexplained tiredness.

For those under 60 who don’t have high blood pressure, there may be a “sweet spot” of sodium intake.

Consequences of too much

The average American today consumes more 55 percent more salt than in 1980, largely thanks to the proliferation of processed foods.

According to the U.S. Food and Drug Administration (FDA), sodium attracts water, and a high-sodium diet draws water into the bloodstream, thus increasing the volume of blood and subsequently your blood pressure.

Over time, high blood pressure (hypertension) injures blood pressure walls, leading to the build-up of plaque that blocks blood flow. Because hypertension causes the heart to work too hard, the high force of blood flow can harm arteries and organs throughout the body (heart, kidneys, brain, and eyes).

The new WHO guidelines recommend that people consume less than two grams of sodium per day. These guidelines are given in grams (g), but most processed food packaging expresses the sodium content in milligrams (mg). It’s helpful to know that 1,000 mg of sodium equals one g.

The FDA explains that the Nutrition Facts label on packaging can help you make informed decisions about sodium intake. The total amount of recommended sodium intake per day is less than 2,300 mg. The Daily Value (DV) listed for sodium on each product label tells you how much of it contributes to the recommended allowance for your daily diet.

As a general guide, the FDA says that five percent DV or less of sodium per serving is considered a low amount of sodium, while 20 percent of the DV is considered high. (Tip: Always check the serving size when evaluating the nutrition facts on the label.)

According to the Centers for Disease Control and Prevention (CDC), about half of the sodium consumed by Americans comes from the following foods:

So how can you cut your sodium intake? Cooking food yourself is the best way to ensure you don’t get too much salt. And if you must add salt, do so at the table, not at the stove. Cooking with herbs and flavored vinegars will provide the taste you crave without adding salt.

Try to avoid packaged, processed foods whenever possible, and look for those marked “low-” or “no sodium.” And at restaurants, either request less salt in the dish when you place your order, or check the menu for the sodium content of the offerings.