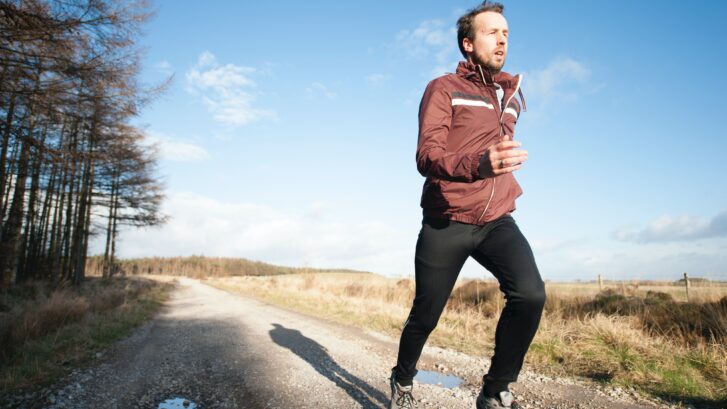 Of course running is bad for your knees, right? Everybody knows this. After all, it only makes sense. You’re bringing the full weight of your body down on these joints with every step, so you’re wearing out the cartilage from overuse.

But our concierge doctors have often found that what seems like “common sense” is anything but, which is why we look to science for answers.

Rather than the widespread notion that running wears out the cartilage in the knees, it appears the opposite is true. The old adage “use it or lose it” apparently applies here.

Over the last fifty years, researchers have been looking at the question of whether running is bad for the knees.

One of the oldest studies dates to 1971. Here researchers began studying the children and spouses of the Framingham, Massachusetts Heart Study. Called the Framingham Offspring Cohort, 1,279 volunteers participated in a study of exercise and arthritis, which ultimately found no link between jogging and arthritis.

A 2008 study at Stanford University not only confirmed the Framingham findings, but in a 21-year-long follow-up, the runners “experienced significantly less musculoskeletal disability than did their less-active peers,” according to a Harvard University report on the study. They also found that runners experienced less disability and lived 39 percent longer than those who weren’t as physically active.

An Australian study that same year found subjects who engaged in vigorous exercise had knee cartilage that was thicker and healthier than those who didn’t exercise routinely.

In another study, published in the Journal of Orthpaedic and Sports Physical Therapy in 2017, 10 percent of those who weren’t runners developed osteoarthritis in their knees or hips over the course of the study. Only 3.5 percent of runners did so.

What about the frequent reports of runners experiencing knee problems? Experts believe that they would have happened whether subjects were runners or not. Researchers attribute the onset of osteoarthritis to obesity or genes, rather than overuse of the joints.

And one recent study published in the European Journal of Applied Physiology seems to bear this out.

Researchers asked six recreational runners, ages 18-35, to spend 30 minutes running, and then extracted the cushioning synovial fluid from their knees. They found that two cytokine markers for inflammation were lower in the runners than in a control group of non-runners.

“What we now know is that for young, healthy individuals, exercise creates an anti-inflammatory environment that may be beneficial in terms of long-term joint health,” the study’s lead author, Robert Hyldahl, BYU assistant professor of exercise science, said in a statement. He further wrote that the study results indicate exercise may help delay the onset of such joint degenerative diseases as osteoarthritis.

“In fact, a normally functioning joint can withstand and actually flourish under a lot of wear,” James Fries told Time magazine. Fries was the lead researcher on the Stanford study, and is professor emeritus of medicine at Stanford.

He explained that cartilage—the soft connective tissue that surrounds the bones in joints—doesn’t contain arteries that deliver blood along with its rejuvenating dose of oxygen and nutrients. Therefore, cartilage depends on movement to obtain needed nourishment.

“When you bear weight,” he said, “[the joint] squishes out fluid, and when you release weight, it sucks in fluid,” thus delivering the necessary nutrients to build new cartilage.

Running, however, does carry some element of risk, including the possibility of stress fractures and soft-tissue injuries. But with proper precautions, these can generally be prevented.

Here are some tips to prevent running injuries:

You need to be fitted with a proper pair of running shoes, matched to your gait and foot size. Don’t try to run in regular footwear.

To ensure good support for your knees as you run, be sure to exercise all your leg muscles, especially the quads and glutes.

Before you begin each run, always warm up with long, slow stretches to get the blood flowing. As with any form of exercise, you need to build up to full speed gradually. Pace yourself as you start out or if you’re returning to running after a long time away from it.

If your strides are too long, you’ll land on your heels, a prime cause of shin splints and joint pain. Shorter strides will allow you to land on mid-foot, minimizing the chances of injury. In addition, a 2018 study found that leaning forward slightly while running can help reduce the stress on your knees. Ensuring proper form will optimize your run.

Alternate days of running and days of other forms of exercise to allow muscles and tendons time to heal.

If you have any questions about your body’s ability to withstand any type of exercise, be sure and talk with us.