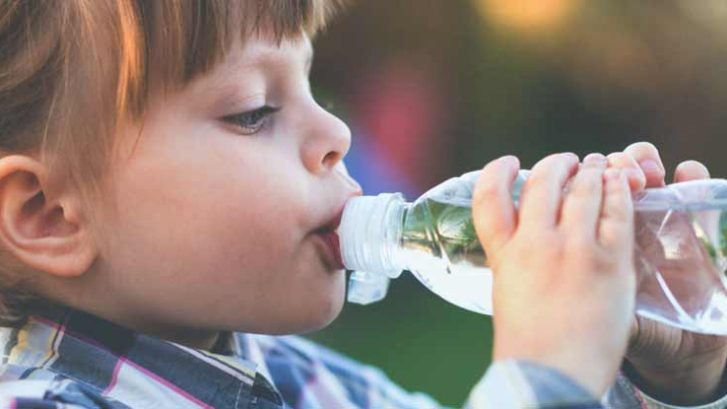 It’s not officially summer, yet we’ve already seen an onslaught of record-high temperatures here in South Florida. Your concierge physicians at MD 2.0 in Jupiter, Florida, want to remind you of the risks of dehydration in children.

Young children are particularly at risk from dehydration because they don’t perspire as much as adults do, and because they don’t recognize thirst signals. Or, they may be so involved in their play that they don’t want to interrupt what they’re doing to stop and take a drink.

Here’s what can happen when a child becomes dehydrated. It may begin with a complaint of a headache, lack of energy, or dry mouth. They may complain of being “hot.”

As the dehydration becomes worse, children may become confused, stop sweating, be unable to produce tears, and urine output will decrease. They may also experience painful muscle cramping in arms, legs, or the abdomen, as well as heart palpitations.

The next two stages—which can lead rapidly to death if not immediately treated as a medical emergency—include heat exhaustion and heat stroke.

The first, heat exhaustion, includes such symptoms as nausea, vomiting, dizziness, weakness, and, possibly, unconsciousness. This stage can rapidly progress to the second, heat stroke, which is characterized by a temperature of 104 degrees F or higher, as well as disorientation or delirium, lack of sweating, shortness of breath, unconsciousness, and finally, coma.

A good hedge against dehydration begins even before children go outside to play. Make sure they’re fully hydrated before they leave the house.

The American Academy of Pediatrics (AAP) recommends that parents be proactive during extreme heat periods and enforce drink breaks every 20 minutes during summer activity, whether or not the child has mentioned feeling thirsty. The AAP says a child weighing 88 pounds should consume five ounces of cold tap water, and nine ounces for a teen weighing 132 pounds. One ounce is approximately two small gulps.

In addition, your direct primary care doctors at MD 2.0 remind you that children can become dehydrated at any time of the year, not just during the type of weather we’ve been experiencing lately. You should encourage them to drink frequently even when they’re engaged in such indoor activates as gym class.

One easy way to monitor your child’s hydration is to weigh him or her before and after any vigorous activity. Weight loss means the child isn’t drinking enough during such activities. And of course, the classic test is urine color: Urine should be clear or light yellow, which signals the child is drinking enough water.

And opt in favor of water or milk, says the AAP. Sports drinks contain too many unnecessary additives.

If you have any questions on this subject, don’t hesitate to contact us.