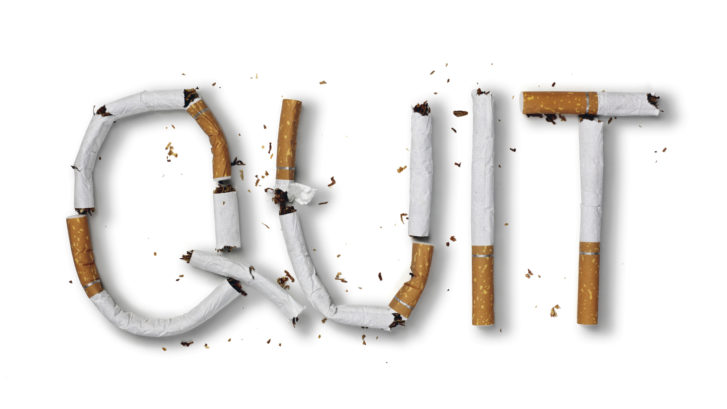 If you’re one of the 15% of Americans who have yet to quit the smoking habit, you probably tell yourself on a regular basis, “I’m going to quit. Soon.” But “soon” never seems to arrive.

You know the reasons why you should stop without our having to tell you: better lung capacity, longer life, fresher breath and clothes, more money in your pocket . . . not to mention avoiding the diseases to which smokers are prone: heart disease, cancer, emphysema, and so on.

Next Thursday, why not join the millions of Americans who’ll be taking advantage of The Great American Smokeout to become former smokers.

1. Quit cold turkey. Tapering off rarely works, because those little white sticks have a way of worming their way back into your daily routine.

2. Make a list of reasons why you want to quit. We gave you a few above. Your list will likely contain more reasons that are personal to you. For example, you want to live to see your grandchildren’s weddings, or it’s not fair to your non-smoking partner to continually subject him or her to the odor, or the second-hand smoke is harming your children or even your pets. Maybe you’re just tired of running outside every hour or more. Positive reasons are usually more successful than negative ones.

3. Exercise, exercise, exercise. Not only will this help relieve the tension you could experience as you withdraw from the drug, it will help ward off weight gain, and fill your lungs with oxygen instead of the chemicals and toxins contained in cigarette smoke.

4. Drink plenty of water and fruit juice in the first three days, which will help flush the nicotine from your system.

5. Spend as much time as you can in places where smoking isn’t allowed: the mall, the movies, restaurants, museums . . . any place where you won’t encounter someone smoking. Along these same lines, avoid smokers, even if they’re friends of yours. Especially if they’re friends of yours; you may begin to resent the fact that they can smoke and you can’t, and you may take it out on them.

6. Figure out how much you’ve been spending on smoking before you quit. Then decide what you’re going to buy with that money. Don’t say “groceries.” Think of it as “found money,” and treat yourself to something special.

7. Practice deep breathing. Not just to see how much better your lungs have gotten since you gave up the addiction. Deep breathing relaxes you, and helps remove toxins (including smoking-related toxins) from your system. Abdominal breathing, in which your belly expands on inhalation and contracts on exhalation, will reduce stress, whether smoking-related or not.

8. Fight the oral fixation. Part of the attraction of smoking has to do with frequently putting something in your mouth. Substitute such healthy alternatives as carrot sticks, celery, grapes, and unsalted nuts. Some people use candy, but this can cause weight gain due to the extra sugar it contains.

9. Avoid alcohol and caffeine, both of which are often accompanied by a cigarette. In addition, alcohol can depress you and caffeine makes you jittery. You can resume them later, after your cravings have ceased.

10. Realize that the hard part won’t last forever. Most habits can be broken in approximately three weeks, so you won’t miss the lighting up and hand-to-mouth rituals of smoking after that time frame. And the nicotine craving will subside much sooner than that, often in a matter of days.

Remember, you can do it. Millions have. Make the decision and go for it!