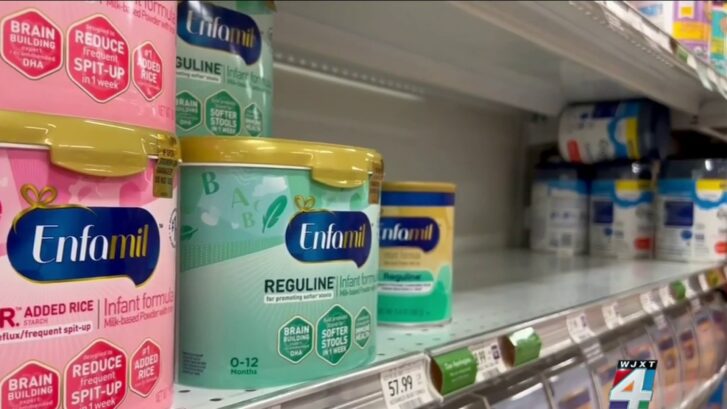 At this point in the pandemic, we’re better off than we were 18-20 months ago when store shelves were stripped nearly bare of almost every essential. But scattered shortages still linger, including a serious shortage of baby formula.

This is what’s concerning our concierge doctors in Jupiter the most because there are few other options available to new mothers. So we want to explain why this is happening and what you can do about it.

Of course, the pandemic-related supply chain interruptions are impacting various goods, but in this case, the main cause of the baby formula shortage is a recent recall by Abbott Laboratories, the maker of Similac, and other specialty formulas.

Abbott recalled all of its powdered formula that was manufactured at its Sturgis, Michigan plant after four babies became sick from bacterial infections and two of them died, according to the U.S. Food and Drug Administration (FDA).

Abbott released a statement saying it is ramping up production of Similac and working to obtain supplies from Europe, but according to Datasembly, a retail software company, approximately 30 percent of formula products were out of stock on shelves as of last month. Some retailers, including Target, Walgreens, and CVS have limited the amount consumers can buy because hoarding is adding to the problem.

“Baby formula is still available in some shops, but supply is very patchy and ‘out of stocks’ arise very quickly,” Neil Saunders, managing director of GlobalData Retail in New York, told The Washington Post.

“Unfortunately, shortages encourage some people to buy in bulk and hoard, which further contributes to availability issues,” he added.

What not to do

In addition to running from store to store and searching websites and making frantic phone calls to find the product they need, some parents are resorting to other measures to feed their infants.

One option that pediatricians recommend against is the practice of mixing different formulas or diluting their supply with water in hopes of making it last longer. But doctors caution that this can prevent babies from receiving all the nutrients they need for growth.

“The big thing we want folks to do is to make sure they don’t try to skimp or do things on their own by diluting out the formula to try and make it last longer,” Community Health Network’s Dr. John Kunzer told Indianapolis TV station WTHR.

Wendy Cruse, a clinical nutrition manager at Indianapolis’ Riley Hospital for Children, agrees that the practice could cause problems.

“They won’t get enough carbohydrates for their brain or protein for growth or any of the other vitamins and minerals,” she told WTHR.

“You definitely don’t want to mix anything and have the wrong ratio,” she said.

Another problem with the practice is the possibility of causing an electrolyte imbalance, which can lead to seizures, according to Peggy Chapman, a pediatrician with One Medical in New York City.

“Infant formula should never be diluted, as this can reduce the caloric density and could cause life-threatening electrolyte imbalances,” she told Forbes Health.

First of all, don’t panic. The manufacturers, including Abbott Nutrition, Reckitt Benckiser, and Gerber Products, are increasing their supplies in order to meet demand. So the American Academy of Pediatrics (AAP) urges parents to limit purchases to a 10-day to two-week supply to help alleviate shortages.

Here are some other options the AAP suggests:

“Although recipes for homemade formulas circulating on the Internet may seem healthy or less expensive, they are not safe and do no meet your baby’s nutritional needs,” says AAP’s Dr. Steven A. Abrams.

Abrams also recommends avoiding milk products or milk alternatives for infants less than six months of age. Toddler formulas are not nutritionally formulated for infant needs, but Abrams says they are safe to use for a few days for babies older than six months.

He also echoes the other experts on diluting formula.

“Never water down formula!” he says. Always follow label instructions or those given to you by your pediatrician. Watering down formula is dangerous. It can cause nutritional imbalances in your baby and lead to serious health problems.”

Whattoexpect.com offers these other suggestions:

As always, if you have any questions please let us know.