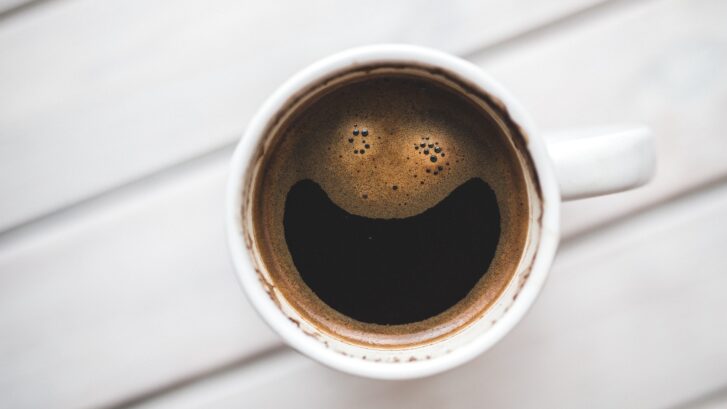 If you love your morning cup of java, our concierge primary care doctors at MD 2.0 in Jupiter want to encourage you to drink up. That’s because recent research has linked benefits of regular coffee consumption to a decreased risk of diabetes, heart disease, strokes, Alzheimer’s disease, Parkinson’s disease, and liver cancer.

And there’s more good news from a new study by the American Heart Association (AHA). It found that drinking one or more cups of plain, caffeinated coffee a day was associated with a long-term reduced risk of heart failure.

The study, published last month in the AHA’s journal Circulation, used the latest available analytic tools to take a new look at existing data. This data came from the well-known Framingham Heart Study, the Atherosclerosis Risk in Communities Study, and the Cardiovascular Health Study. Some of the data gathered in these highly respected, long-term studies date back to 1948 through today. Together, they analyze thousands of adult Americans.

The researchers found that the risk of heart failure dropped between five percent and 12 percent for each cup of black coffee the subjects drank. The risk declined even more, to 30 percent, when subjects drank two or more cups daily in one of the studies. (Heart failure occurs when the heart has difficulty pumping enough blood to the body. Symptoms generally include fatigue and shortness of breath.)

Decaffeinated coffee did not demonstrate the same benefit, however. Research showed the risk of heart failure actually increased with decaf drinkers. And the AHA also warned against expecting the same health benefits when drinking coffee flavored with creamers, sugars, and other additives. These can cancel out the gains of drinking coffee plain.

“The association between caffeine and heart failure risk reduction was surprising,” senior author Dr. David Kao, medical director of the Colorado Center for personalized Medicine at the University of Colorado School of Medicine in Aurora, said in a statement.

“Coffee and caffeine are often considered by the general population to be ‘bad’ for the heart because people associate them with palpitations, high blood pressure, etc. The consistent relationship between increasing caffeine consumption and decreasing heart failure risk turns that assumption on its head,” he added.

Coffee—once thought to be bad for your health—continues to be found to offer a number of benefits.

Let’s look at one study published in the journal Annals of Internal Medicine in 2017. It found coffee drinkers experienced a lower rate of death from all causes, especially for circulatory and digestive diseases.

What accounts for the benefit? Researchers aren’t certain. They theorize since the beverage is loaded with antioxidants, they play a significant role in its health effects. Antioxidants are the chemical compounds known to repair damage to DNA.

“Caffeine is the first thing that comes to mind when you think about coffee,” said Diana Vizthum, M.S., R.D, a research nutritionist for Johns Hopkins University School of Medicine. “But coffee also contains antioxidants and other active substances that may reduce internal inflammation and protect against disease.”

A second study published in the same journal seemed to link one cup of coffee per day with a 12 percent decrease in the risk of death.

The longevity benefit seemed even higher in those who drank more. With two or three cups per day, subjects experienced an 18 percent lower risk of death.

And even more benefits of drinking coffee

Other studies have suggested some surprising benefits of coffee consumption, according to Johns Hopkins:

You can get too much of a good thing, however.

Previous studies have suggested that five cups of coffee a day is the outer limit of safety. In fact, a 2009 study found a 17-21 percent increased risk of death among those who drank four or more cups a day.

Other possible negative effects of too much coffee include increased heart rate, increased blood pressure, anxiety, and insomnia. In addition, a 2017 study found that pregnant women who drink more than four cups of coffee a day were more likely to risk low birth rate babies, preterm births, and stillbirths.

As always, your local concierge medical doctors are here and available to discuss this or any other health concerns you may have.