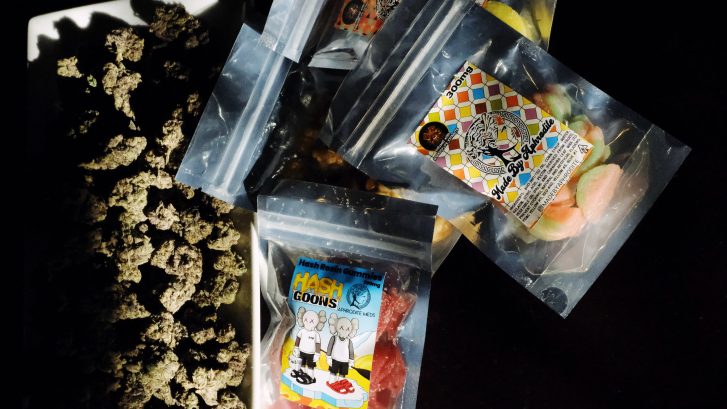 Many people continue to regard marijuana as a benign drug, similar to alcohol. But, as anyone whose life has been ruined by alcohol abuse can attest, things aren’t always what they seem. So our concierge primary care doctors at MD 2.0 in Jupiter want to make you aware of the possible downsides of this increasingly legal drug. We especially consider the danger to kids posed by edibles.

The side effects of drugs

First of all, too few people are aware that any drug can cause side effects. This includes prescription or over-the-counter (OTC) medications, alcohol, even aspirin. Every body is unique, and reacts differently to different substances. What can cause problems for some people won’t have the same effect in others. And overuse of any drug can result in serious consequences.

Late last month, for example, Rep. Debbie Dingell (D-MI), underwent emergency surgery for a perforated ulcer. Her doctors determined the cause was the 800 mg of ibuprofen she’d been taking twice a day for the lingering pain of jaw surgery in January.

And we have even less knowledge about possible serious side effects of marijuana, despite many decades of illegal use. Little scientific research has been performed on it because until recently federal law has forbidden any studies of the drug.

Therefore, reports of its effects are largely anecdotal. Many users compare it favorably to alcohol. They note the lack of a hangover after use, the lower potential for addiction, and statistics showing that marijuana rarely results in the violence so often associated with alcohol abuse.

Nevertheless, marijuana can carry hazards for many people. And, despite some users’ contention, it is possible to overdose on marijuana. This occurs mainly through the use of increasingly popular edible products containing marijuana.

A recent New York Times report revealed the skyrocketing number of admissions to hospital emergency rooms triggered by the use of edible marijuana products. Symptoms seen in those admitted included:

The Times report concluded the use of edibles allows users to ingest far more of the active substance in marijuana—THC, or tetrahydrocannabinol—than they would when inhaling it. That’s because of the delayed reaction experienced when ingesting marijuana vs. inhaling it. Users don’t know how much to ingest to achieve the “high” they’re after, so they don’t know when to stop.

And if that can be the result in teenagers and adults who consume edibles knowingly, it’s far worse in children who encounter the substance by accident. Kids are especially at risk when edibles are near by.

A new study published last month in the journal JAMA Network Open found a pattern as more states legalize marijuana for recreational use. Children under 10 are at increased risk of accidental poisoning from such consumable products as edibles, concentrates, extracts, and vape juice, as opposed to the dried plant used for inhaling the drug.

The largest proportion of calls to poison control centers from January 2017 through December 2019 involved edibles. The study revealed 36.6 percent of the calls were attributed to edibles.. It also found that states that had legalized marijuana saw a proportionate increase in such calls.

“Children are especially vulnerable to poisoning by cannabis in edible products,” Dr. Brian Johnston, a professor of pediatrics at the University of Washington, told CNN. “These products look like cookies, brownies, gummies, candy, or soda. Many are even intentionally packaged to resemble popular sweets,” he added.

Johnston, an executive committee member of the American Academy of Pediatrics’ Council on Injury, Violence and Poisoning Prevention, was not part of the study. But he told CNN that products made from marijuana are far more potent that the actual weed.

“Despite their ordinary appearance, a single cannabis cookie or candy bar can contain several times the recommended adult dose of THC,” he said. “Anyone who eats one of these products—especially a child—can experience overdose effects such as intoxication, altered perception, anxiety, panic, paranoia, dizziness, weakness, slurred speech, poor coordination, or even breathing and heart problems.”

Johnston told CNN that parents “can set a good example and never use these products in front of children.”

He also provided the following tips:

“If your child eats marijuana by accident, call the free poison control hotline—1-800-222-1222—as soon as possible for fast help. If symptoms seem severe, call 911 or go to an emergency room right away.”