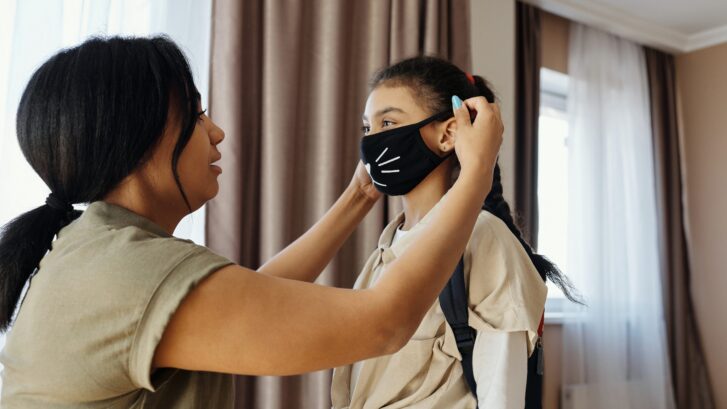 With all the millions of words that have been written about the novel coronavirus over the past year, relatively few have covered the topic of COVID-19 and kids. That’s because, once it was discovered that most of the serious illnesses and deaths were concentrated in those who are older, kids seemed to have been forgotten, except for the impact on their schooling.

But our concierge doctors in Jupiter, Florida, have been seeing more studies and reports that have begun to focus on children. We want to pass along the newest information in this area.

The SARS-CoV-2 coronavirus is not like the 1918-20 flu, which disproportionately affected younger people while sparing older adults. This has been far less prevalent and less lethal in children than in adults.

The latest figures show that approximately 3.17 million children in the U.S. have been infected with the coronavirus. The American Academy of Pediatrics (AAP), however, believes that these numbers are underreported. This is because so many children have mild or even no symptoms of the virus. This means they may not be tested, and therefore their cases may not show up in the statistics.

Over half a million adults in this country who have died from COVID-19 infections. There have been fewer than 250 pediatric deaths, however.

On the other hand, cases among children appear to be rising. They can again participate in more sports and social activities, and more schools are opening full time. This can be a problem, because even though serious coronavirus illness among children is extremely rare, it does happen.

Serious complications for kids from COVID-19

One of the more concerning complications is the syndrome known as “multisystem inflammatory syndrome in children,” or MIS-C. Since the outbreak of the pandemic, there have been 2,617 cases of MIS-C in children in the U.S., including 33 deaths.

Symptoms, which may appear as long as weeks after an initial bout with COVID-19, include:

The second complication now being seen more often in children is so-called “long-haul COVID,” in which debilitating symptoms linger long after the initial infection has cleared up.

Reports from around the world are finding more cases of children experiencing serious aftereffects—even those who had no symptoms of the coronavirus. These affects include fatigue, difficulty breathing, heart palpitations, or chest pains. One Swedish television station reported more than 200 long-haul cases in children, some of whom were “completely bedridden.”

Last month, the CDC updated its guidance on reopening schools to allow more children to attend in-person learning. The agency simultaneously released three studies which seem to show that the primary method of transmission in schools. Primarily, it passes from children to adults and adults to adults, not child to child.

One of those studies showed that here in Florida, 60 percent of COVID-19 cases among students were not acquired in schools. Instead, sporting and social events were more likely to result in transmission.

The new guidelines have caused controversy, with some saying they’re too lax. The old guidance likewise caused controversy, with others claiming they were too strict. The new guidance requires only three feet between desks, rather than the six feet previously recommended. It also recommends other measures, including universal masking and contract tracing of infected persons.

The CDC hopes the new guidelines will help alleviate the many problems associated with keeping children out of school. These include: lack of social interaction and the resulting mental health impact, poor nutrition for some disadvantaged children, the effect on parents who must take time off work, and of course the long-term impact on learning.

“Look, 100 feet is safer than six feet, which is safer than three feet,” former CDC director Tom Frieden said during a Washington Post Live interview last month. “Is three feet okay for most schools? Absolutely, if they mask, if they rapidly identify cases, and isolate and quarantine.”

Our primary care doctors will continue to keep you updated on the latest findings. In the meantime, if you have any questions about the virus’s impact on your kids, please let us know.